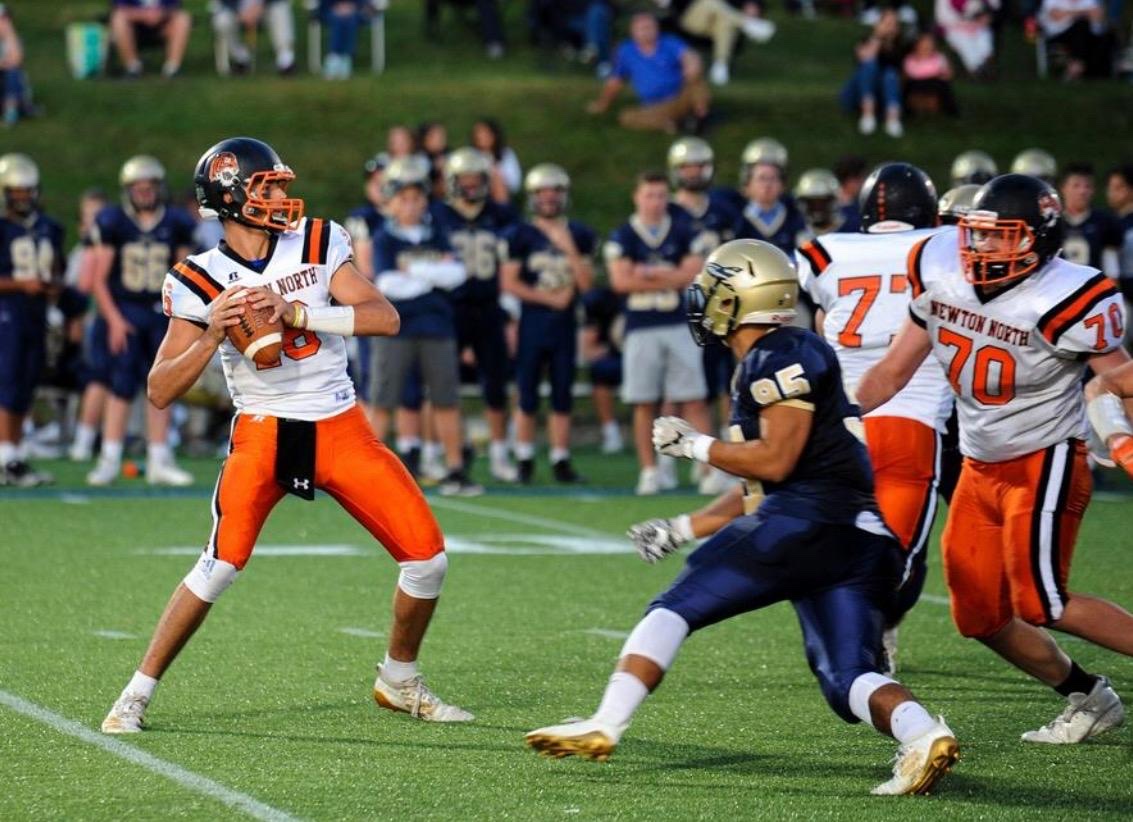 As the regular season wraps up, several teams are on byes but there are still games this weekend that will have major playoff implications.

Here are the top match ups for this weekend.

Newton North Tigers at #20 Milton Wildcats: Balls will be flying tonight in Milton when these two pass happy programs get together. I would expect a shootout in what could end being the best game of the weekend. I have been asked recently by a lot of people if Andrew Landry is a D1 college talent. The answer is a resounding yes and he will reinforce that notion tonight.

Brockton Boxers at #15 New Bedford Whalers: A huge game in terms of playoff seeding in D2 South. New Bedford would be the one seed with a win. A loss would drop them all the way to five. As for the Boxers, they want to avoid CM for as long as possible in D1 South so a win would improve their chances immensely. They are currently the four seed. I think this will be a high scoring game. New Bedford might get a slight edge because they are at home.

Lincoln Sudbury Warriors at Wayland Warriors: This is an old DCL rivalry with major playoff implications. LS is currently the one seed in D2 North. Wayland is the four seed in a stacked D4 North bracket. Both teams need a win to secure ideal seeding, especially Wayland. This should be a great game that puts two long time friends in LS coach Jim Girard and Wayland Coach Scott Parsigian.

Belmont Hill Sextants at Milton Academy Mustangs: The ISL title is on the line as these two undefeated teams duke it out. Belmont Hill will need to start fast and play with pace because if they don’t, Milton Academy will pound the ball and play keep away. I expect a great game between these two long time ISL rivals.