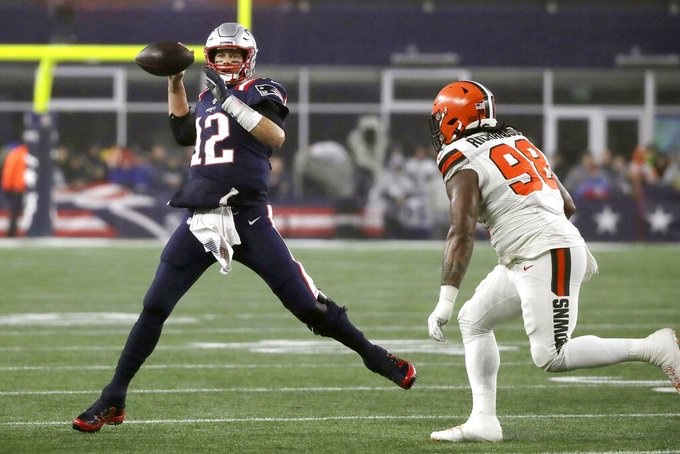 Game Rewind: The Patriots used some big plays from their defense early on to build a 17-0 lead and they held off an undisciplined Browns team 27-13 in a rain soaked game at Gillette Stadium.

1. Defense spearheads fast start: A fumble recovery for a touchdown, a forced fumble and an interception by Lawrence Guy of all people, allowed the Patriots to jump out to an early 17-0. The defense once again set the tone and carried the Patriots to victory.

2. Offense does enough: The Patriots were up and down offensively. Sure, the weather was a factor but Tom Brady and company are struggling to put drives together and score touchdowns. Breaking in a new receiver in Mohamed Sanu and getting on the same page with Ben Watson doesn’t help but they once again didn’t get off to the type of start we are accustomed to.

3. Sanu makes is debut: Mohamed Sanu made his Patriots debut catching 2 passes for 23 yards. To expect more out of Sanu would be too much to ask considering he was acquired on Tuesday. Expect a much better performance against the Ravens.

4. Sony continues to struggle: Sony Michel once again struggled to get going finishing with 74 yards on 21 carries. Michel is getting the touches but he isn’t the explosive back that he was in college. You just don’t see the big play burst and quite frankly, that is concerting. Coming into yesterday’s game, he was only averaging 3.3 yards per carry. He needs to be better.

5. Browns undisciplined play costs them: The Browns are 2-5 because they are undisciplined. They turn the ball over and commit way too many penalties. Luckily for them, they have the second easiest remaining schedule in the NFL so they turn things around but it needs to happen sooner than later.