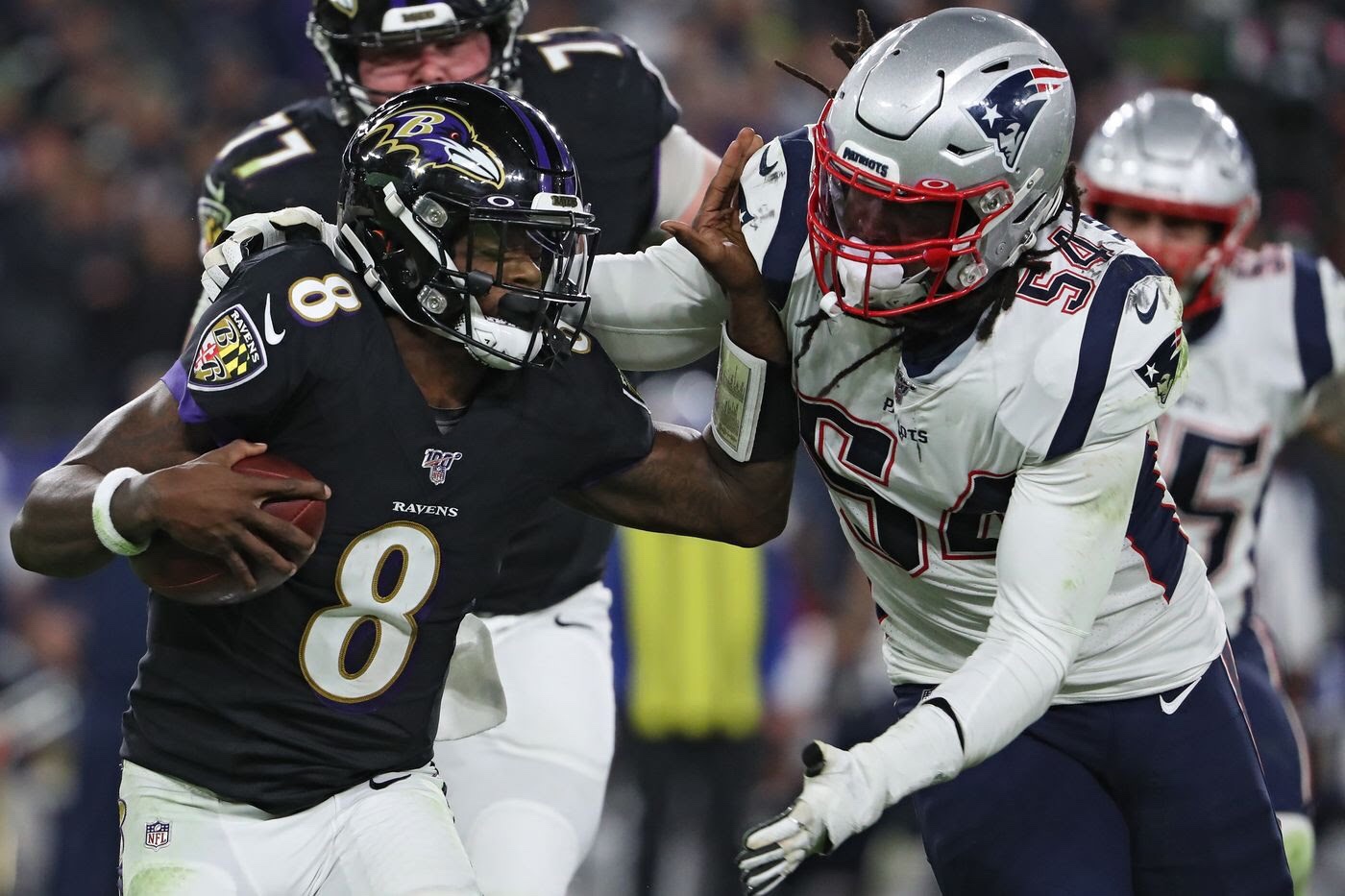 Game Rewind: The Ravens opened up a 17-0 lead and never looked back in a decisive 37-20 win over the Patriots. Turnovers and an inability to stop the run doomed the Patriots from the start.

1. Ravens start fast: The Ravens used their read option running game to jump out to a quick 17-0 lead. You can tell from the opening possession that the Patriots were going to have a tough time containing Lamar Jackson and stopping Baltimore’s running back tandem of Mark Ingram and Gus Edwards. Baltimore’s ground game set the tone for the game.

2. Defense exposed: The Bogeymen were exposed, plain and simple. For the first time this season, the Patriots defense looked ordinary. They were out of position, took bad angles and missed tackles. It was a disappointing performance from a unit that was on a historic pace statistically.

3. Offense struggles early: The offense once again got off to a slow start. The Patriots couldn’t get the ground game going and the offensive line continued to struggle. It doesn’t help that the Patriots are literally getting nothing from the tight end position. Ben Watson was the only active tight end on Sunday night.

4. Edelman turnover: Julian Edelman’s turnover at the start of the third quarter was a back a breaker. Edelman hadn’t fumbled in three years. The Patriots had recaptured the momentum thanks to Baltimore turning the ball over and the defense playing better. The turnover and subsequent defensive touchdown swung the momentum back in Baltimore’s favor.

5. Message sent: The Ravens sent a message to the Patriots and the rest of the AFC. It remains to be seen if they are a legit contender, but for now, they are certainly in the mix for a top two seed.