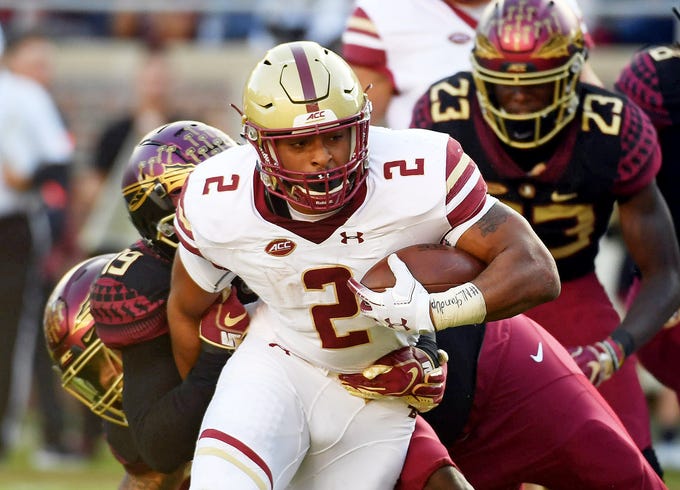 The Eagles host Florida State in the annual Red Bandanna game in honor of Welles Crowther. Normally I would introduce the game but I am going to rant instead. This should be a prime time game and the fact that it is not, is unfortunate. The game has tremendous meaning and it should national televised like it has been in prime time.

1. Don’t take them mightily: Florida State is a mess right now after firing coach Willie Taggert earlier this week. At 4-5, they are probably out of bowl contention. That being said, they are still going to play hard. B.C cannot take them lightly. They must get off to a fast start and force them to play from behind. les running game.

2. Keep pounding: Boston College has been shattering school rushing records in recent weeks. They have a chance to continue to do that in this game. Florida State has struggled defensively and they will struggle to hold up, especially inside.

3. Limit the big plays: Florida State is still dangerous offensively. They play fast and quarterback Anthony Blackmon can be a problem in and out of the pocket. The Eagles defensive line must contain him and the secondary must keep everything in front of them. They cannot give up big plays.

Final score: Boston College 38 Florida State 31: Expect a high scoring affair. Both defenses are prone to giving up big plays and today should be no different. The Eagles running game wears teams down, especially smallish defensive fronts like Florida State’s. I don’t think Florida State can stop A.J Dillon and David Bailey. The Eagles will be able to control the clock and [play keep away enough to win this game.