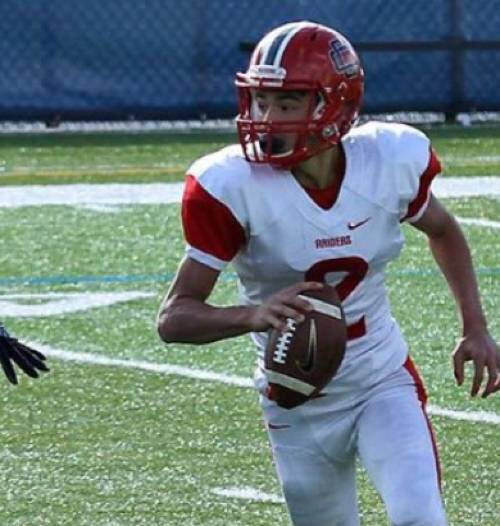 It was another old weekend of high school football playoff action in Massachusetts. Here are some thoughts on the weekend that was.

1. Mansfield finally avenged two years of playoff frustration by beating King Philip 34-6. The Hornets dominated the line of scrimmage and that was the difference.

2. Initially I was surprised that CM had such a tough time with B.C High. Then again, they are both talented programs and rivals. It’s not that much of a surprise.

3. Canton’s was dominate in their 15-0 win over Foxboro. The Warriors did a great job keeping quarterback Johnny Hagen and company in check but they couldn’t solve one of the best defenses in the state.

4. Central Catholic won a classic over Everett 39-37. Word is the officiating in the game was bad but you can’t take away from the offensive performance of the Raiders.

5. If you have seen Franklin play this season, it is not a surprise that they are in a south sectional final in D1. The Panthers are explosive on offense but a resurgent defense has spurned this playoff run. The Panthers have only surrendered 28 points in two games.

6. Duxbury flexed their offensive muscle in their win over Stoughton. Going into the game, I thought the Black Knights might play them tough because of their defense and running game. That was not the case. The Dragons were simply too much.

7. It wasn’t pretty but Tewksbury survived against a very good Concord Carlisle team on Saturday. Brian Alyward’s squad is in yet another sectional final in D3. This program is always going to be in the mix.

8. Despite losing a lot of talent from last year’s D2 state championships team, North Andover finds itself in the sectional final against Lincoln Sudbury after beating Reading 21-18 . Running back Freddy Gabin powered the Scarlet Knights with 180 yards rushing.

9. Natick thumped Wellesley 30-0 to set up an epic D2 South Sectional final against Mansfield. The Redhawks have managed to survive without quarterback Will Lederman thanks to the play of running back Jalyn Aponte and a strong defense.

10. Shepherd Hill knocked off Wachusett 30-12 to set up an interesting match up with St. John’s Shrewsbury who beat Doherty 55-12. It’ll ground and pound versus an aerial assault. It should be a good game.