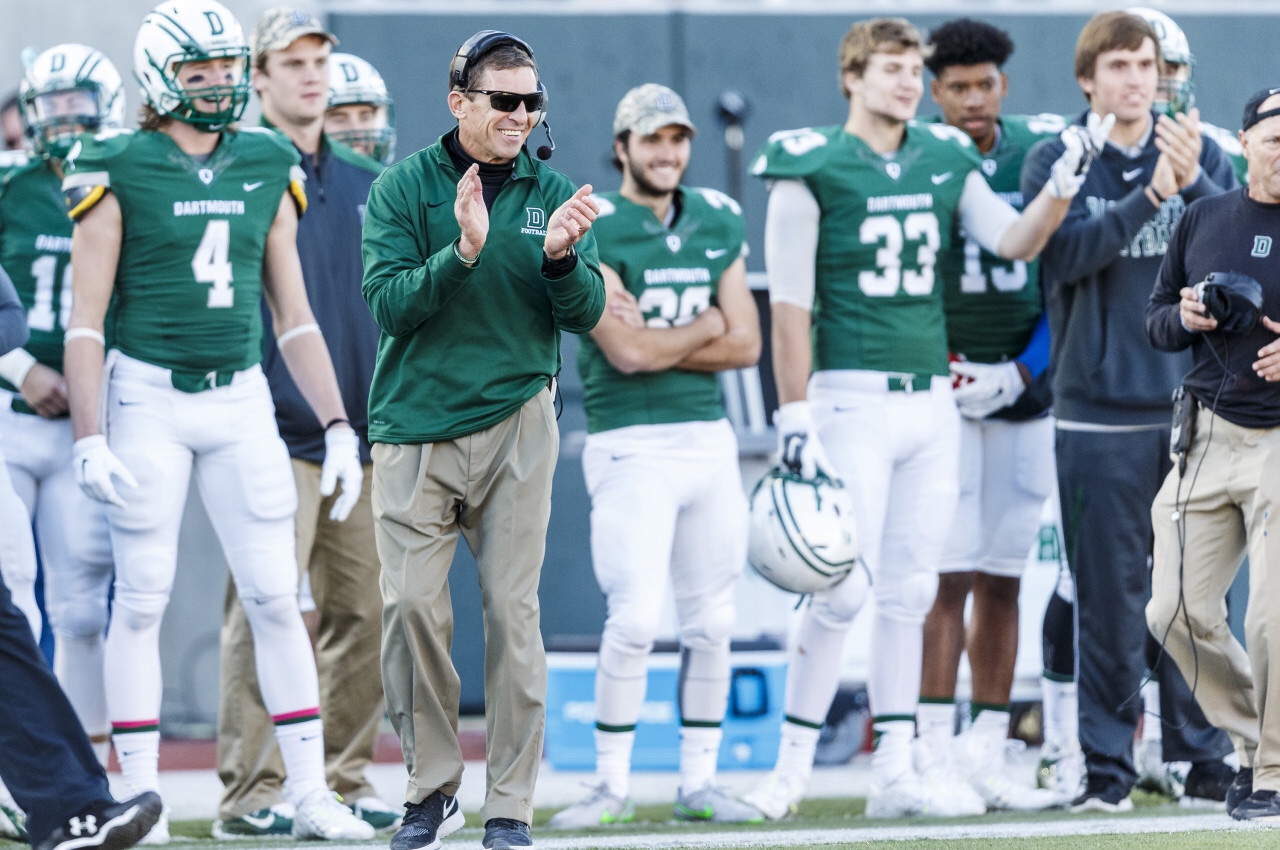 Dartmouth’s upset win over Princeton all but locked up the Ivy League title for the Big Green.

1. While Steve Addazio‘s seat is getting warmer at the Heights after Saturday’s loss to Florida State, the Eagles still have a shot at going 6-6 or 7-5 (long shot) and gaining a bowl bid. It will be a fascinating three weeks in Chestnut Hill.

2. Harvard suffered a terrible 17-10 loss in overtime to Columbia. A week after going toe to toe with Dartmouth and losing 14-13, the Crimson suffered one of their worst losses in years. The offense has been a problem of late and that was once again the case this past weekend.

3. Dartmouth all but locked up the Ivy League title with an impressive 27-10 win over Princeton at Yankee Stadium. Quarterback Jared Gerbino rushed for two touchdowns in the win.

4. The season just needs to end for UMass. They lost 63-7 to Army on Saturday and travel to Northwestern this weekend before hosting BYU on November 23rd. The Minutemen will undoubtedly lose all three games so I am sure Walt Bell and his staff just want to get this over with.

5. Maine has won three in a row thanks to the play of freshmen quarterback Joe Fagnano and an improved defense. It took new coach Nick Charlton almost the entire season but he finally has the Black Bears playing the way he wants them to.

6. UNH got a first hand look at why James Madison is the best team in the CAA and a national title contender in their 54-16 loss. The Wildcats were never in this game as they fell behind early and couldn’t generate any consistent offense. UNH has been a nice story this season but they were outclassed in this one.

7. After picking up these second win of the season, URI was thumped by William and Mary 55-19. The Tribe poured in on early and often. The Rams have played tough at times this season but they have also laid some eggs.

8. Holy Cross suffered a tough 23-20 loss at Lafayette last weekend. Bob Chesney’s squad was playing well and in the drivers seat to win the Patriot League. Now, that’s going to be harder.

9. Brown’s defense is seriously challenging UMass’ defense as the worst defense in the area. The Bears gave up 59 points to Yale this past weekend.