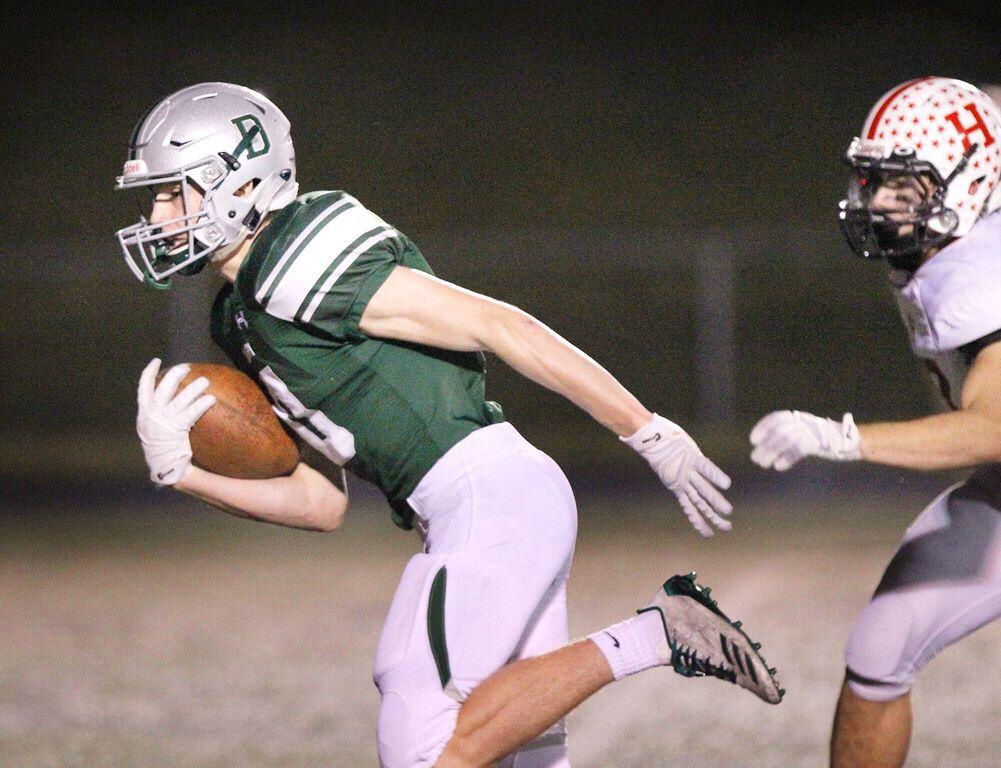 Will Prouty and Duxbury will be looking for revenge against Tewksbury.

The playoffs roll on this weekend with several Super Bowl bids at stake. Here is our top five games for this weekend.

Springfield Central Golden Eagles (7-2) vs. St. John’s Shrewsbury Pioneers (7-2): Expect a ton of points in what could end up being the game of the year in the state. Both teams can score on any given possession because they have the ability to make big plays.

There is a lot of star power in this game. SJS features receivers Eamonn Dennis a Michigan commit and Jay Brunelle, a Notre Dame commit. Both win one on one match ups and make big plays.

Springfield Central has a lot of talent as well, headlined by freshmen sensation William Watson at quarterback and running back Marcus Crawford.

Defense will be the key in this game and that is where Central holds a distinct advantage. Their defense has been good throughout the season despite playing a tough schedule.

I expect a highly entertaining game.

Swampscott Big Blue (8-2) vs. Holliston Panthers (8-1): Holliston was impressive last week in their win over Canton. They put up 27 against one of the top defenses in the state. The Panthers face another tough defense this week in Swampscott.

The Big Blue play good “D” and they have the ability to make big plays in the passing game. That makes them a tough match up. I expect a back and forth game that will come down to the wire.

Duxbury Dragons (7-2) vs. Tewksbury Rodman (9-1): It is a rematch of last season’s D3 semifinal, a game Tewksbury won. Don’t think Duxbury coach Dave Maimaron wont use that as motivation.

Both teams are known for their offenses but it is their defenses that have played well this season and won them tight game.

There is some star power in this one with Duxbury’s Will Prouty and Tewksbury’s Shane Aylward. Both teams have the ability to make big plays but they would prefer to ball control teams and make big plays in the passing game.

I think this will be a close game but Duxbury has the edge from a talent standpoint. That and revenge are huge advantages for the Dragons.

Ashland Clockers (10-0) vs. Millbury Woolies (8-1): Millbury had a big 21-18 win over Northbridge earlier this season but Ashland will be a much tougher foe. Clockers quarterback Dom Cavanagh has been terrific this season and will tough to contain for the Woolies defensively.

It is hard to pick against the Clockers in this game. They are big, physical and can make big plays. I don’t expect an upset here.

Plymouth South Panthers (8-1) vs. Tantasqua Warriors (6-2): Tantasqua will have their hands full against a Panthers team that can run the football and plays great defense. Luckily for the Warriors, they have played a difficult schedule so they are battle tested.