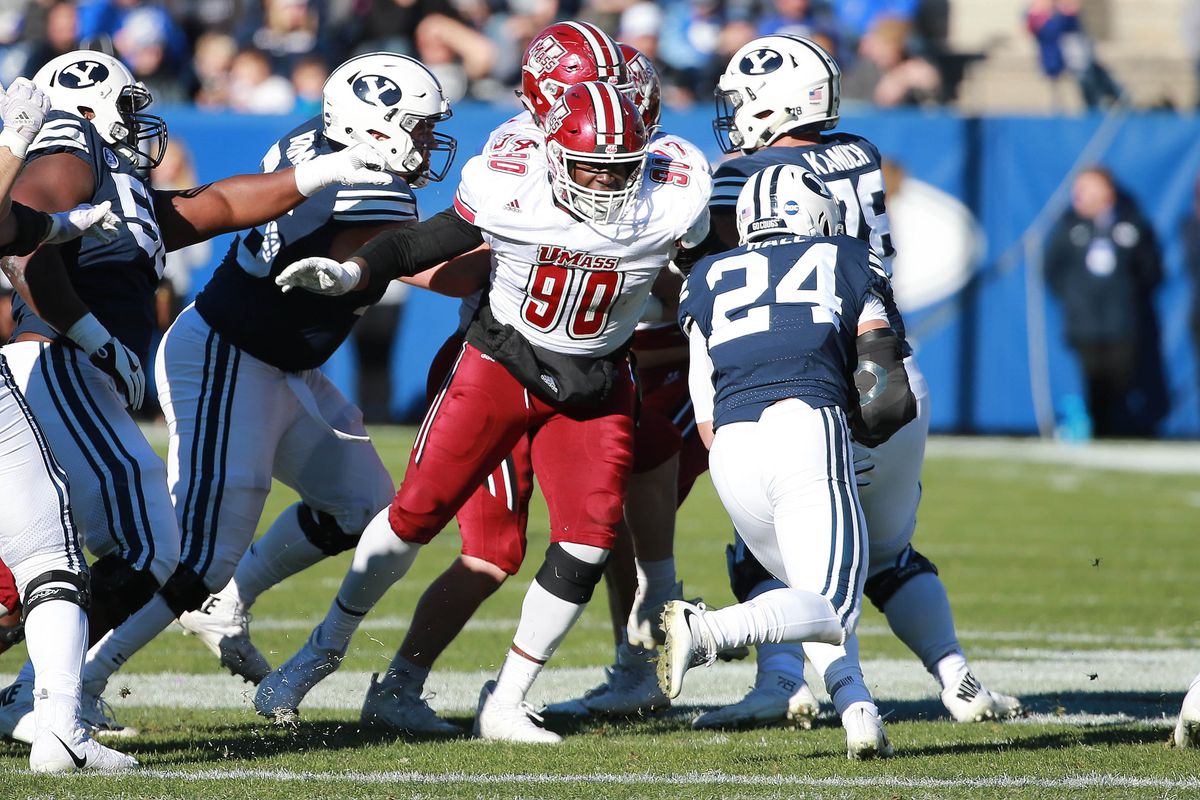 UMass will wrap up the 2019 season today when they take on the BYU Cougars at McGuirk Stadium. It has been a long first season for head coach Walt Bell and the Minutemen program. Nothing has gone right in a season marred by losses, injuries and player defections. A win today would be a major step forward for the Minutemen but it is an unrealistic expectation given how bad the UMass defense has been this season.

1. Figure out a way to slow down the BYU running game: UMass has the worst run defense in the country. They give up 300 yards a game on the ground. Realistically speaking, BYU will have success on the ground. It is all about minimizing the damage. The Minutemen need to tackle well and take good angles to the ball. Fundamentals will be key in a game like this.

2. Pass protection: BYU likes to bring five and six man pressures out of their 3-3-5 defense. The UMass offensive line must communicate up front and pick up these blitzes. If they can give Randall West time, he could have some success against the BYU secondary.

3. Compete: UMass is going to lose but if I were Walt Bell, I would focus on how my team competes. If they play hard and competes, then that is a positive and something you can build on heading into the off-season. The ability to compete is what is going to define this program moving forward.

Final Score: BYU 49 UMASS 14: I think UMass will play hard and be somewhat competitive in this game. I really believe that. The guys that are coming back in 2020 will play hard in order to make a first impression for next season.