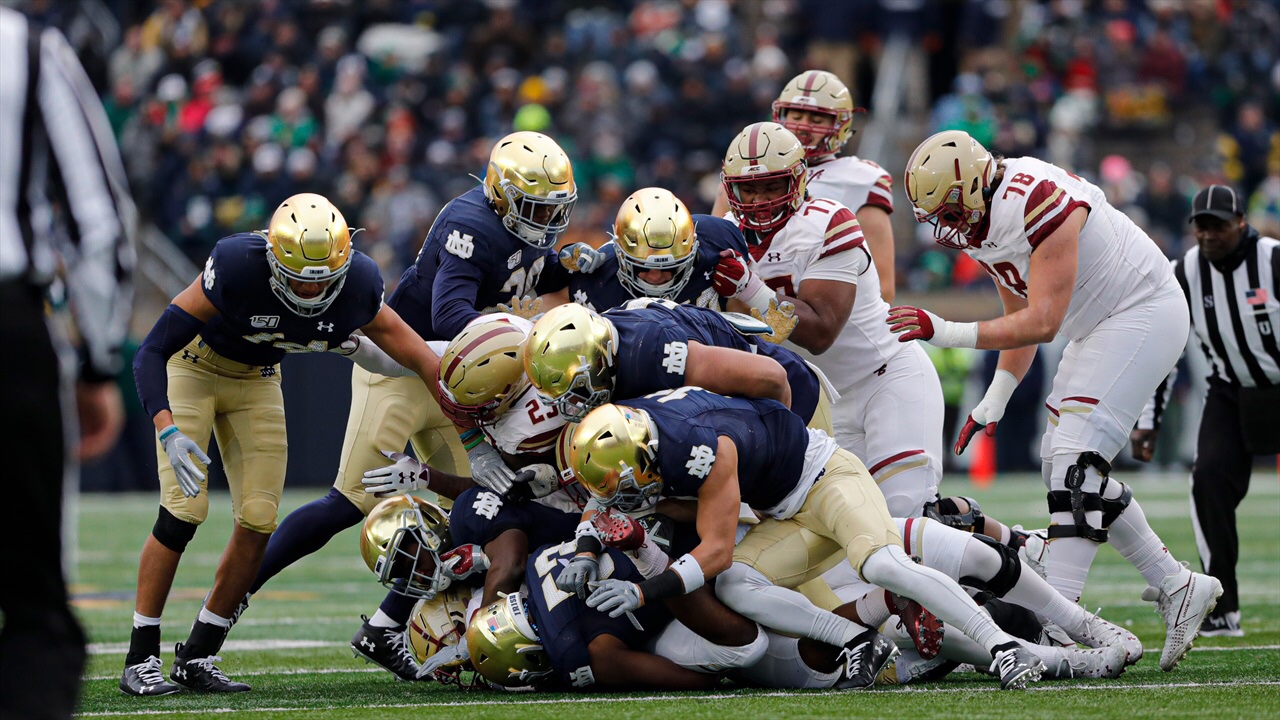 Game Rewind: The Eagles got off to a good start defensively and hung in there in the first half. Unfortunately, the offense struggled to consistently move the ball and they couldn’t take advantage of how well the defense was playing early on. The wheels came off in the second half and the Eagles lost 40-7.

1. Offense struggles: The Eagles offense has been a strength this season but they really struggled in this game. Boston College is at their best offensively when they pick up big yards on first down and convert second and short and third and short situations. They couldn’t do that consistently in this game and as a result, they couldn’t sustain drives.

2. Defense played well. In the first half: Defensive coordinator Bill Sheridan and the defensive staff did a great job of containing Notre Dame’s running game in the first half. Tony Jones Jr was a non factor.

The Eagles also kept Ian Book in the pocket and didn’t allow him to extend plays. The second half however was a different story however. Notre Dame got the running game going and they made big plays in the passing game.

3. Ground game stifled: A.J Dillon had 14 carries for 56 yards. That’s it! The Eagles as a whole rushed for 128 yards. If Boston College cannot run the football, they cannot win. It is that simple. There is no “Plan B” if you will. The Eagles live and die with their ground game.

4. Dennis Grosel struggles mightily: Grosel ran the ball well but he once again struggled in the passing game. He completed 9 of 20 passes for 63 yards and an interception. It was a disappointing outing for Grosel considering how much improvement he has shown in recent weeks.