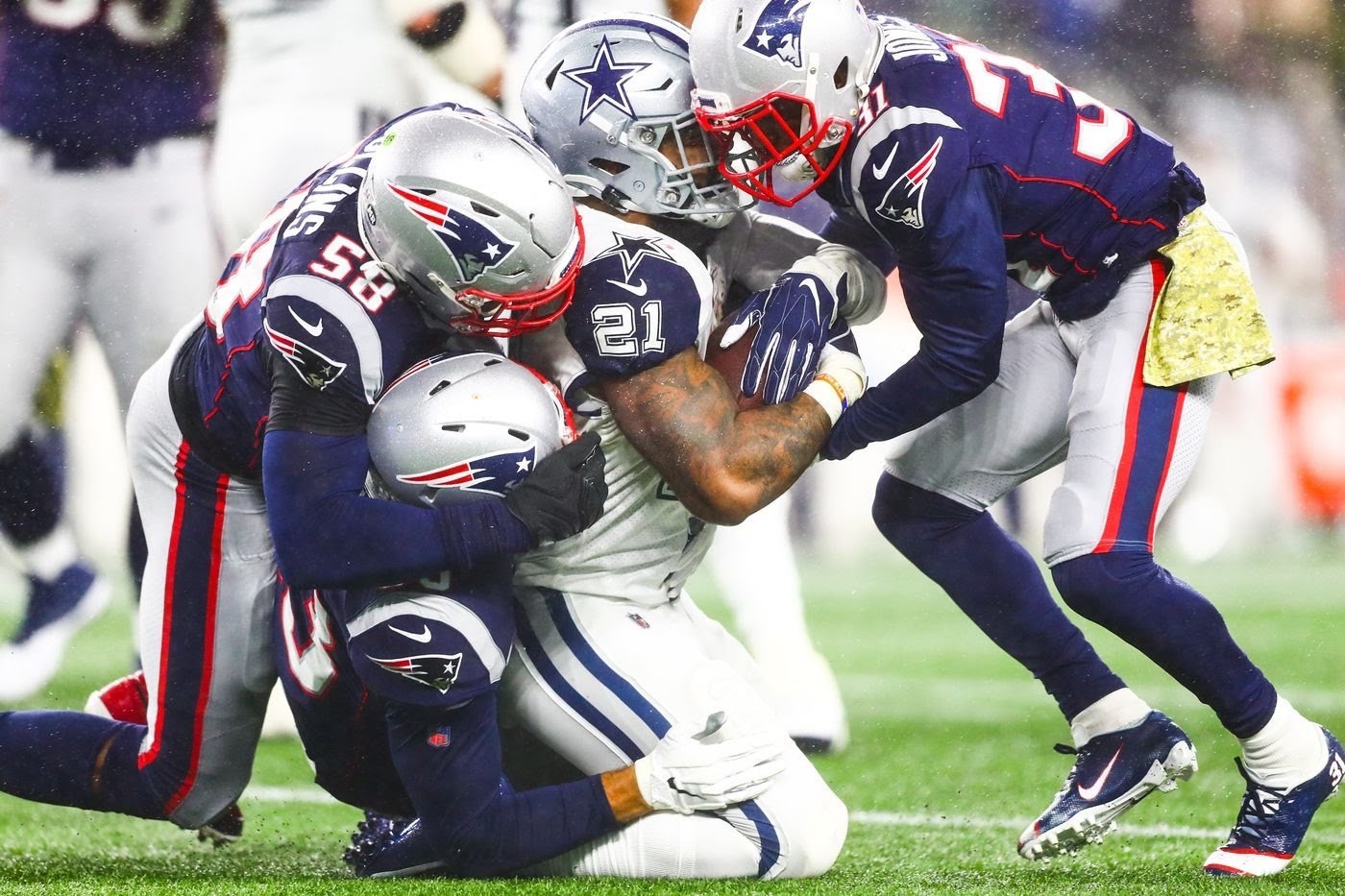 Game Rewind: It wasn’t pretty but the Patriots got the job done in Sunday’s 13-9 win over the Cowboys. The defense once again saved the day if you will, holding Dallas to three fields in three red zone possessions. The defense bent, but they didn’t break.

1. Defense bends but doesn’t break:The Patriots defense bent but didn’t break. Dallas had the ball in the red zone on four separate occasions but the Patriots held them to three field goals. It was an impressive performance by a defense that hasn’t had much support from the offense the past two weeks.

2. Right side struggles: The right side of the Patriots offensive line struggled once again. Marcus Cannon was battling illness so that might explain some of his issues in the run game. Shaq Mason conversely continued to struggle blocking defenders one on one. Mason has had a tough season and his lack of size might finally be catching up with him.

3. Improved run game: The Patriots opened the game running the football. Sony Michel got off to a good start but then for whatever reason, the Patriots went away from him. Despite that, Michel finished with 85 yards rushing which is a good sign considering how bad the Patriots running game has been this season at times.

4. N’Keal Harry score first NFL TD: Harry’s first NFL touchdown catch was on a back shoulder fade. It was an catch impressive considering the weather conditions. Harry later dropped an out route for a first down but you can tell he is getting more comfortable in the offense.

5. It was nasty! The weather conditions were terrible and contributed to both offenses struggling. Offenses typically struggle in rain and snow games but when the rain is steady, it makes it even harder to move the ball score points. The ball is heavy and hard to handle. The footing is terrible as well. As we saw Sunday, the defenses had an advantage.