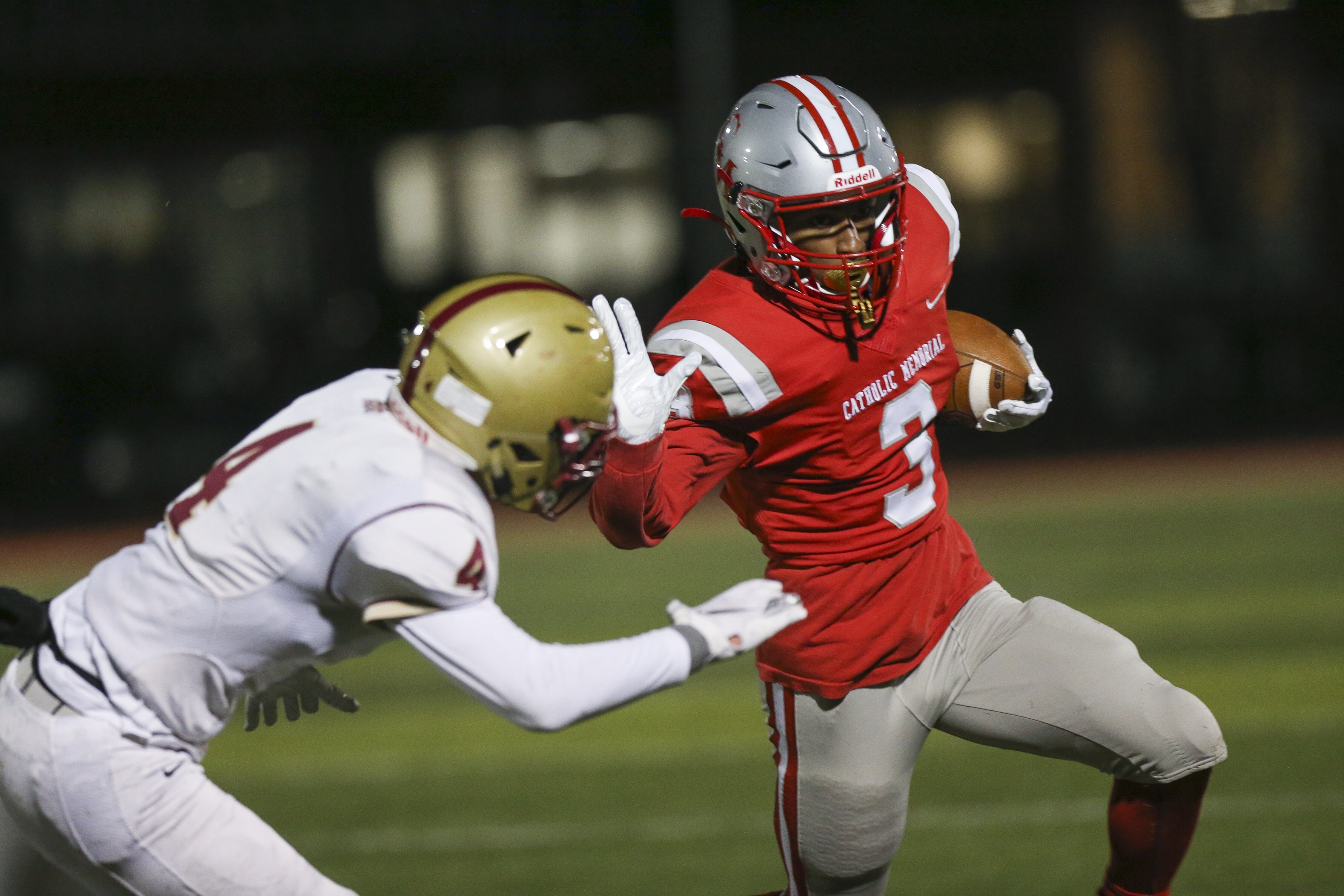 CM has a lot at stake when they host B.C High. (Nicolaus Czarnecki/MediaNews Group/Boston Herald)

Thanksgiving Day means three things. Family, Football and food. We are pretty fortunate in Massachusetts to have a long standing tradition of playing on Thanksgiving morning. The games are unique to our state and have special meaning.

Here are some thoughts on the biggest games of the day.

Catholic Memorial has a chance to win their first outright Catholic Conference title since 1987 with a win over B.C High. You know John DiBiaso is playing his starters the entire game.

Detractors of Thanksgiving football claim that the holiday tradition has lost its luster. Tell that to Needham and Wellesley who are meeting for the 132nd time. It still means plenty to them. They play in the oldest high school rivalry in the country.

Quincy, North Quincy is always one of the best games of the day. The games are usually low scoring, defensive battles but both teams pour their heart and soul into the game.

Despite playing in the Division 2 Super Bowl next weekend, Mansfield will play all of their starters against Foxboro. Coach Mike Redding knows the importance of this rivalry game and the Hornets want to avenge last season’s loss.

North Andover hosts Andover in what should be one of the best games of the day. After getting crushed by the Scarlet Knights last Thanksgiving, Andover will be looking to get some revenge.

Stoughton, Canton promises to be one of the more physical games of the day. Both teams are big, strong and play terrific defense. This game will be a slug fest.

Holliston, Westwood will still be a battle despite Holliston being the much better team. This is one of the most unpredictable rivalries in the state.

Franklin at King Philip could be a shootout. The Warriors are in unfamiliar territory having lost two in a row. For the first time in a long time, the Warriors are vulnerable. Could this be the year the Panthers snap their long losing streak? We’ll see.

Eastie will once again beat Southie. The two programs are miles apart right now in many ways.

I don’t care how bad Xaverian has been at times this season. They are playing better and they will come to play against St. John’s Prep. I think they’ll give the Eagles a scare.

I’ll be curious to see if Duxbury coach Dave Maimaron plays all of his starters against Marshfield. We all know what happened three years ago when Duxbury last played in a Super Bowl.

I am curious to see what the Attleboro and North Attleboro kids do with their helmets. The decorating of helmets make this one of the best rivalries in the state.

Reading, Stoneham will be a war. Both teams are tough and physical and can run the football. This will be a no holds barred game. Both teams will put it on the line.