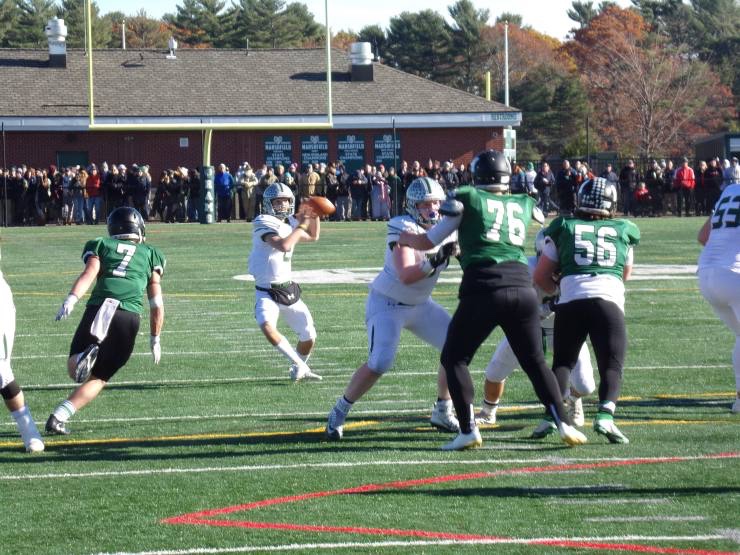 Every year I would read Gerry Callahan’s article prior to he game to remind myself of how special it is to be a part of such a great and unique tradition. The last couple of years however, I have not read Callahan’s article. The butterflies aren’t there. Coaching on Thanksgiving just isn’t as important to me.

Perhaps it is a byproduct of the fact that my team has played in the Super Bowl the past three years and that game was more important. Or it could be that the current playoff format has diluted the Thanksgiving game and made it nothing more than a traditionalist exhibition game. Regardless of what the reasons are, Thanksgiving football has lost its luster in Massachusetts.

I think there are several reasons for that. The playoff system, particularly the non qualifier bracket has made football seem irrelevant at the end of the season. A lack of participation in the game has also led to Thanksgiving not being as important. Less kids are playing football so the game has less value and meaning to people. Finally, kids have changed. The love and the passion kids had for the for the game isn’t the same.

People have debated in recent years as to whether or not it is even worth playing Thanksgiving games anymore. Well, that is a pointless debate because the games will still be played. There are still communities like Wellesley and Needham where the game still matters. Factor in that the schools still make a good home gate financially from the games and I highly doubt Thanksgiving football is going anywhere.

Even with the tradition surviving however, it is still not the same. The game has changed and so have peoples feelings about playing on Thanksgiving morning. The gloss is off the baseball card. It is just not that important anymore.