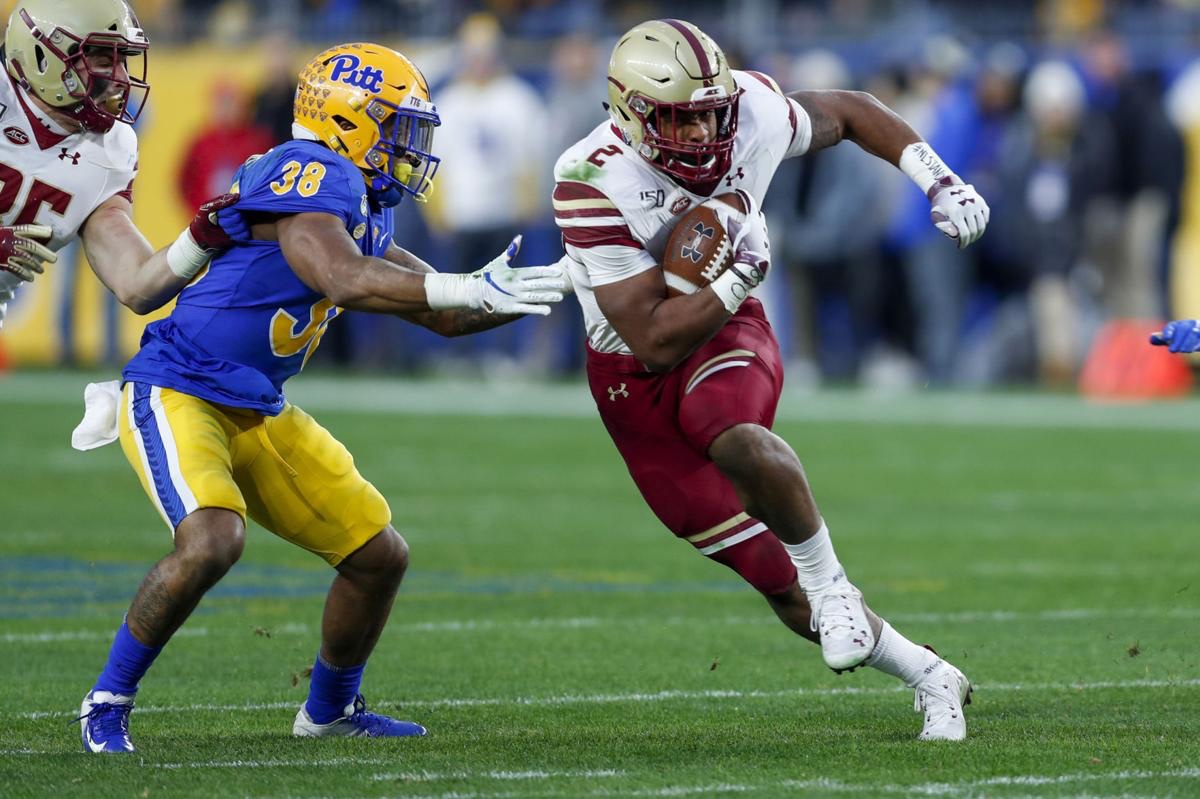 Game Rewind: The Eagles earned a huge win in Pittsburgh yesterday and in the process became bowl eligible. The Eagles uses a punishing ground game and an opportunistic defense to earn the win. At 6-6, the Eagles should get a bowl invitation from one of the bowl with ACC ties.

1. Eagles play their best when it matters: The Eagles rose to the occasion when it counted most. The offense complemented the defense and the special teams did their part. It was a complete win.

2. Dillon carries the load again: A.J Dillon was a man amongst boys once again. Boston College’s all time leading rusher rushed for 178 yards and a touchdown on 32 carries. Pitt boasted one of the best run defenses in the ACC. The Eagles wore them down by leaning on their dude.

3. Defense plays their best game of the season: The Eagles much maligned defense rose to the occasion recovering three fumbles, intercepting a pass and sacking Pitt quarterback Kenny Pickett four times. The Eagles have been waiting for this kind of performance from their defense and they finally got it.

4. Grosel does enough in the passing game: Dennis Grosel only completed 9 of 19 passes but he did throw for 123 yards and a touchdown. It seems like offensive coordinator Mike Bajakian finally trusted him and opened things up a little more.

5. Eagles are bowl eligible:,With the win, the Eagles improved to 6-6 and are now bowl eligible. The Eagles should land a bowl bid with a bowl that has ACC tie ins. Going .500 isn’t exactly exciting but going to a bowl game is important for player development. The extra practices will help the Eagles young players.