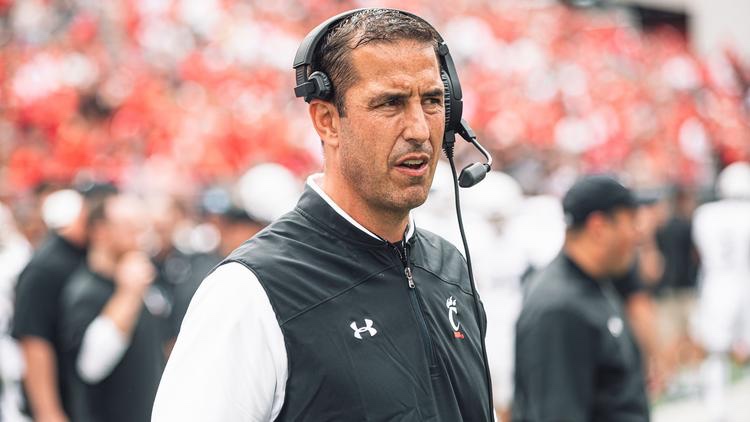 Luke Fickell, HC, Cincinnati: Fickell has ties to current athletic director Martin Jarmond from their days at Ohio State. Fickell has done a great job making the Cincinnati program relevant. He has strong recruiting ties throughout the state of Ohio, a state Boston College recruits heavily, particularly for offensive lineman. Fickell will be at the top of Jarmond’s wish list.

Jim McElwain, HC, Central Michigan: MCElwain has a tremendous resume. He was the offensive coordinator for Nick Saban at Alabama and left there to become the head coach at Colorado State. After rebuilding that program, he was hired at Florida where he won back to back SEC East titles. His tenure in Gainesville was mired in controversy however and he was fired. After spending a year at Michigan as an analyst. McElwain was hired at Central Michigan where he took a program that went 1-11 last season and won the MAC West division this season going 8-4. He is a terrific offensive coach with strong national recruiting ties.

Chip Long, OC, Notre Dame: Recruiting at a Catholic is unique. Coaches like Luke Fickell and Jim McElwain haven’t recruited at a school with the academic standards of Boston College. Chip Long has at Notre Dame. Long is a terrific offensive coach. He has experience running a multiple spread offense and he has recruiting ties in the Midwest and the Northeast. Long can recruit the skill talent this program desperately lacks.

Mike Elko, DC, Texas A&M: Like Long, Elko has experience recruiting at a Catholic school from his time at Notre Dame. Elko has also coached at Wake Forest, another ACC school with high academic standards. If hired, Elko would build a program in similar fashion to Addazio. He would want to run the football and play good defense. It is a recipe that allows you to compete at a school like Boston College but I am not sure you can win championships doing it.

Rod Carey, HC, Temple: Carey had a successful tenure at Northern Illinois and in his first season at Temple he led the Owls to an 8-4 record. Carey is a no frills guy. He preaches fundamentals in all three phases of the game and wants tough guys playing for him. Carey has experience recruiting in the Midwest from his time at Northern Illinois and he has had to recruit Pennsylvania and New Jersey for Temple. He the temperament and experience necessary to coach at Boston College.

Tony Elliott, CO-OC Clemson: Elliott has been very picky when it comes to interviewing for jobs in the past so I am not so sure Boston College would interest him. Elliott has strong recruiting ties in the Mid-Atlantic, Florida and Georgia. He would be able to recruit skill to Boston College. It would not be Clemson level skill but better than what is currently on the roster. Despite that. I would be shocked if he were a candidate.

Mike Reed, DB’s, Clemson: The Boston College graduate is a legitimate candidate. He is a terrific coach and is well respected throughout college football. Reed has a lot of support amongst the alumni and former players of the program. No coordinating experience hurts Reed’s chances.

Pete Carmichael, OC, Saints: Carmichael would be an intriguing hire. He is a Boston College graduate who grew up in Massachusetts. Carmichael’s father coached at Boston College and in the NFL for a long time. Between those connections and coaching with Sean Payton in New Orleans since 2006, Carmichael has a strong background in the business. The Eagles have dipped into the NFL ranks in the past to hire a head coach when they hired Dan Henning and Tom Coughlin. Why not take a shot at Carmichael now? He could be a great hire potentially.

Don Brown, DC, Michigan: Brown has a great resume and is a Massachusetts guy. He has been the head coach at Northeastern and Massachusetts. Brown has also been a defensive coordinator at multiple stops including Maryland, UConn, Boston College and Michigan. Brown is one of the best defensive coaches in the country and he is highly regarded. Brown is also a great recruiter and has strong local ties. The only draw back? Age. Brown is 68 years old.

Joe Moorhead, HC, Mississippi State: Moorhead is a northeast guy. Prior to landing the Mississippi State job, he was the offensive coordinator at Penn State. While at Penn State, he developed a reputation of being of a top flight recruiter. Moorhead was also the head coach at Fordham from 2012 to 2016. He is rumored to be safe regarding his job security after Mississippi State’s win over Ole Miss in the Egg Bowl. Despite that, Moorhead could be lured back east if the right package was put on the table.

Mike London, HC, William &Mary: The 59 year old London was the defensive line coach at Boston College from 1997 to 2000. London knows the ACC well. He was the head coach at Virginia from 2010 to 2015. He’s also been the head coach at Richmond and Howard. London is highly respected and a terrific recruiter. He knows how to recruit at schools with high academic standards. His age might be the only potential drawback but London is relatable and a terrific communicator.