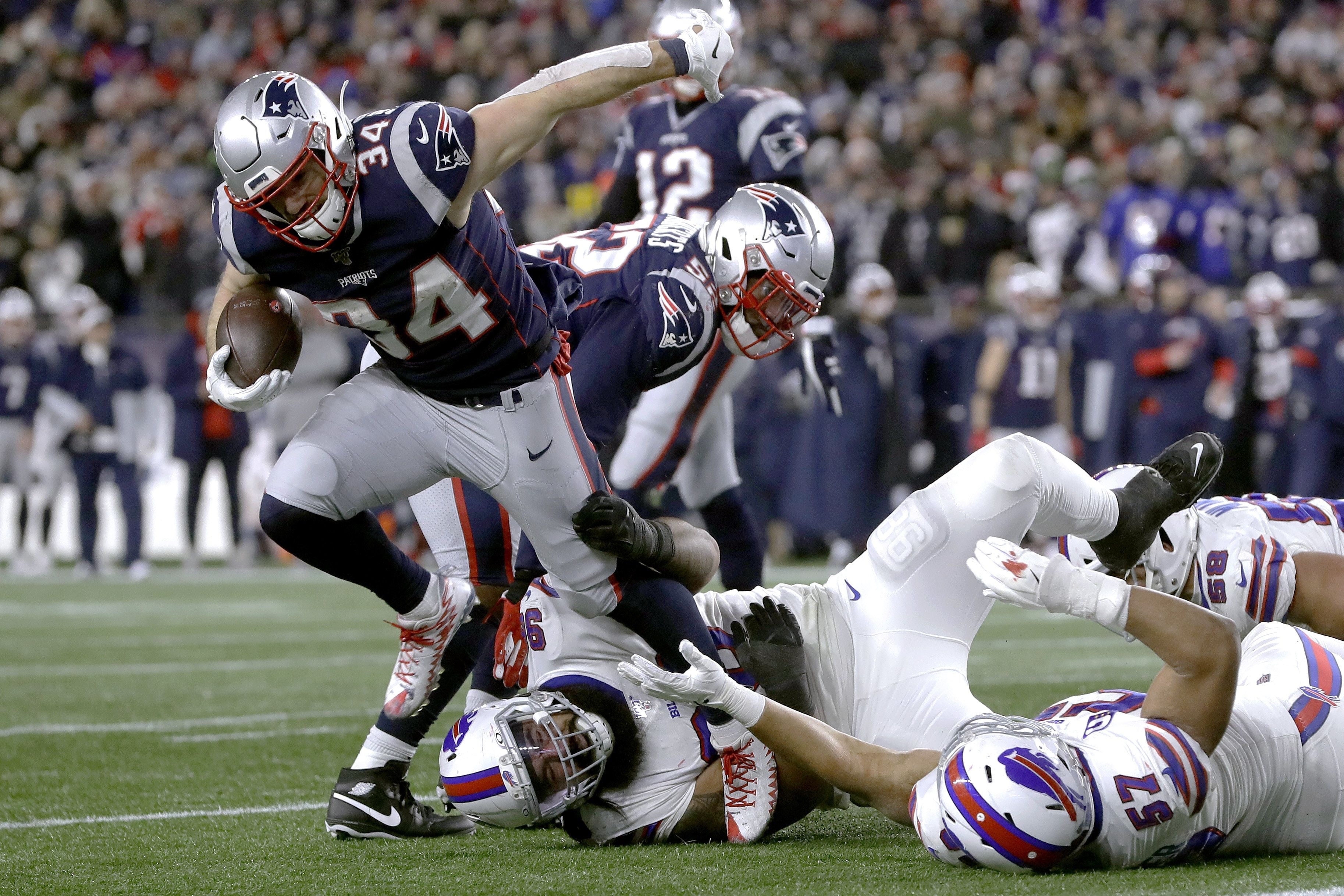 Game Rewind: The Patriots won a hard fought 24-17 game on Saturday night at Gillette Stadium. The Patriots controlled the game early but Buffalo was able to come back and take the lead in the third quarter. Thanks to some timely stops and a huge fourth quarter drive that resulted in a touchdown, the Patriots were able to pull out the win and win the AFC East for the 11th consecutive season.

1. Offense played better: The Patriots played much better offensively than they have in previous weeks. The pass protection was better and Tom Brady and his receivers were on the same page. The Patriots also ran the ball well. The only way this offense can produce in the playoffs is if they are balanced. They were balanced in this game and as a result, the offense produced.

2. Vintage Brady: Brady completes 26 of 33 passes for 271 yards and a touchdown but it was more about the other plays that he made to help the Patriots win the game. Brady threw a key block on a reverse and he converted a third down on a sneak to extend the Patriots game winning drive. Brady is in playoff mode. He is willing to do whatever it takes to win. That’s not good for the rest of the league.

3. Sony is getting into a groove: Running back Sony Michel carried the ball 21 times for 96 yards. He averaged 4.6 yards a carry. Michel is starting to get into a rhythm running the football. The Patriots have to continue to ride the hot hand and feed him the football. Look for running backs coach Ivan Fears to rotate his backs less. Especially in the playoffs. You will see more Michel and White from the 20 to the 20 and more Rex Burkhead in the red zone.

As a side note. The Patriots rushed for 143 yards. Again, balance will be the key for them moving forward.

4. Defense does its part: The Patriots played well defensively at times. It was a bit concerning that they gave up two long touchdowns. Especially when you consider the fact that they have one of the best secondaries in the league.

As frustrating as it was that they gave up the big plays, they got stops when they needed them. Especially in the fourth quarter.

The Patriots are not as dominant as they were at the beginning of the season defensively but they are still playing at a championship level. Especially in the red zone.

The Patriots are usually more disciplined than this. They have no margin for error. Penalties like this are a killers. Especially when you are struggling to manufacture drives that result in points.