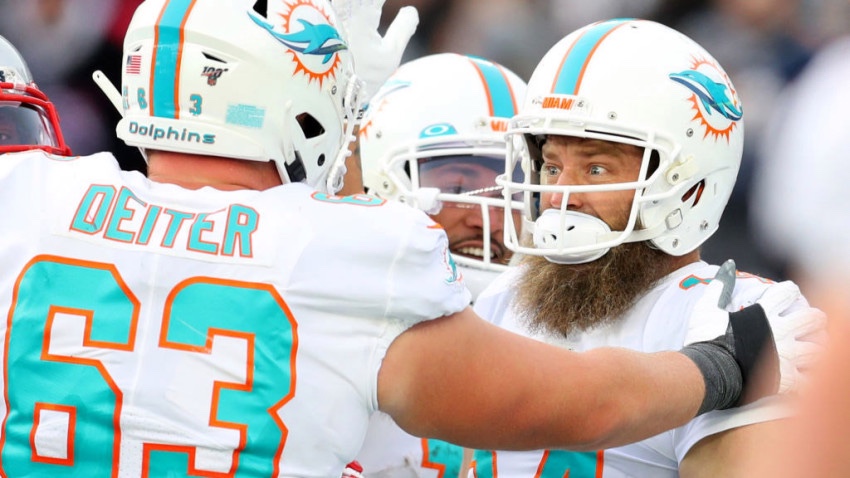 Game Rewind: The Patriots suffered one of the worst losses in the Belichick, Brady era losing 27-24 to a putrid Miami Dolphins team.

The Dolphins outplayed the Patriots for most of the game and made big plays when they needed them, particularly down the stretch. Ryan Fitzpatrick hit tight end Mike Gesicki on a five yard touchdown pass to win the game with 24 seconds left.

The loss cost the Patriots the number two seed in the AFC. As a result, they are playing on Wild Card weekend for the first time in ten years.

1. Patriots came out flat: The Patriots opened the game flat. They had no energy and they allowed a bad football team to hang around, gain confidence and win a football game.

The Patriots have been notoriously slow starters all season long and it finally caught up with them. It cost them the game.

2. Brady was bad: Tom Brady is right in that he cost is team the game. He was bad. He should have never thrown the ball he threw to Edelman that was picked by Eric Rowe. Edelman ran the right route but Sony Michel did not. It is a cardinal sin when you are a quarterback to throw a ball in an area where there are two receivers. It proved to be costly.

Brady had several missed throws that also cost the Patriots. Look, I will refrain from piling on Brady but the reality is, his accuracy and timing has been an issue all season long. Those issues finally cost the Patriots.

3. Defense disappoints: The so called “Boogeymen” we’re far from scary and got exposed by Ryan Fitzpatrick and the Dolphins receivers. The secondary, which is the strength of this Patriots team got exposed.

Stephon Gilmore, an MVP candidate struggled covering DeVante Parker and the front seven failed to generate any consistent pressure. It all added up to Ryan Fitzpatrick having time in the pocket and taking advantage of it.

The defense was the primary reason the Patriots were winning games. However, since week 13 they have been very average.

4. Coaching: How often do we say that the Patriots got “out coached”? I think we can definitely say that in this game. I thought now former Dolphins offensive coordinator and former Patriots receiver coach Chad O’Shea has a terrific game plan offensively. He kept the Patriots defense off balance and they had no clue as to what was coming next.

I don’t remember thePatriots getting out coached like that defensively since the Super Bowl loss to the Eagles.

5. Killer loss: Some have argued that this is the worst loss of the Brady, Belichick era. That is debatable but it is an awful loss. Not only did the Patriots lose a game they should have won they also lost out on the second seed and a bye. Now it begs the question if this truly the end of a dynasty.