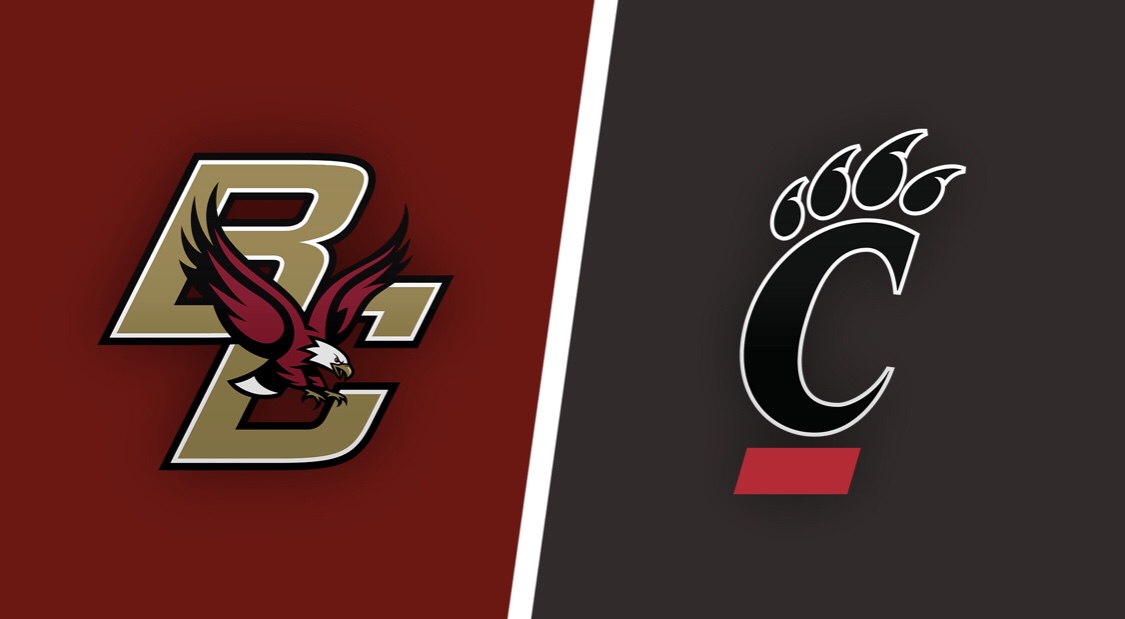 The Eagles travel to Birmingham, Alabama to battle the Cincinnati Bearcats in the Birmingham Bowl. Boston College will be guided by interim coach Rich Gunnell and the remaining members of Steve Addazio’s staff. It has been a challenging month for the remaining members of the staff since Addazio was fired but Gunnell has done a great job of keeping things together. The team is seemingly prepared and ready to win a bowl game while making a positive first impression on new coach Jeff Hafley.

Here are five keys for the Eagles today.

2. Feed the beast AKA David Bailey: It is the David Bailey show now. The Eagles will also use Travis Levy and Pat Garwo but it is Bailey that has to be featured. He is the big, downhill back in the group. Bailey can punish Cincinnati’s front seven. Provided the Eagles aren’t playing from behind, Bailey should get 25 to 30 touches in this game.

3. Account for quarterback Desmond Ridder in the run game: Ridder is more of a threat as a runner than a passer. The Eagles must control the line of scrimmage and not allow him to effect the game as a runner. Ridder is especially dangerous on designed runs.

5. Tackling: Tackling will be key for the Eagles in this game, especially when tackling running back Michael Warren II who is an absolute load. Warren runs behind his pads and he is a physical runner. The Eagles front seven must win the line of scrimmage and get multiple hats to the ball when Warren gets it.

Final prediction: Cincinnati 38 Boston College 24: I think the Eagles will hang in there for three quarters but it is tough to win games like this with an interim coach. Boston College will play hard but in the end, Cincinnati is the better team and they will have a distinct coaching advantage.