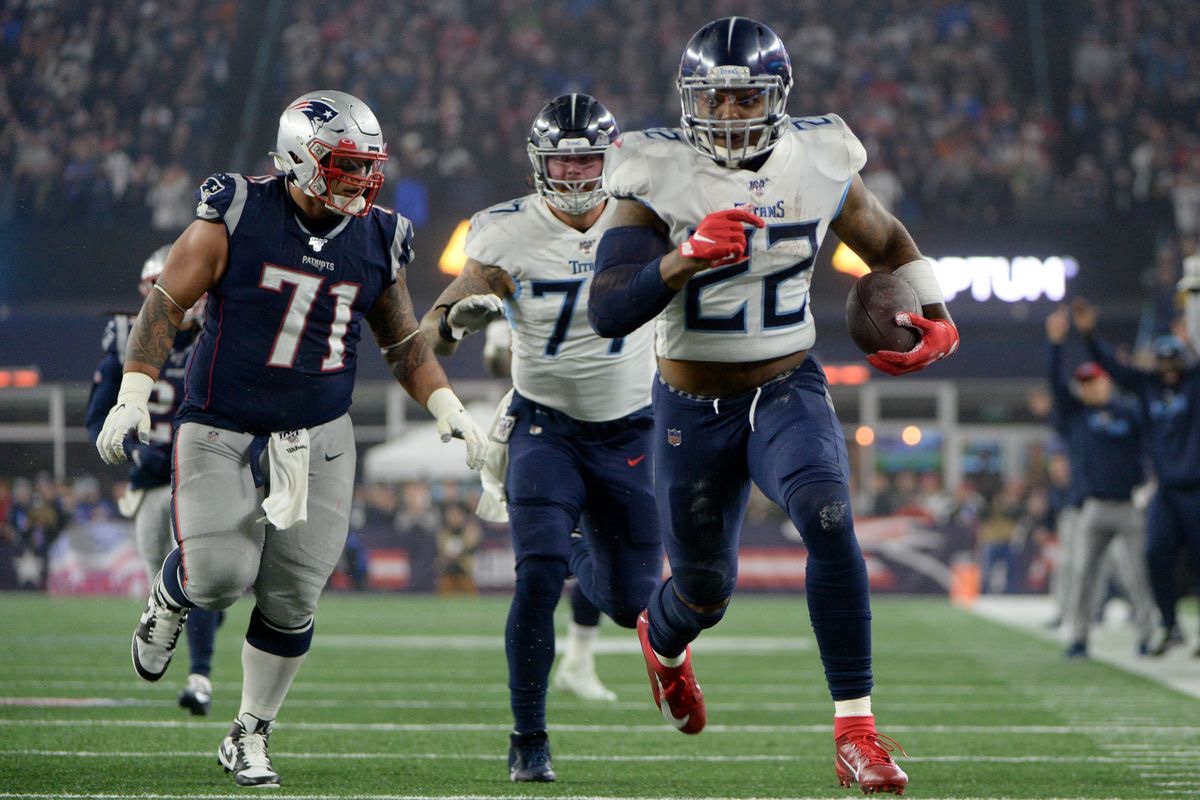 Game rewind: The Patriots 2019 season ended after a frustrating 20-13 loss at the hands of the Tennessee Titans. The offense once again struggled to consistently move the ball, particularly in the second half. The Patriots lack of a playmaker once again was an issue and as a result, they couldn’t play with the lead and dictate the pace.

Here are five thoughts on this tough loss.

1. Offense struggles again: The offense once again got off to a good start but sustained success after the first quarter was an issue.

Tom Brady and company moved the ball early but once the Titans adjusted and were able to affect Brady with four and five man pressures, they just covered and forced Brady to either throw the ball in tough spots or eat it.

The running game was effective early but the Patriots once again struggled up front as Tennessee controlled the line of scrimmage for most of the game.

2. 3rd and goal at the one: The 3rd and goal stop by the Titans at the tail end of the second quarter that led to a Patriots field goal was the game in essence. Tennessee was able to get the ball back, go down and score a touchdown. It enabled them to take a 14-13 lead into the half and they held that lead for the entire second half.

Fans and media alike have taken issue with Josh McDaniels play calling during that sequence and rightfully so but I think that goal line stand illustrated just how much Tennessee controlled the line of scrimmage defensively.,

3. Derrick Henry was a monster: Henry was the one guy the Patriots needed to keep in check defensively and they didn’t. He went off rushing for 182 yards on 34 carries. He scored a rushing touchdown and a receiving touchdown.

The Titans game plan on offense was terrific. They knew New England had been struggling to stop the run so they committed to Henry by running the football and controlling the clock. They played at their pace as a result.

4. Coaching: Bill Belichick and his staff were out coached by Mike Vrabel and his staff. PERIOD! The punt sequence where the Titans burned off a 1:46 off the clock was proof that Belichick was outfoxed by one of his former players.

5. Collective failure: This loss and Patriots season as a whole was a collective failure. Tom Brady regressed and was banged up. The offensive line struggled with injuries and inconsistency. Brady had no rapport with his receivers other than Julian Edelman. The coaching also failed to develop N’Keal Harry so he never became the so called replacement for Rob Gronkowski in the passing game.

The defense was elite for 12 weeks but fell apart after the Baltimore loss and could no longer carry this team as evidence by the Dolphins loss.

Belichick and his staff didn’t do a good job down the stretch and the lack of experience on the staff was evident.