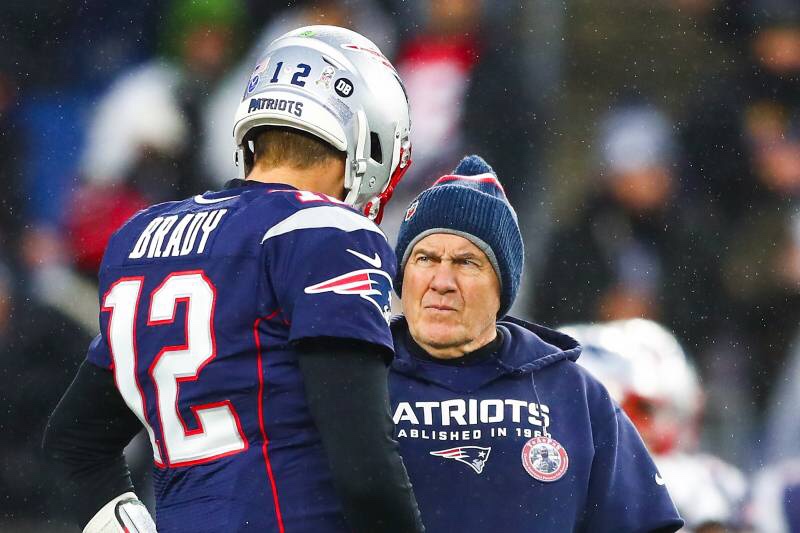 Bill Belichick and Tom Brady have been synonymous with success the past twenty years. Is it time for a split?

I purposely decided not to overreact after last Saturday’s loss to the Titans. I didn’t want to start writing a bunch of stuff about the future of the Patriots or start predicting their demise. Instead, I wanted to wait, gather my thoughts and then write.

The first topic I want to address is the future of Tom Brady. Many national and local pundits have already determined that Brady is gone. This is Brady’s last shot at free agency and he wants to get paid. I am sure that is the case and even at 42 going on 43, he will still have plenty of suitors.

Brady however has to ask himself. Do I want to start over? In essence, that is what he would be doing. New coach, new scheme and new teammates. Unlike the past two years, Brady won’t be able to take the spring off. He will have to attend all voluntary and mandatory mini camps and OTA’s with his new team. He has to if he wants to get on the same page with his new teammates.

Despite all of those factors, I believe Brady wants to test the waters of free agency and he wants to be courted by other teams.

Brady feels a level of resentment towards the Patriots for not offering him a multi year extension in recent years. That doesn’t mean however that the Patriots are automatically out in terms of retaining him. I believe his relationship with the organization and his connection to the region still matter to him.

When it comes to returning to New England, Brady has all the leverage. The Patriots don’t have a Plan B option on the roster right now. Don’t give me Jarrett Stidham. He’s not ready.

If Brady leaves, the Patriots would have to either sign or trade for a veteran quarterback and draft another one. What are the Patriots options in free agency? Jameis Winston? Ryan Tannehill? Marcus Mariota, Teddy Bridgewater? There are some intriguing options but are they a better fit than Brady right now? That is what Bill Belichick needs to think about.

As far as the draft, the Patriots will have the 23rd pick in the first round. New England will not be in position to draft Joe Burrow, Tua Tagovailoa or Justin Herbert but intriguing options like Jake Fromm, Jordan Love and Jacob Eason could be available to them late in the first round.

Belichick will have some options but the ideal thing for the organization would be to re-sign Brady for two years, draft a quarterback early this year and let them compete with Stidham to be the heir apparent.

As we saw with Rob Gronkowski and the tight end position this past season, it is not easy to replace an all time great with just anybody. If Belichick thinks he can simply win with a street free agent or a rookie at quarterback , he is sadly mistaken and letting his ego get the best of him.

If that is the case, then Belichick has a little Tom Landry in him. He thinks he can win with any player in his system. The problem is, the quarterback isn’t just any player. He is the most important player on the roster and the key to success in the NFL.

I believe re-signing Tom Brady and upgrading the talent on the offensive side of the ball is the best way to sustain success. If that makes me a hopeless romantic and an idealist, then so be it.