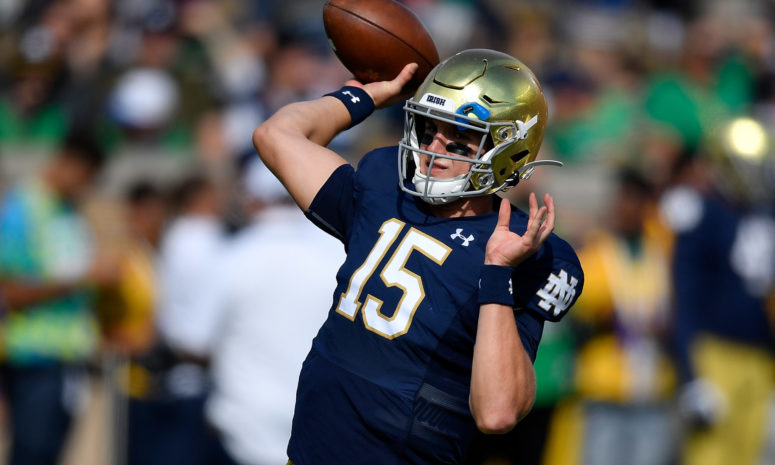 Former Notre Dame quarterback Phil Jurkovec announced on Saturday that he will be transferring to Boston College. The four star recruit out of Pennsylvania was rated as the fourth best dual threat quarterback in the country coming out of high school in 2018. Eagles coach Jeff Hafley foreshadowed the announcement with a cryptic tweet earlier in the day.

Jurkovec is a huge get for Hafley and his staff. He will is the best quarterback in the program and should start over anyone else on the roster including Dennis Grosel. Jurkovec has terrific size at 6-5 215. He has plus arm strength and is effective throwing the ball from the pocket and on the run. Jurkovec shows good touch, timing and anticipation on the deep ball. He has a low impact, fluid delivery. Jurkovec has tremendous pocket awareness and can extend plays in the pocket by consistently moving his feet and resetting.

Boston College jumped to the top of Jurkovec’s list once Hafley hired Frank Cignetti Jr as the offensive coordinator. Cignetti has the background and the pedigree to help Jurkovec develop into a pro prospect. Jurkovec certainly has the skill set to play at the next level.

There was a lot of uncertainty surrounding the quarterback position with Anthony Brown entering the transfer portal. Hafley needed to get a transfer at the position in order to have any chance of competing next season. In Jurkovec, he got his guy. If Hafley and his staff can put some quality skill pieces around him, Jurkovec will thrive in the Eagles offense.