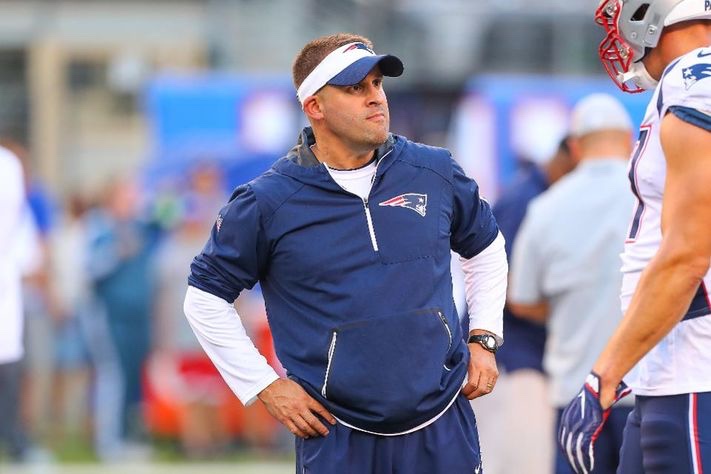 Patriots offensive coordinator Josh McDaniels drew the ire of Patriots fans this season with his play calling. Despite years of unprecedented success and coordinating an offense that has won three Super Bowls, Patriots fans had enough of McDaniels and his system.

When reports surfaced that McDaniels was a leading candidate for the Panthers, Giants and Browns openings, Patriots fans offered to chauffeur McDaniels to the airport.

The Panthers and Giants openings were filled quickly. Matt Rhule was hired in Carolina and Patriots special teams coach Joe Judge was the surprising choice of John Mara and Steve Tisch in New York.

McDaniels only had one option left if he wanted to become a head coach next season. The Cleveland Browns. McDaniels hails from Ohio so the Browns have always been a dream job of sorts for him. He was the favorite to land the job but the analytically driven Browns have made some peculiar hires in recents. Despite McDaniels resume and success in New England, he did not get the job. Vikings offensive coordinator Kevin Stefanski did.

Barring a last minute opening around the league, McDaniels is returning to the Patriots. While that might chap some Patriots fans, the reality is, it is what is best for the organization.

McDaniels has had a lot of success, particularly with Tom Brady. With McDaniels back, it could lead to Brady being more open to re-signing with the team. Brady will still explore the open market but his relationship with McDaniels is strong.

The Patriots had an inconsistent season offensively in 2019. The inconsistency of their offense was maddening at times and yes, some of the blame falls on McDaniels. However, the Patriots are better off with him than without him.

Like it or not Patriots fans, Josh McDaniels is coming back and that is a good thing.