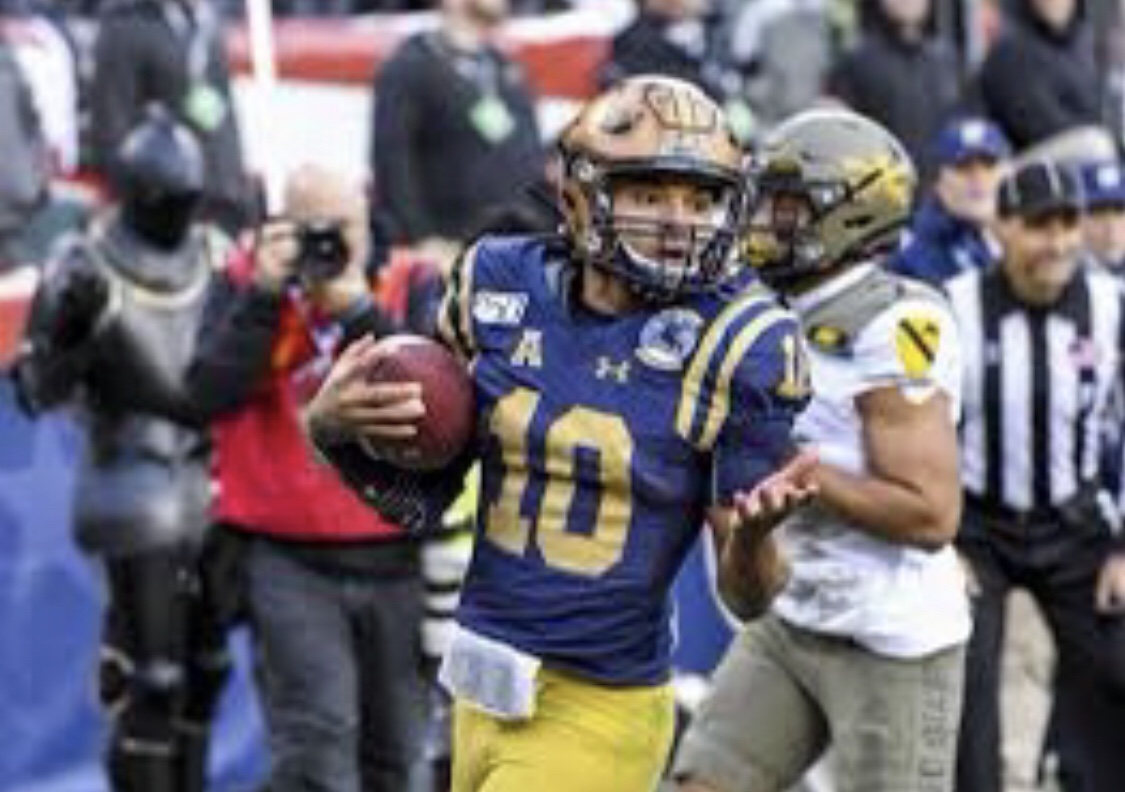 Draft season is upon us with the East West Shrine game kicking things off today. It is the 95th edition of the oldest all star game in college football.

The Patriots have always found some talent in this game during Bill Belichick’s tenure. Jimmy Garoppolo, who played in the game in 2014 immediately comes to mind.

Here are ten prospects that fit what the Patriots like to do and could be on the team’s radar.

1. James Morgan, QB, 6-4 230, Florida International (E): Morgan has impressed scouts all week with his touch and arm strength. He has good size, is athletic in and out of the pocket and has the potential to develop into a starting quarterback with time.

2. Binjimin Victor, WR, 6-4 199, Ohio State (W): The Patriots need to get faster offensively. They need more of a big play element in their receiving corp. Victor has good straight line speed, can separate vertically and has the size to win one on one jump ball battles.

3. Daishawn Dixon, OG, 6-4 319, San Diego State (W): Dixon can play guard or tackle. He has long arms, strong hands and can gain separation in tight quarters or in space. With Joe Thuney a free agent, the Patriots must address the guard position.

4. Malcolm Perry, WR, 5-9 190, Navy (E): We all know Belichick’s affinity for Navy and slot receivers. Perry has had a great week of practice and you better believe the Patriots took notice.

5. Shaq Quarterman, ILB, 6-1 238, Miami (Fla) (E) With Kyle Van Noy, Elandon Roberts and Jaime Collins all free agents, linebacker becomes a position of emphasis in this draft. Quarterman plays with great instincts and was a tackling machine at Miami. He can play MIKE and SAM linebacker.

6. Michael Divinity, OLB, 6-1 243, LSU (E): Divinity has had some off field issues at LSU but he is an explosive athlete who can rush the passer and play in space as a coverage linebacker in sub packages. He is raw but there is a lot of upside there.

7. Austin Lee, S, 6-0 200, BYU, (W): Lee is the quintessential Patriots safety. He can play free or strong safety, can rock to motion out of a 30 front and can play on the second and third level. A do it all player who amassed 111 career tackles (72 solo) and 3 interceptions in his career.

8. Marc Antoine Dequay, FS, 6-2 195 Montreal, (W): Dequay has terrific length and looks fluid when transitioning in coverage. He has good instincts and plays with good timing when the ball is in the air. With Devin McCourty a free agent, safety will be a position to watch for in this draft for the Patriots.

9. Derrick Dillon, WR, 5-11 185, LSU (E): Sticking with the theme of the Patriots needing more speed. Dillon would add an explosive element to their 10 personnel packages and return kicks as well.

10. Giovanni Ricci, TE, 6-3 245, Western Michigan (E) Ricci is your classic move tight end who is ideally suited to be the second tight end. He runs good routes inside the hashes and knows how to get open underneath. Ricci is tough and has proven to be a willing blocker who wins on body position and hand placement. He could play special teams as well.