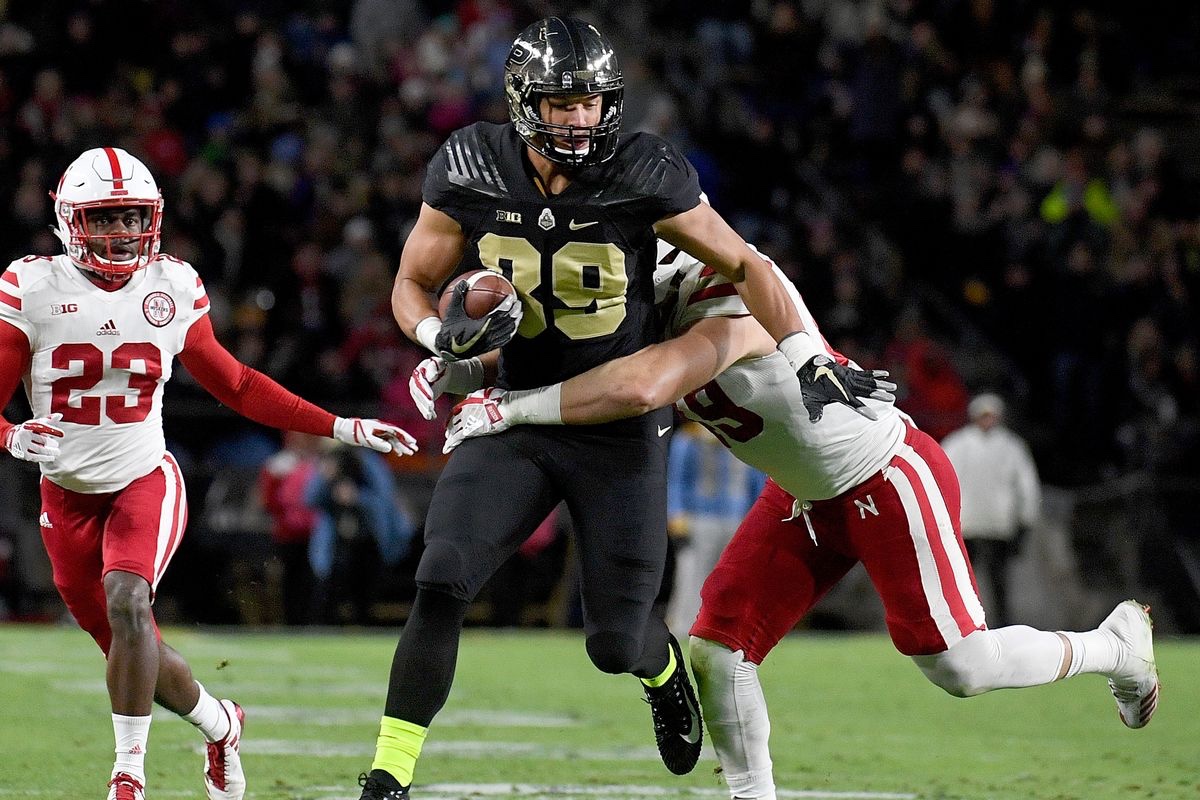 The Senior Bowl is the premier pre-draft all star game in football. Some of the top talent in college football will be on display today in Mobile.

All 32 teams were present in Mobile. Unlike the past few years, the Patriots had a large contingent in Mobile led by Bill Belichick of course. Belichick hasn’t been in Mobile much in recent years but with the Patriots being eliminated early in the playoffs, he has an opportunity to evaluate more closely.

The Patriots have multi free agents so they could potentially have plenty of needs. Wide receiver, tight end and linebacker are there most immediate needs.

Here are ten prospects to keep a eye on.

1. James Proche, WR, SMU 6-0 193: Belichick, the coaching staff and scouts have focused on Proche all week. Proche put big numbers at SMU lining up as a slot and single split end. Proche separates at the line, runs smooth routes and has strong hands. He is smart and understands route adjustments on the move which a big component of the Patriots offense.

2. Brycen Hopkins, TE, Purdue 6-5 245: Hopkins has good size and length. He is a good route runner inside the hashes and he does a good job of bodying up defenders one on one. He played in a 11 personnel heavy offense at Purdue so he is used to lining up inline, as a wing, a slot and split out wide. Hopkins is a competitive blocker but needs to play with a strong base.

3. Steven Montez, QB, Colorado 6-5 230: Montez is a really intriguing quarterback prospect because he has good size, he’s athletic in and out of the pocket and has plus arm strength. He won’t play right away but the physical tools are there for him to develop into a starting quarterback in the NFL. He is the best prospect of the day two and three tier quarterbacks in this draft.

4. Antonio Gandy Golden, WR, Liberty, 6-3 215: Golden is a big receiver and a long strider who can separate after the catch and finish. He has a wide catch radius and will battle for contested balls. He fits what the Patriots do on offense because he line up anywhere in a formation and create a match up. From a body type standpoint, he reminds me of Brendan LaFell.

5. Raekwon Davis, DE, Alabama 6-7 312: You know Davis was well coached at Alabama and that matters to Belichick. Davis is a three year starter who offers versatility. He play defensive tackle or end based on the front called and the personal package. Davis plays a little upright because is strong at the point of attack. He stack and hold gaps and anchor down versus a double team. His length is asset. Davis versatility will make hm appealing to the Patriots.

6. McTelvin Agim, DT, Arkansas, 6-3 300 Agim was impressive last week at the East West Shrine game and as a result was able to get a spot in the Senior Bowl. Agim is explosive off the ball, has strong hands and can control blockers once engaged. He moves well laterally and can stack, shed and get off blockers. A sound tackler, Agim is moving up is moving up team‘s draft boards. He could play the three technique when the Patriots are in 40 fronts or double eagle fronts.

7. Anfernee Jennimgs, OLB, Alabama, 6-3 259: Jennings is your classic oversized SAM linebacker from Alabama. He is in the mold of Dont’a Hightower and Ryan Anderson in that he is a three down player who can support the run, drop and cover in zone and be used as a pass rusher.

8. Shane Lemieux, OG, Oregon, 6-4 316: Lemieux can play guard and tackle, something the Patriots value. With Joe Thuney a free agent and due a big payday, the Patriots will need to draft a guard or tackle in the early rounds.

9. Terence Steele, OT, Texas Tech, 6-6 310: Steele is a tall, athletic tackle who has good feet and has the length to handle speed rushers by cutting the edge off. He could be a solid day two value for the Patriots.

10. Sean McKeon, TE, Michigan, 6-5 248: The Dudley, Mass native was a reliable target at Michigan. McKeon can line up anywhere in a formation and generate a match up. He is effective running the seam route and routes along the sideline. McKeon is also a competitive blocker despite having a slight frame. He has the skill set to be a solid second tight end.