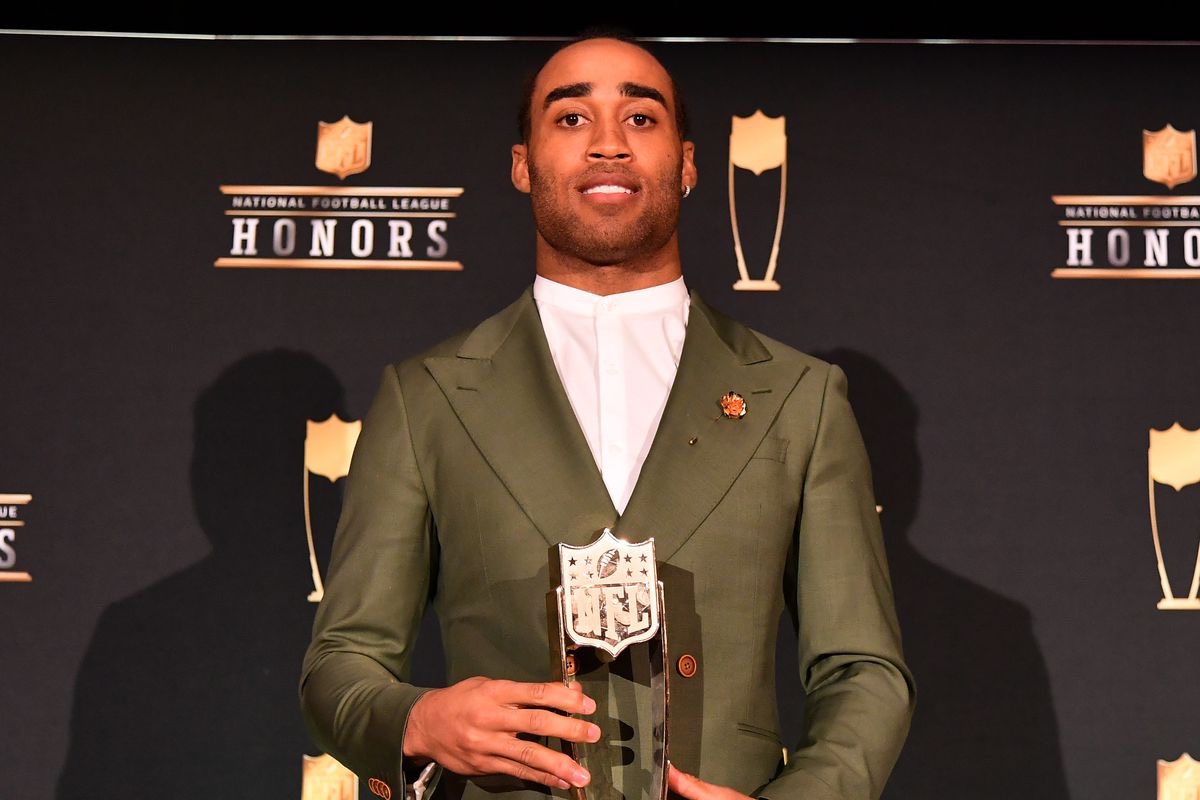 While we’ve grown accustomed to seeing other stars around the NFL accept awards at this event while Patriot players are holed up in their hotel rooms getting ready for yet another “biggest game of their life”, this year – for many reasons on and off the field – was different.

The Pats early exit from the playoffs allowed Stephon Gilmore the ability to not only be named the NFL’s Defensive Player of the Year, but actually accept the award at the show.

Gilmore -somewhat stunningly – is the first ever Patriot to win the DPOY. The likes of Ty Law, Richard Seymour and Rodney Harrison never won the award wearing the blue and white jerseys, but, this award for Gilmore almost feels more like some long overdue recognition than just acknowledgement of his outstanding year.

Gilmore’s best ability so far in his 8-year career has been dependability. Dating back to his first season with the Buffalo Bills in 2012, Gilmore has played in 113 of a possible 128 regular season games. In terms of how important he’s been, you can look to his defensive snaps. During his time with the Patriots, in his 48 regular season games played, he’s failed to play 100% of the defensive snaps 22 times, but the other numbers range from 75-99%.

In Buffalo, his lowest snap count percentage his rookie season was 92% as he was thrown directly into the fire (thankfully not one the burning tables in Orchard Park).

When Bill Belichick originally brought Gilmore in during the 2017 offseason, the signing was met with both positivity and criticism. The criticism mostly came because he simply wasn’t a house-hold name, but clearly playing Buffalo twice a year was advantageous, and BB knew what he was doing.

So, why is Gilmore just getting this recognition now?

The easy answer is that being in prison (Buffalo) for the beginning of your career isn’t going to garner you nearly the amount of attention that playing at Gillette would.

During his acceptance speech on Saturday, Gilmore humbly talked about the most important reasons why he was making some Patriots history, and NFL history, becoming just the sixth corner to win the award that was first introduced in 1971.

“It’s a big award, it’s a big blessing, a lot of hard work,” Gilmore said. “I want to thank the Patriots organization for coming to get me. I want to thank my wife and kids, without them I wouldn’t be in this position. There’s a lot of great players in this league, to win this award, being the best player of the year, it’s a blessing and I’m thankful.”

So now, as the discussions ramp up whether the Patriots dynasty is crumbling or not, there is at least one cornerstone Belichick and the organization can look towards on the defensive side of the ball, that being Gilmore. The level of consistency he’s showed while quietly going about his business has been one of the most Patriot-like displays we’ve seen during this run.

He has become the walking, talking definition of what the Patriots have tried to instill over the last 20 years, and hopefully the award on Saturday is just the first of many for the next great cornerback in Patriots history.

This article has 2 Comments