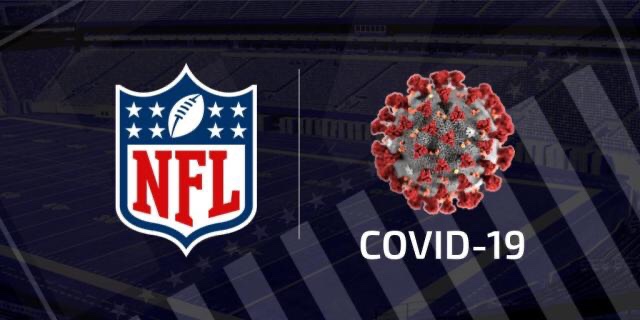 With the sudden shock of professional sports being shut down around the country, instead of dwelling on the current state of the world, we’re a football website so why not take a look at the football ramifications?

In what is arguably the most important offseason in Patriots history, the team is now in a state of limbo. NFL franchises have begun pulling coaches and scouts from the road during draft preparation. The Pats haven’t yet, but in a year where a rebuild – or at least a successful draft, something that hasn’t necessarily been a forgone conclusion during the last few years for Belichick – and the inability to truly get a look at players in certain football situations that they want to manifest during an individual workout or a pro day could be troubling.

For a coach that was working out a non-draft invitee in the rain in Tennessee, those types of workouts can be critical in assessing whether or not a player can truly help this football team moving forward.

Of course, NFL free agency is also set to start this week, and while many things can be done remotely, Tom Brady doesn’t appear to be getting the wine-and-dine tour that big name stars like the NBA’s Kevin Durant or Peyton Manning received years ago. After 20 years and six rings, Brady may actually have the oddest free agency for a superstar in professional sports history.

Brady will have to hop off the horse in Coasta Rica and come back to the United States in the middle of mass hysteria and a state of uncertainty. Now, instead of possibly visiting San Francisco, Tampa Bay (more on that tomorrow…), LA, Miami, Tennessee or anywhere else, odds are teams will now have to pitch him with power points and face time messages.

While the Pats don’t appear to be bending over backwards to make a pitch to Brady, it could actually help them in the sense that if no one is able to wow the quarterback without in-person communication, he may lean towards coming back simply because it’s a case of dealing with the devil you do know rather than the one you don’t.

For other NFL free agents it doesn’t feel like the actual “tours” are as big in this league as they are in the NBA or MLB, but maybe it does alter the landscape a bit. If free agency is pushed back – not only will it deprive sports fans of any type of “live” action to follow – but it may throw a wrench into how teams approach the draft as well.

As for the draft, whether it has an audience or not seems fairly irrelevant. If you’ve ever seen the ESPN 30-for-30 on the 1983 NFL draft “Elway to Marino” – held in the Omni Central Park Hotel – that way of broadcasting the event could be a cool, retro look with only team executives sitting round phones and the commissioner announcing picks instead of the rest of the pomp and circumstance.

Scheduling is also up in the air at this point. Training camps don’t start until August, but NFL rookie camps and OTA’s aren’t far away. With talk of the NBA potentially playing into August this year, July and August may now be filled with playoff basketball to butt heads with NFL training camps and preseason football.

This of course, is uncharted territory for sports fans and athletes alike. Luckily the NFL is not in season and hasn’t had any actual games affected, but now for reasons far more important than free agency, the next week to a month could be critical in how not only the 2020 season goes, but seasons down the road if draft strategy, free agency and scheduling are compromised for longer than anticipated, both for the Patriots and franchises around the country.