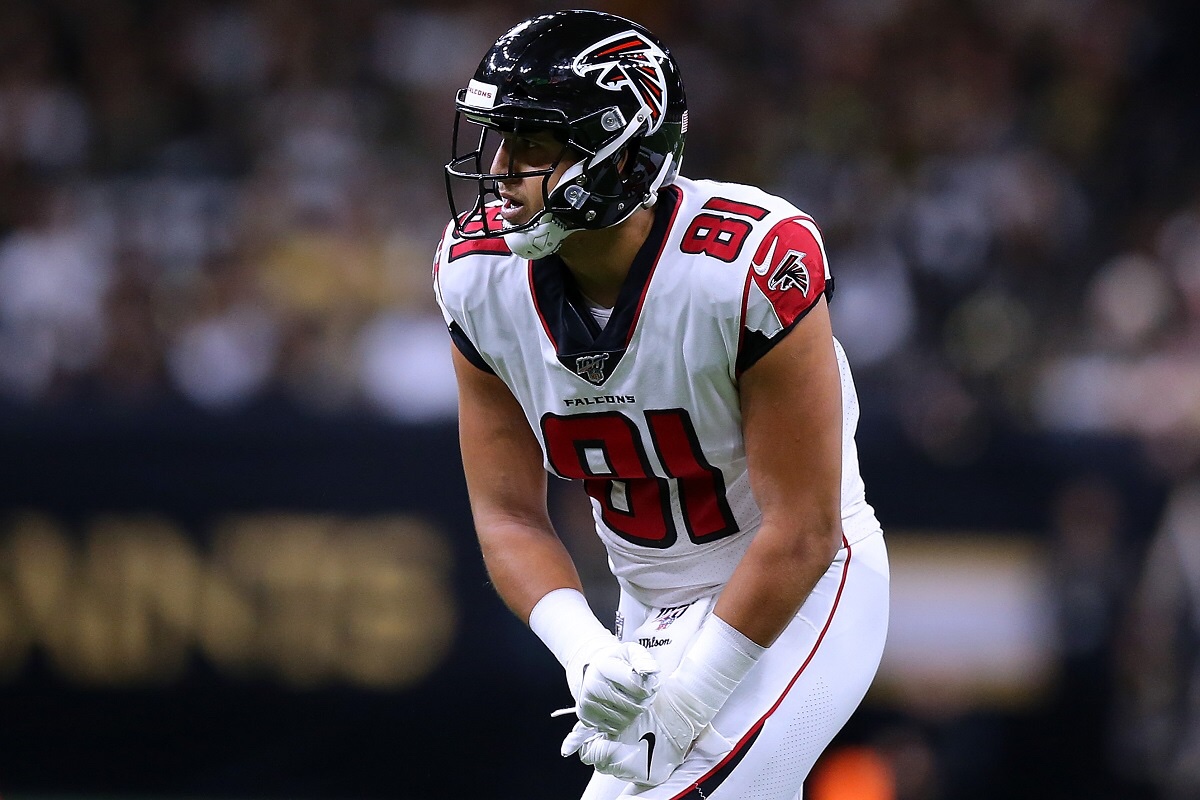 With free agency set to open next week, we examine 20 players that the Patriots could target in free agency.

Our list is based on scheme fit and the team’s most pressing needs this off-season.

All of this of course depends on whether or not the players vote for the proposed CBA on Sunday.

*Tom Brady should be priority number for the Patriots but we are going to take him out of the equation in this piece. Let’s assume he signed elsewhere.

Ryan Tannehill 6-4 210 (Titans): Tannehill is not Tom Brady but he would be a solid replacement in the Patriots offense. Tannehill finally developed into a quality starter last season throwing 22 touchdown passes and completing over 70% of his passes. The Titans catered the offense to his skill set and didn’t ask him to win games. Instead they relied on Derrick Henry and their defense. Despite that, Tannehill would be a good fit in Josh McDaniels offense because of his accuracy in the three step and intermediate passing game.

Teddy Bridgewater, 6-2 215 (Saints):Bridgwater is a smart, athletic quarterback who can make every throw in the playbook and play within the system. The perception is he is a game manager but Bridgewater can be the focal point of the offense and run the show. He proved that last season in New Orleans. He will need quality pieces around him to be successful but he is a starting quarterback in the NFL and should get that opportunity somewhere.

Robby Anderson, 6-3 190 (Jets): Anderson will have several suitors once he hits the open market. He is a three level receiver who can win one on one in the red zone. He has had some off field issues and some maturity issues but he is a player Bill Belichick knows and schematically, he would be a fit in McDaniels offense because of his route versatility.

Breshad Perriman, 6-2 215 (Buccaneers): Perriman had a breakout season with the Bucs in 2019 and finally looked like a first round pick. Perriman is an intermediate and vertical threat who can win versus man coverage down the field. He will get paid this off season because of his explosiveness. He might not do enough to warrant a big contract from the Patriots. Belichick wants to add more speed to the offense but he won’t over pay for it. Especially because receiver is a deep position in this year’s draft.

Tajae Sharpe, 6-2 194 (Titans): The former UMass product has shown glimpses of being a starting receiver at times during his career but he is inconsistent. Sharpe’s route running and his position versatility make him an affordable option for the Patriots.

Austin Hooper, 6-4 255 (Falcons): Hooper would be a terrific fit in the Patriots offense but he will have several suitors including the Falcons. The Patriots could make a run at him but his price tag might be too rich. Bill Belichick wants a number one tight end who can consistently block. Hooper needs to be more consistent in that area.

Jacob Hollister, 6-4 245 (Seahawks): Hollister is a restricted free agent so the Patriots would have to sign him to an offer sheet and the Seahawks would have the chance to match it. The Patriots developed Hollister so they know what kind of player he is. He is better suited as an move tight end than an in line tight end. Hollister filled in nicely for Will Dissely in Seattle last season but I have my doubts if he is anything more than a second tight end.

Joe Thuney, OG, 6-5 308 (Patriots): Re-signing Thuney will be a priority but the Patriots will have a lot of competition for his services. Thuney’s pass blocking and versatility (he can play guard or tackle) will make him attractive in the open market and he could end up being the highest paid guard in the league. The Patriots will prioritize him but they will have to make some tough decisions elsewhere in order to re-sign him.

Graham Glasgow, OG/C, 6-6 310 (Lions): Glasgow is a Thuney clone and while he doesn’t grade out as well as Thuney, he is a good player who is versatile and could play guard, center or tackle. He will attract a lot of attention on the open market. The Lions want to re-sign him but could get outbid.

Ted Karras, OG/C, 6-4 305 (Patriots): The Patriots want to re-sign Karras but he will have an opportunity to start elsewhere at guard or center. Karras is ideally suited to play in a man gap run blocking scheme because he is a better vertical run blocker than he is lateral run blocker.

Connor McGovern, OG/C, 6-4 306 (Broncos): McGovern is another swing lineman who can play guard or center. He can play in any run blocking scheme and could be an affordable option for the Patriots if they miss out on Thuney, Glasgow or Karras.

Javon Hargrave, NT, 6-2 305 (Steelers): Hargrove offers scheme versatility and can play all three downs. He is a terrific gap control run defender. He will have an active market and maybe too pricey for the Patriots.

Michael Pierce, NT, 6-0 340 (Ravens): Pierce is an old school zero or shade nose tackle who can play over the center. He is a two gap plugger who can control gaps and stop the run. Pierce would be an upgrade over Danny Shelton. Like Shelton however, he is a two down player.

Emmanuel Ogbah, DE, 6-4 275 (Chiefs): Ogbah is in the mold of previous Patriots acquisitions at defensive end. Adrian Clayborn, Jabaal Sheard and Kony Ealy were similarly built. Ogbah has length, size and can play either the 9 technique or 5 technique defensive end in a 40 front. Ogbah will have suitors but he could an option if the Patriots need to add a veteran pass rusher.

Carl Nassib, DE, 6-7 275 (Buccaneers): Nassib has been a steady, productive player in his career but he hasn’t been the impact player he was projected to be out of Penn State. He would be a great fit in the Patriots scheme because of his ability to play in all situations and packages. Nassib can play tackle or end.

Jaime Collins, 6-3 255 (Patriots): Re-signing Collins will be a priority for the Patriots but they will have competition. The Saints are rumored to be interested and Collins has a new agent. Collins revived his career upon returning to the Patriots last season. He can play all three downs and can make plays as a pass rusher and in coverage.,

Jordan Jenkins, 6-3 259 (Jets): Another player Belichick knows well. Jenkins is a similar player to Kyle Van Noy although he is not as athletic. He would be cheaper alternative however so he is a possible target for the Patriots.

Kyler Fackrell, 6-5 245 (Packers): Fackrell was terrific in 2018, finishing with 11.5 sacks. His production fell off last season after the Packers added Preston Smith and ZaDarius Smith. Fackrell is tough, athletic and versatile. He could play all three downs.

Devin McCourty, FS, 5-10 190 (Patriots): McCourty has been the undisputed leader of the Patriots secondary for ten seasons. He has flourished in Belichick’s defensive system and while he has expressed playing elsewhere, I cannot see him finishing his career in another uniform.

Adrian Phillips, FS, 5-11 210 (Chargers): If McCourty leaves in free agency, Phillips could be a quality alternative. He is a versatile player who can play in all three levels and play all three downs. Phillips will generate interest through out the league however.