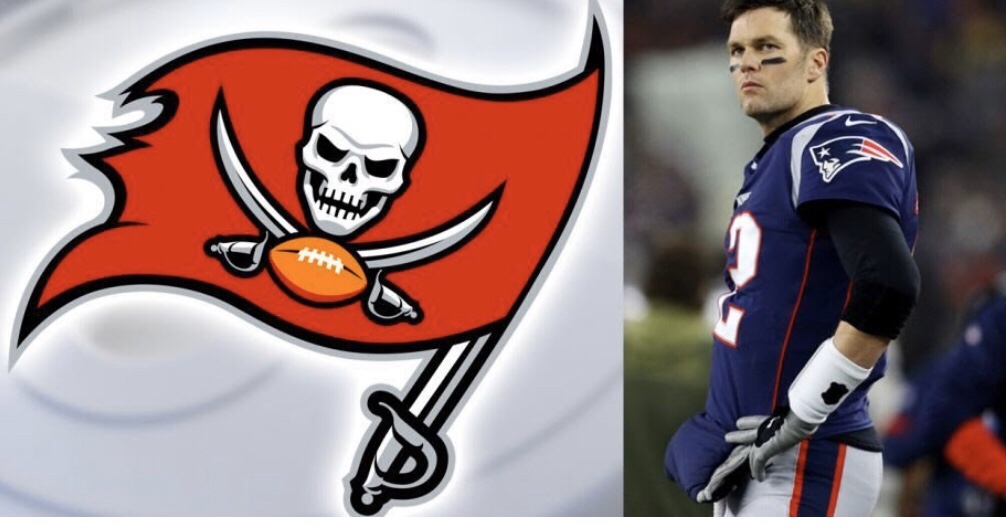 With teams reportedly dropping like flies in the Tom Brady free agent sweepstakes, it appears as if the Bucs and Patriots are the last two teams TB12 has to choose from (although you can’t count out the Raiders just yet).

What would it do to his legacy if he finished his career with a mediocre franchise? Well, that depends.

The short answer is nothing. Brady’s legacy is cemented in football and professional sports forever,, but it would surely get some odd looks. For the guy who seemingly has prioritized winning his entire career, there are only a few other reasons that would make sense for him to willing put on a Bucs uniform.

The first reason Is spite – which you can never underestimate as being a powerful motivator. If Brady is truly unhappy with the lack of respect Belichick, and to an extent Kraft would be showing him if they only offer him a one-year deal, then going to Tampa and truly leaving the Pats in a brutal spot at the quarterback position could be his move.

For this reason alone is also why I don’t count out the Raiders yet either. Of course Vegas and LA would also be a short trip for his family and that could hold some serious clout, but football wise there’s no real reason for him to go there if winning is still a top priority.

If we’re talking about the roster around him and if it’s only between the Patriots and Buccaneers, well then Tampa is a no-brainer. Would you rather trust Mike Evans, Chris Godwin and a combination of Peyton Barber and Ronald Jones in the backfield, or a a rapidly declining Julian Edelman (the whole lame “besties” thing aside), a recovering-from-an-injury Sanu, and potentially a bust of a draft pick in Sony Michel?

At 42 (43 when the season stats) Brady also appears to want a coach who will bend over backwards to let him know that he truly is the best of all time. Belichick has repeatedly said he’d always want TB12 over anyone else at quarterback following a big win, but for whatever reason the two can’t just express it in a truly public way. So, Bruce Arians has a chance to jump on that little bit of drama.

Tampa would bow down to Brady as a community as well, and if Kraft is legitimately able to let Bill make the decision on who the next guy is, Brady may only get the type of admiration and love he’s looking for from Florida.

Clearly a players’ coach, Arians has ALREADY gushed in the media over Brady too, and you’d have to think any offensive input the greatest quarterback of all time wants to have he would get without any issues. Arians has made a lot of offensive players look good in their careers in various organizations, and adding Brady to that collection of weapons would make Tampa a legitimate threat on offense right away.

Defensively the Bucs would need to get better for Brady to truly think they have a chance and would be worth his time. Last year, Tampa finished 15th overall in the league, giving up 28.1 points per game and 449 total points. But – both offensively and defensively – there are also a total of just six guys on the roster that are 30-years old or older, so there is plenty of room to grow. On the flip side, the Pats have 15 players at 30+, not including Brady.

Two weeks ago the idea of Tampa being a realistic possibility was laughable, but, with San Fran and Tennessee (good luck going 7-9 for the next decade) riding with their guys, Brady will now have to make a difficult choice.

Either tuck his tail and put up with Bill’s BS in exchange of keeping his New England legacy in tact forever, or, choose to try and bring another mediocre franchise back to the top of the mountain for the first time since 2002, all while building a Floridian TB12 Sports empire before riding off into the sunset.