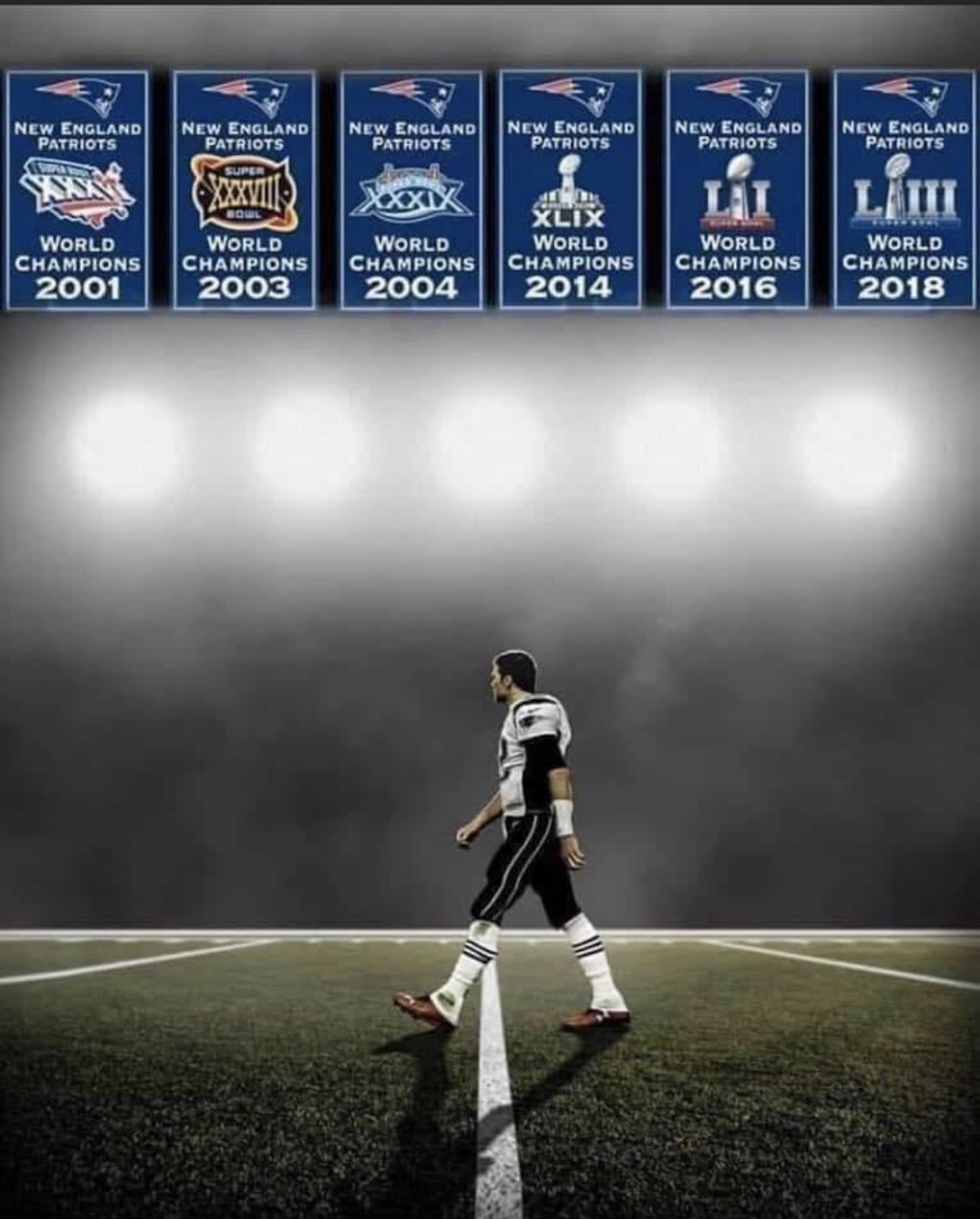 The day that some of us never thought would come has come. Tom Brady is done. Not with football but with the New England Patriots.

The greatest quarterback of all time will not be riding off into the sunset as a Patriot. Instead, he will be taking his talents south to the Tampa Bay Buccaneers.

It wasn’t suppose to end this way for Tom Brady in New England. We weren’t suppose to see him play in another uniform but egos prevailed and after years of taking less money, Brady decided to go for the proverbial bag and finish his career elsewhere.

I haven’t given much thought to what the Patriots will do next next. I guess I will save that for later. For now I am still trying to wrap my brain around the fact that Tom Brady will not be finishing his career as a Patriot. It wasn’t suppose to end this way but it is.

So with that said, I will reflect on this amazing ride we have been on the last 20 years and say thank you Tom. Thank you for giving us memories that will last a life time. Thank you for being a role model on and off the field. Thank you for teaching an entire generation what it means to be a winner.

Fall in New England will never be the same without you. All we have now is memories. Memories that this entire region will cherish forever.