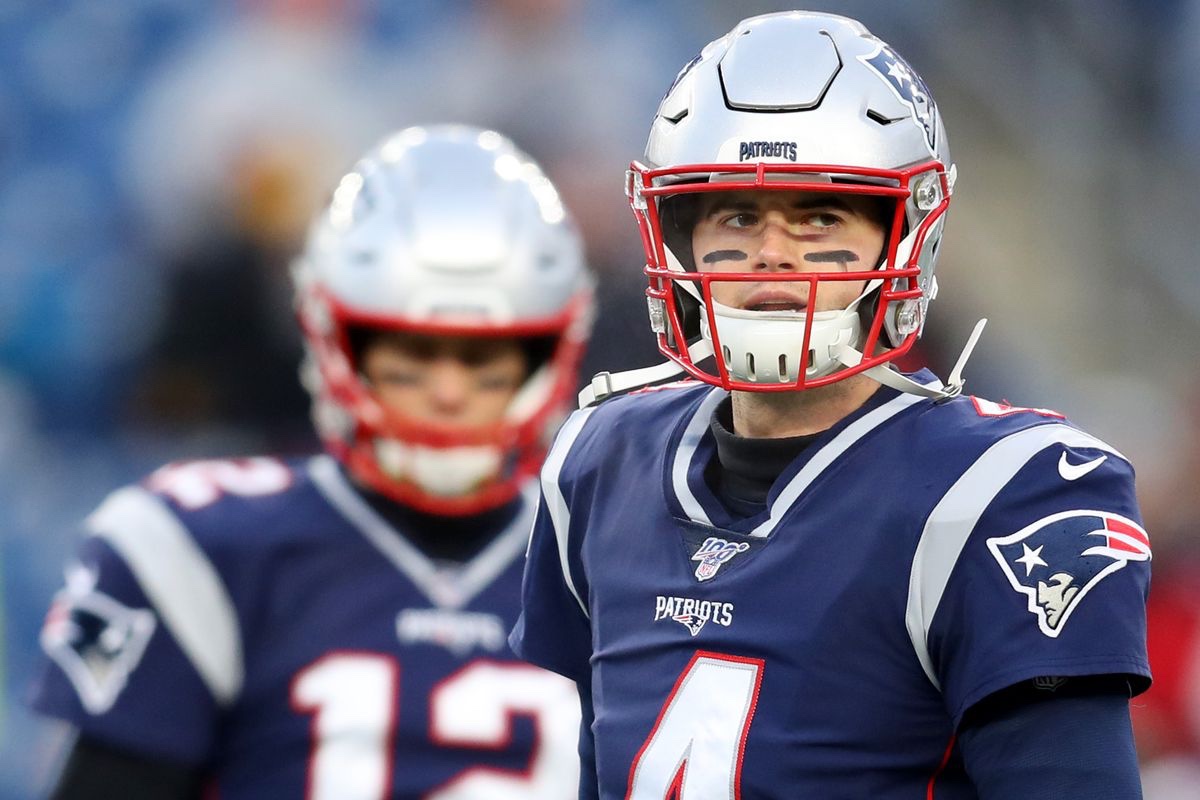 The twenty year tenure of Tom Brady is over. TB12 has left the building and to quote Rick Pitino, he is not walking through that door.

If it is Stidham, Bill Belichick and Josh McDaniels are going to have to simplify the offense for him and support him by playing three phase football. That means run the football, play good defense and tilt the field position on special teams.

Here are five ways the Patriots can ensure Stidham is successful as a first year starter.

1. Strong offensive line play: If the Patriots can keep their offensive line healthy and on the field, it could once again be one of the best units in the NFL.

Keeping this group together is important for a variety of reasons most notably pass protection. If the offensive line can give Stidham time and allow him to use his athleticism in and out of the pocket, he can be effective as a passer and make plays down the field.

2. Run the football: The Patriots running game was not nearly as effective last season as it was in 2018. If the Patriots are going to turn to Stidham to lead the offense, Sony Michel and the rest of the running backs have to be better in 2020. Running the football and controlling the clock will be important, especially early in the season. The Patriots will also need to throw play action which will be a big part of their passing game with Stidham.

3. Heavy 21 and 22 personal usage: I expect the Patriots to be in a lot of 21 and 22 personnel to start the season. Again, if they start Stidham, it will be all about easing him in. By mixing and matching their personnel and using 21 and 22, they will be able to be physical on the ground and set up their deep passing game off play action.

A 21 personnel grouping of Stidham, Devlin, Matt LaCosse, Edelman and Harry could develop into an effective grouping.

4. Emphasize three step and play action: If Stidham ends up being the starter, then the Patriots will emphasize the play action passing game and three step passing game. Play action cuts the field in half and makes the reads easy for a young quarterback. Three step will allow Stidham to get the ball out of his hands quickly.

5. Play great defense: The Patriots have played pretty good defense the last two years and despite recent defections, there is still has enough talent on hand to field a top ten defense. A defense that has to support Stidham and the offense.

The Patriots can win with Stidham as their starting quarterback. They will have to take it slow and allow him to get comfortable. If they do, Stidham has the tools to develop into a quality starter.