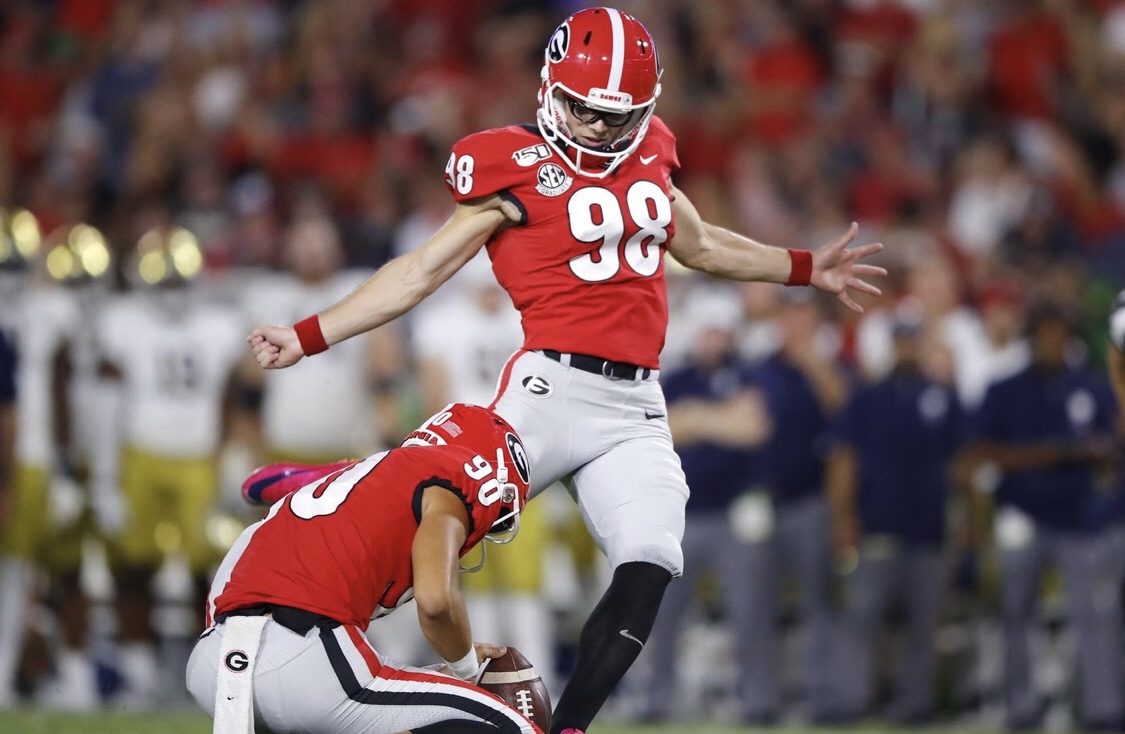 The Patriots released long time kicker Stephen Gostkowski today. Gostkowski was scheduled to make $3.5 million in base salary this season.

Gostkowski struggled through a hip injury last season. He was the second longest tenured player in the organization behind Tom Brady.

The Patriots will have several options to consider but they may opt to address the position in the draft. The draft features several quality prospects including a familiar name.

Here are eight veteran and rookie options for the Patriots to ponder.

Greg Zuerlein, (Rams): “Greg the Leg” struggled last season but still posses one of the strongest legs in the NFL despite his recent accuracy issues.

Nick Folk, (Patriots): Folk kicked for the Patriots last season connecting on 13/18 kicks. The veteran is still consistent but a lack of leg strength could be an issue. Despite that, he will be a cheap alternative.

Ryan Succop, (Titans): Succop was recently released by the Titans. He has always struggled from depth but he has been consistent from 40 yards in. The lack of leg strength could be an issue. Especially considering the Patriots could struggle to score points.

Kai Forbath, (Patriots, Cowboys): Forbath also kicked for the Patriots for one game last season. He could be another cheap possibility depending on how the Patriots chose at address the position.

Rodrigo Blankenship, (Georgia): Blankenship has been one of the best kickers in the nation the past four years. He converted 80 of 97 field goal attempts and was 46 of 46 on extra point attempts. Blankenship and his trademark specs could go early on day three.

Dylan Barnas, (Central Florida): Barnes converted 69 of 70 extra points attempts and 15 of 17 field goals in 2019, his only season kicking at Central Florida. He has a strong leg and plenty of upside.

Dominik Eberle, (Utah State): Eberle converted all 167 of his extra point attempts but only converted 64 of 81 field goal attempts. Eberle has a lot of upside but his consistency issues make him unreliable at times.

Chase Vinatieri, (SDSU): The nephew of Patriots and Colts legend Adam Vinatieri has been inconsistent throughout his career. Vinatieri only made 9 of 18 field goal attempts this past season. Despite that, he has a strong leg and could be worth a mini camp try out.