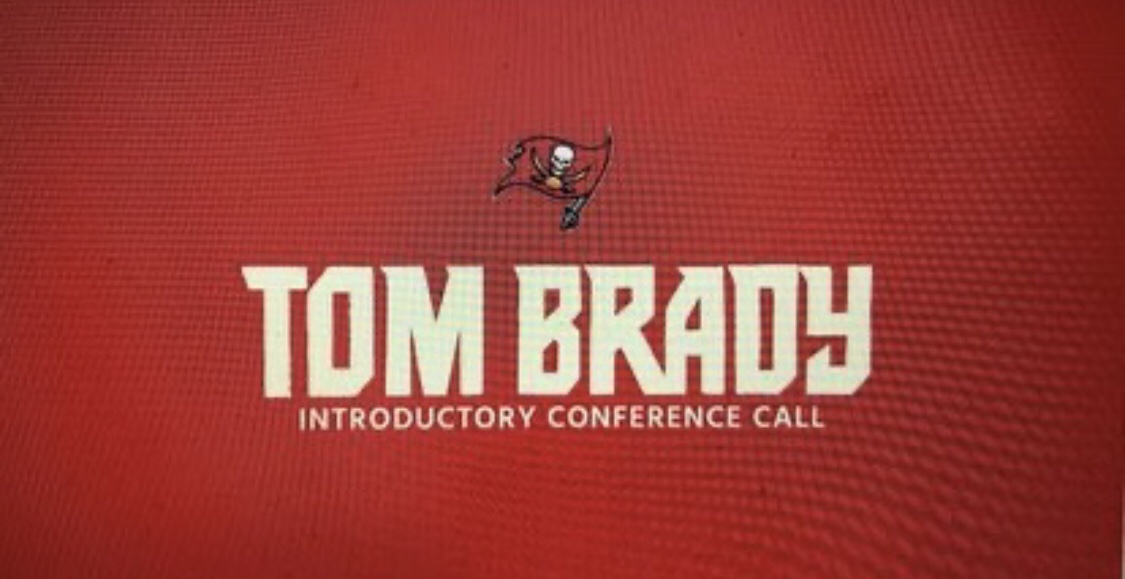 However, Brady sounded more like a child who was being sent away to boarding school immediately regretting his decisions rather than a free agent eager to take on a new challenge.

Brady – as he’s done his whole career – took the high road during the call, refusing to truly bash the way Belichick handled negotiations, but the tone in his voice and certain responses to certain questions painted a picture of a man who simply signed in Tampa because his feelings were hurt.

Brady also acknowledged that it’s been an emotional time for him as well.

“I don’t want to talk about the past, because that’s not relevant to what’s important in my future,” Brady said when asked what it would have taken him to stay in New England.

“What’s going on this offseason for me and like I said, I had nothing but two decades of incredible experience and learning from some of the best players, and the best coaches and the ownership of the team. For all of us, things in life can change, and you’ve got to be able to adapt and evolve. And with each of those changes become different opportunities to learn and grow. And that’s where I’m at. And, you know, anytime you leave somewhere, it’s very emotional.

“The transition was, I would say, very emotional with a lot of guys that I’ve talked to, that I’ve shared the field with, because the relationships are what matter most to me. And, you know, I’m going to be friends with my teammates, my former teammates and coaches for the rest of my life. And that’s not going to leave just because I’m wearing a different jersey.”

As for whether or not Brady was disappointed that the Pats seemingly didn’t push harder to bring back the man that did so much for the organization, his words said no, but the tone in his voice was that of a man disheartened to be leaving the only team he’s ever known.

“No, I have a great deal of respect … There’s nobody who’s been a bigger fan of the Patriots than me,” he said. “So, I have nothing but total respect and love. And, you know, I’m so grateful to Mr. Kraft and the organization and coach Belichick and all the coaches, and obviously, all my teammates, it’s been a lot of days responding to a lot of incredible text messages from my teammates, from former teammates. From just a lot of the great people I’ve gotten to meet over the years and I have so many great relationships that will be maintained. And that’s I think the greatest gift that football’s brought me is the relationships that I’ve had with so many people I’ve worked with.”

The most alarming response from Brady in my eyes in terms of whether he truly wants to be in Tampa or not came in response to a question about when he knew that he was finally making the decision to cut ties with the franchise.

“…..For me, I’ve got to transition and focus on the opportunity that I have to make the current situation I’m in as best I possibly can,” he said after explaining that the decision came following a meeting at Robert Kraft’s house where he spoke to both Robert and Johnathan Kraft as well as coach Belichick.

Situation? Does a 43-year old quarterback – the greatest of all time – put himself in a “situation” during his first ever free agency period unless he absolutely has to? Free agency should leave you feeling fantastic with your decision, it shouldn’t result in you putting yourself in a “situation”.

This is just a long way of reiterating something I wrote about last week when Tampa was suddenly becoming a real threat to land the prize free agent, and that is that it was bad enough here that Brady ultimately wasted his first and probably only free agency period by putting himself in a spot he really doesn’t want to be, just to spite the Patriots.

That sounds like someone who is regretting a vacation that’s gone horribly wrong, not someone who is thrilled with the idea of being the new face of a franchise.

Despite that, Brady – like a true professional – did continue to say all the right things and pumped the Tampa fan base up the way a franchise player should.

While we were spared seeing Tom Brady holding up a Tampa Bay jersey at a real press conference on Tuesday, Patriots fans had to listen to the greatest player to ever wear the Flying Elvis on the side of his helmet going through the motions, trying to make us believe he really “wants” to be a Buccaneer.

In reality, we all know that he should still be a Patriot. Instead of taking a deal he found disrespectful yet one that probably leaves himself with a few more cracks at extending this dynasty, Tom chose to take whatever was in the “Mystery Box”.

If Tuesday’s introduction was any indication of what’s ahead, a career that should end with one glorious final moment in a Super Bowl will now almost certainly end with nothing but a whimper.