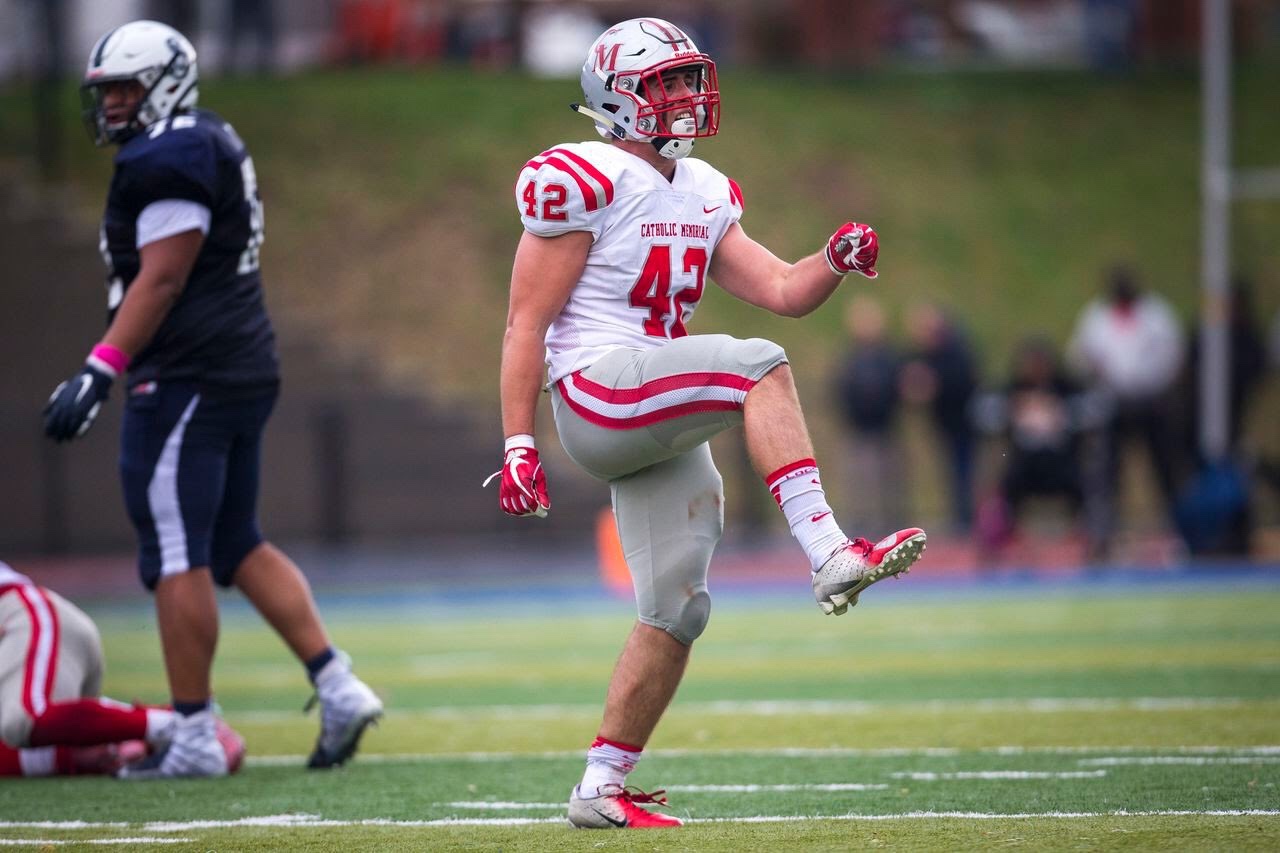 Catholic Memorial junior running back and linebacker Owen McGowan tweeted out on Saturday evening that he has received an offer from Stanford.

The highly touted McGowan also has verbally committed to Boston College, the only other FBS school that he currently holds an offer from.

Stanford offering McGowan a scholarship is no surprise given how good he has been the past two seasons. McGowan not only excels on the field but in the classroom as well so he an appealing prospect to a school like Stanford.

McGowan’s is said to be committed to going to Boston College. He really likes the school, the academics and the idea of playing closer to home. He also likes new coach Jeff Hafley and the staff.

Thanks to the offer from Stanford, McGowan could attract offers from more schools. Don’t be surprised if schools like Northwestern and Duke extend offers as we get closer to the season.