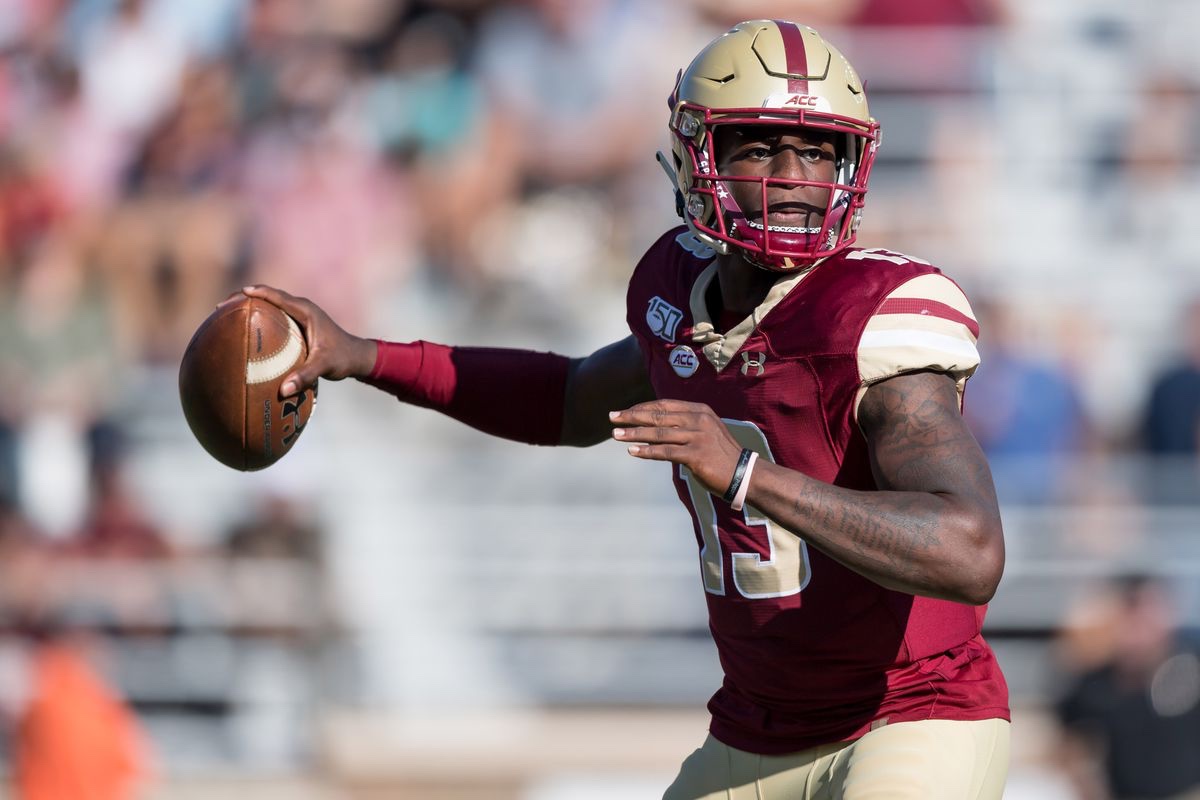 Former Boston College starting quarterback Anthony Brown has announced that he is transferring to Oregon. Yahoo’s Pete Thamel was the first to break the news.

Sources: Graduate transfer quarterback Anthony Brown will choose Oregon for his final year of eligibility. He was a three-year starter at Boston College.

The Ducks need a quarterback after senior Justin Herbert graduated. Brown will compete with redshirt sophomore Tyler Shough for the starting quarterback job. 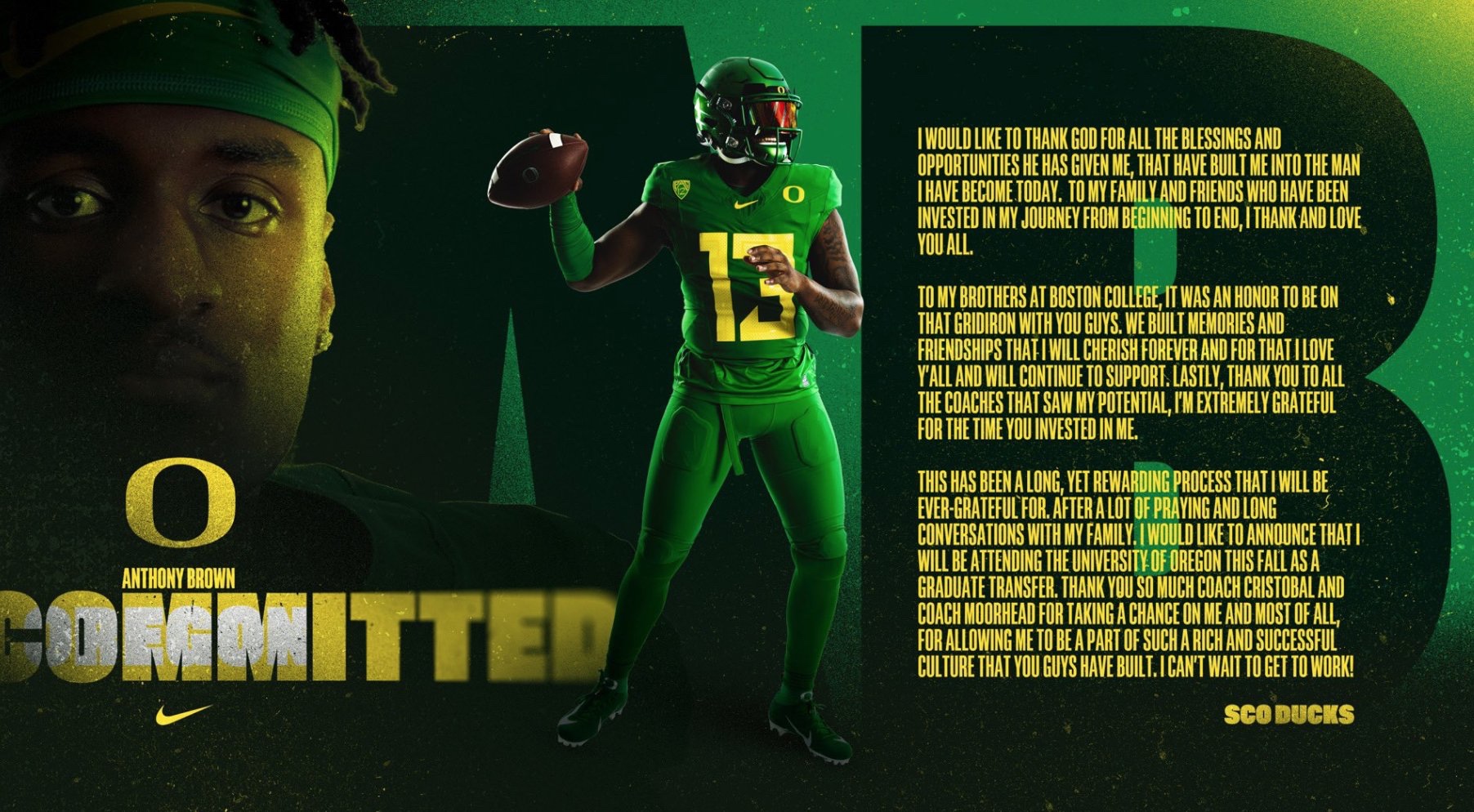 Brown told Thamel that what sold him on Oregon was the culture around the program.

Brown goes from the ground and pound Eagles to a similar system at Oregon. The Ducks like to pound the ball as well. The biggest difference is, Oregon will runs it more of 11 personnel than the 12 or 13 personnel system Brown was used to at Boston College.

It will be interesting to see how Brown’s game translates to the PAC-12. Brown had a 14-11 record in 25 career starts. Consistency was his biggest issue at Boston College. Moorhead is a terrific offensive coach and he will get Brown to play at a higher, more consistent level.

Brown showed flashes of big time potential at B.C but also battled knee injuries. He suffered an ACL injury in 2017 and appeared to have injured the same knee last season.

Brown finished his career at Boston College completing 54.9% of his passes for 4,738 yards. He threw 40 touchdown passes and 20 interceptions.