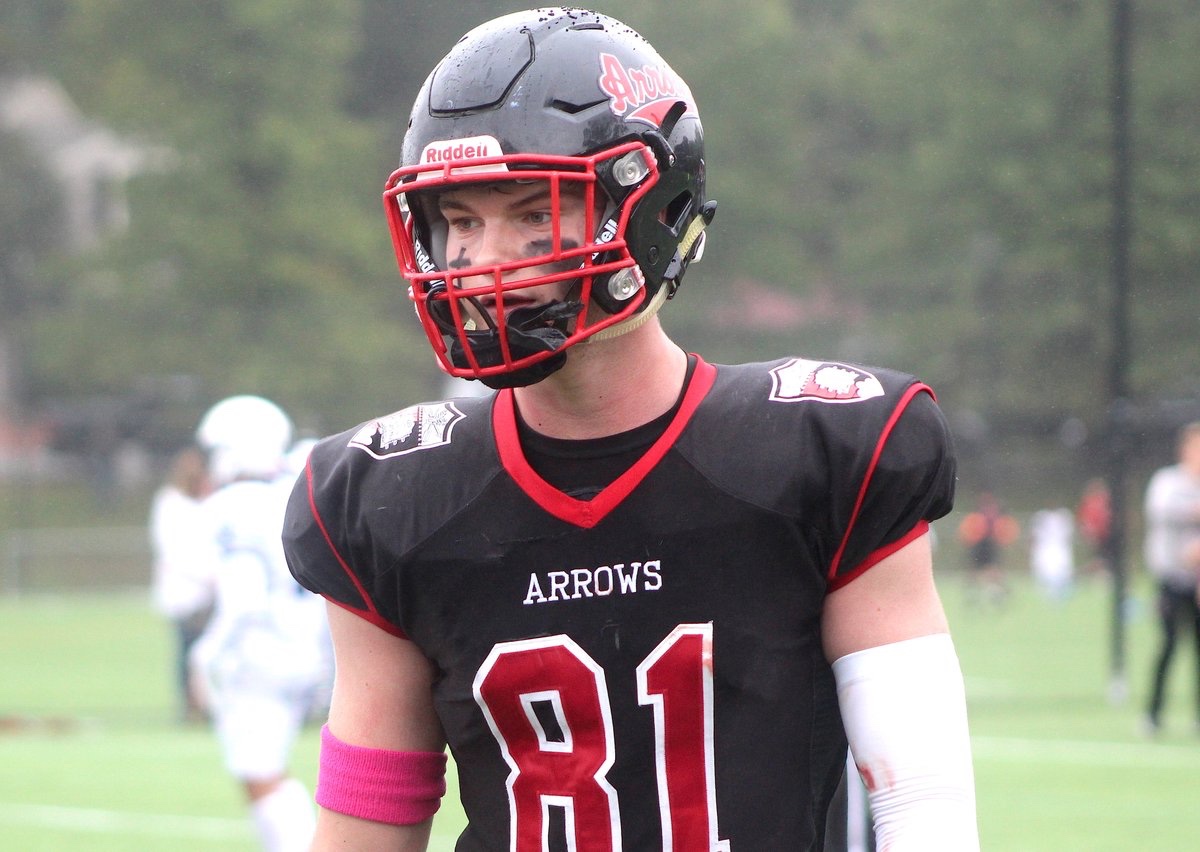 St. Sebastian’s tight end Louis Hansen announced today that he will be attending the University of Michigan.

The four star recruit made the announcement on Rivals.com. Hansen was heavily recruited and had 26 offers from some of the top programs in the country.

Hansen visited Michigan, Boston College. Ohio State and Wisconsin but ultimately settled on Michigan. Michigan of course has had a major recruiting presence in Massachusetts for years, especially in recent years.

Hansen cites his relationship with the Michigan coaches as part of the reason he chose Michigan. It also helps that Michigan heavily utilizes the tight end in their offense.

At 6-5 225, Hansen has ideal size and a frame to add weight. He has a long wing span and is a terrific athlete, especially after the catch.

Hansen is the next in a long line of Massachusetts and New England recruits that have committed to Michigan in recent years. The Wolverines are firmly entrenched in the region and will continue to be in play for some of the region’s top recruits.