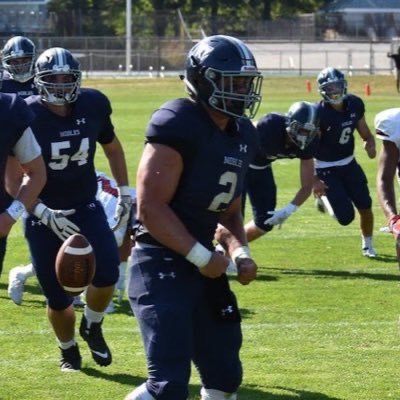 Michigan picked up another commitment this morning from a top recruit in the state of Massachusetts. Nobles inside linebacker Casey Phinney, a three star recruit announced he was committing to Michigan.

The Marshfield, Massachusetts native also had offers from Army, UMass, Princeton and Georgetown but ultimately chose the Wolverines.

At 6-2 235, Phinney has ideal size linebacker size and athleticism. He will be a good fit in Michigan defensive coordinator Don Brown’s scheme as either a SAM (strong side) or MIKE (middle) linebacker.

Michigan’s linebacking corp took a hit this off-season with Khaleke Hudson, Josh Uche and Jordan Glasgow all graduating. Phinney won’t arrive on campus until either the spring or fall of 2021 but he could have a chance to compete for a starting job when he arrives.

Phinney is the second Nobles recruit to commit to the Big Ten in the past year. Defensive end, tight end Cam Large committed to Wisconsin last summer. Drew Kendall, who is also a member of the Class of 2021 is being heavily recruited by major programs as well but has yet to commit.