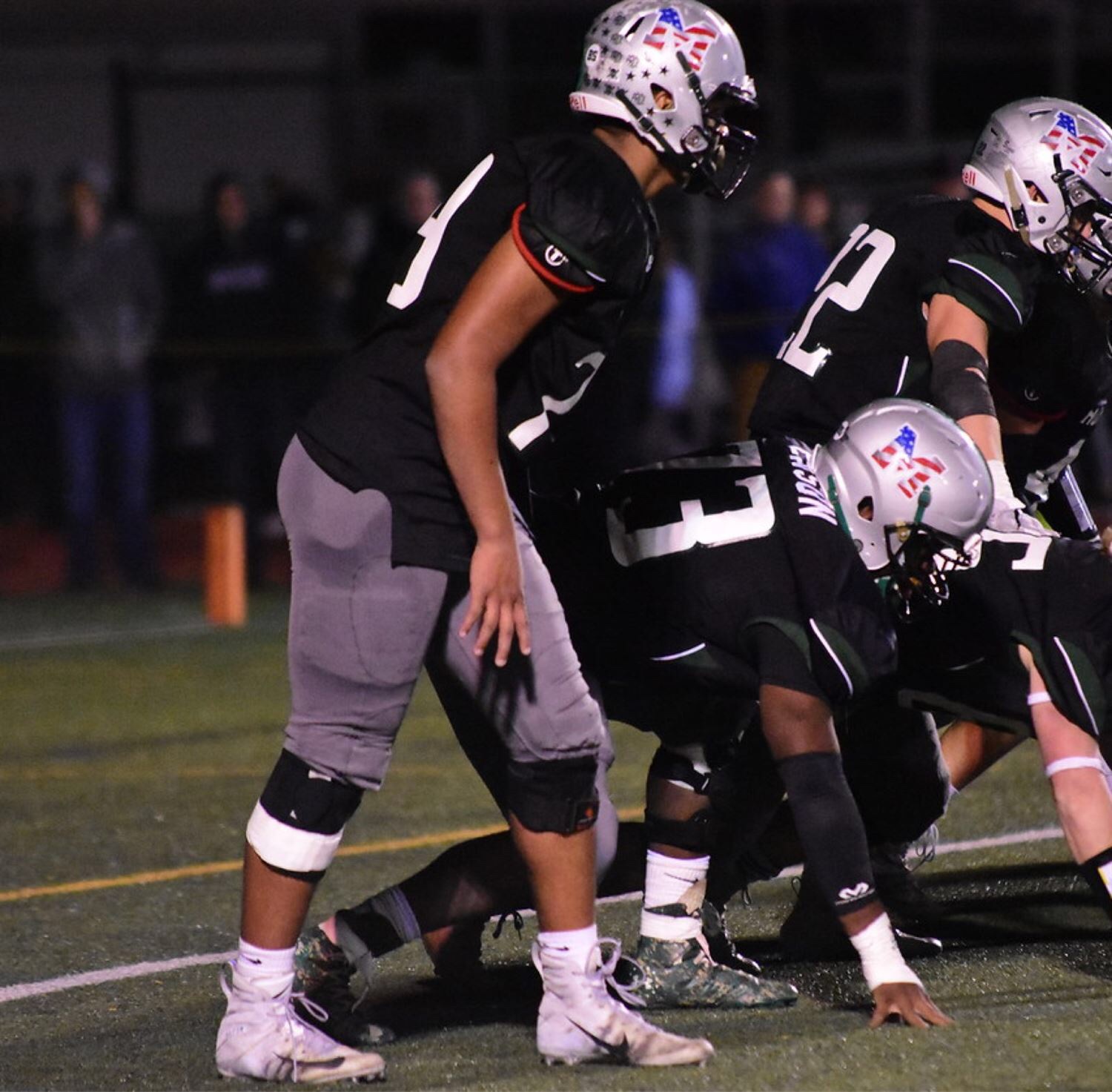 Jim Harbaugh and Don Brown strike again. This time they secured a commitment from one of the top recruits in the state of Massachusetts in Mansfield defensive end T.J Guy. Guy joins Louis Hanson and Casey Phinney as the latest Massachusetts recruit to commit to Michigan.

Thank you to all the coaches that recruited me! I’m 100% behind my decision and ready to be a wolverine! 💙💛〽️ @FBCoachDBrown @CoachNua @CoachJim4UM @UMichFootball pic.twitter.com/yYjqYKyfpz

Guy had originally committed to Boston College in November but when Steve Addazio was fired, Guy decommitted. At the time he said Boston College was still his top choice. It was right around that time that Michigan offered Guy a scholarship and things changed apparently.

I have personal experience coaching against Guy so I know what type of player he is.

At 6-4 245, he is big, explosive and can naturally bend as a pass rusher. He eats up single blocks and has shown he can consistently anchor down and set an edge. Conversely, he ability to play laterally up and down the line of scrimmage is exceptional.

He is still refining his game but Guy has all the physical tools and the frame to develop into an elite defensive end or maybe even a defensive tackle depending on what Michigan envisions for him.

As an offensive coordinator at King Philip, I have had to prepare for this young man for three years. Needless to say, I know what kind of player he is. He kept me up plenty of nights.

With Guy’s commitment, Michigan lands yet another high profile prospect thanks to the network that defensive coordinator Don Brown has established in the area. Since Brown’s arrival in Ann Arbor in 2015, Michigan has landed some of the top recruits in the region.

Guy, Hanson, Phinney, Zak Zinter, Kwity Paye, Mike Sainristil, Tarik Black, Jack Stewart, Andrew Steuber, and Sean McKeon are some of the top recruits in the area in recent years that have decided to play at Michigan. That is an impressive list and expect to keep growing in the coming years.

Michigan’s brand and their presence in New England make them a tough program to compete against when it comes to recruiting.

The tradition and the allure of the Michigan football program are just too much to pass up.