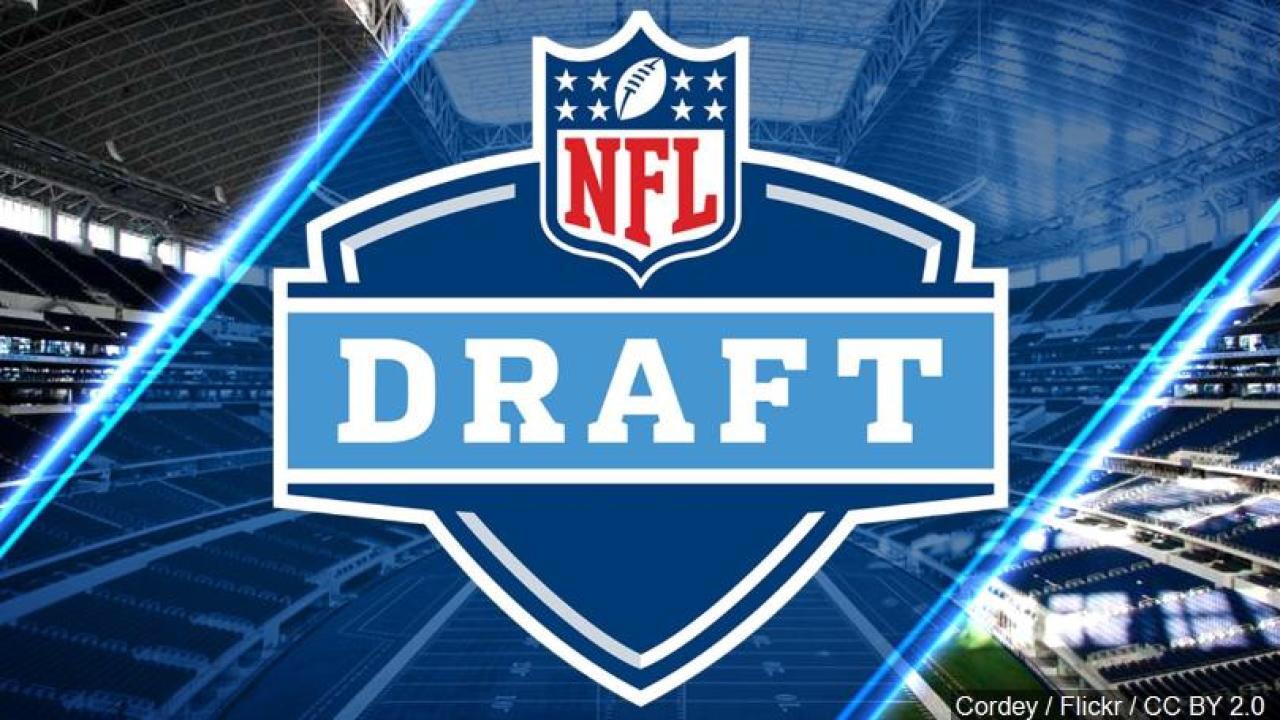 For the next few days leading up to the 2020 NFL Draft, we’ll be doing a quick “this day in draft history” piece taking a look back at some of the high profile players taken throughout the years during this week.

Unfortunately, there have only been two NFL Drafts to have day one fall on the 20th, but despite some slim pickings there are plenty of huge names that had their historic careers start on this day.

The 1996 Draft was the first one to have day one fall on April 20th, and that year the New York Jets had the top pick. Keyshawn Johnson out of USC went first and ended up having a stellar career, winning a Super Bowl in 2002 with the Buccaneers.

The Patriots took Terry Glenn out of Ohio State seventh overall (Tedy Bruschi and Lawyer Milloy were also draft picks of the Patriots this year), he was the second of five receivers taken in the first round. Eddie Kennison went 18th overall to the St. Louis Rams, while some guy named Marvin Harrison out of Syracuse went 19th to Indianapolis. Eric Moulds (Mississippi State) went to Buffalo with the 24th pick.

Day one of the 2002 draft also fell on April 20th, and there were quite a few big names to go while there were also some major busts.

David Carr (Fresno State) went first to Houston, while Joey Harrington of Oregon went third to Detorit. Both guys never established themselves as legitimate starters in the NFL, however the second pick overall Julius Peppers (NC State) did live up to his high selection and then some.

Dwight Freeney (11th, Colts) and Jeremy Shockey (14th, Giants) also went in the first round on this day 18 years ago. Daniel Graham was the Patriots’ selection at 21 overall, just three picks before the legendary Ed Reed went 24th to Baltimore.

Lito Sheppard (26th, Philadelphia) was the last big name to go in the first round, but Clinton Portis (51st, Denver) and Brian Westbrook (91st, Philadelphia) were a couple other high profile names that went during the 2002 draft.