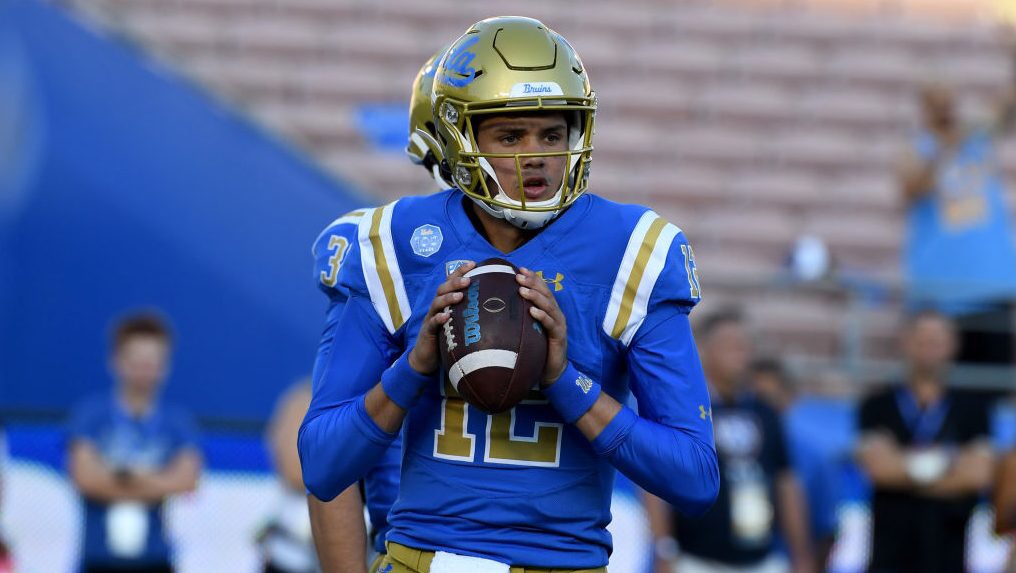 Former Newton South and UCLA quarterback Austin Burton announced on March 3rd that he was entering the transfer portal and leaving UCLA. Today we learned that he has found a new home. According to yahoo.com college football insider Pete Thamel, Burton is transferring to Purdue.

Austin Burton's transfer from UCLA to Purdue is a window into recruiting during the COVID-19 pandemic. He never got to visit campus. Didn't meet the coaches in person. “It’s hard to commit to a place I’ve never been to. It’s a weird thing." https://t.co/jTuwD47GbV

Burton then headed west to play for the Bruins. He started one game last season and appeared in four other ones. He completed 44 of 64 passes for 365 yards and one touchdown pass.

The 6-2 197 pound Burton will be a good fit in Purdue coach Jeff Brohm’s system. He is athletic and can make plays in and out of the pocket. He has plus arm strength and shows good touch and anticipation on the deep ball.

Burton will have to compete for the starting job against three other quarterbacks. Returning quarterbacks Jack Plummer, Aidan O’Connell and true freshmen Michael Alaimo will all have a shot at the job. Despite that, Burton’s experience and skill set put him in prime position to win the competition with a good camp.

Burton has the physical tools to succeed at Purdue. He will have a chance to play in a system that will put him in position to make plays while preparing him for the next level. If he wins the starting job, Burton has two years of eligibility left so he could develop into a legitimate NFL prospect.

The transfer portal was tailor made for players like Burton. He now has an opportunity to play consistently and that is all you can ask for as a player.

It also allows players to find the right fit for them. Purdue is the perfect landing spot for Burton.