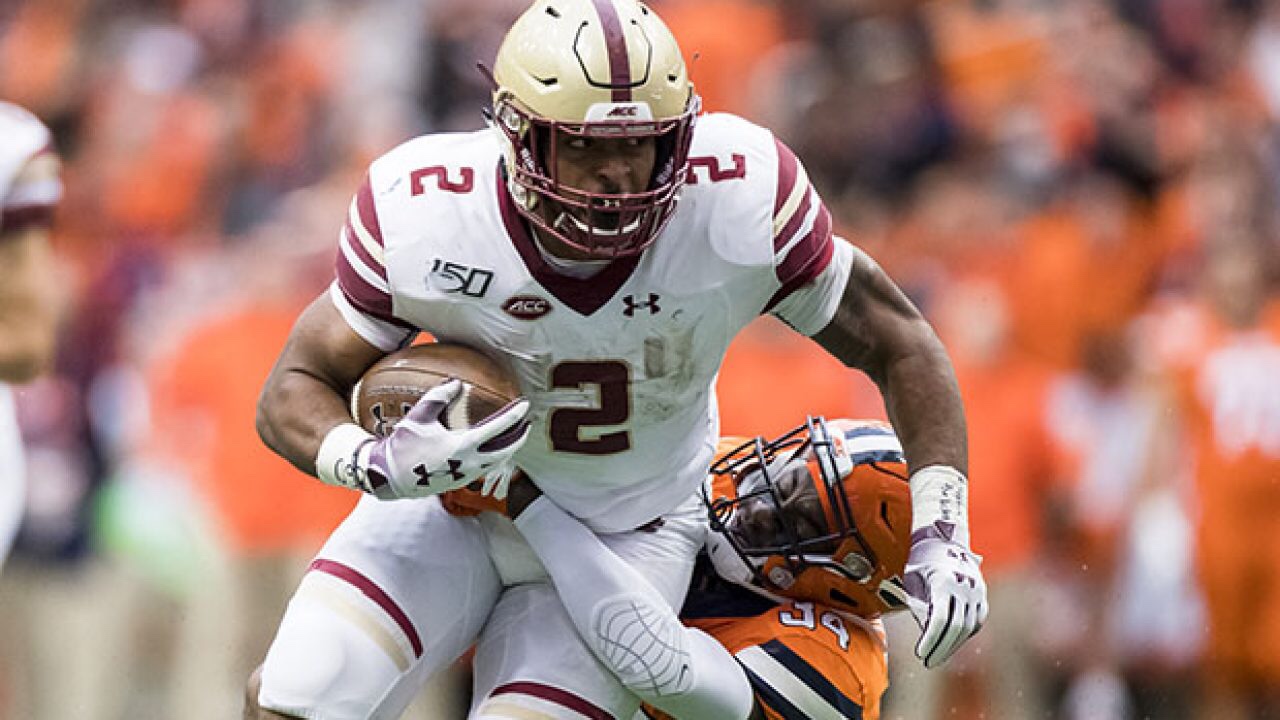 AJ Dillon faced loaded boxes nearly every snap of his career at Boston College, now, he’ll be facing guys like Khalil Mack and Anthony Barr when he hits the hole.

The Green Bay Packers jumped up to select Dillion at No. 62 overall at the end of the second round of the NFL Draft on Friday night. Dillon heads to the NFC North Division with the Bears, Lions and Vikings defenses now waiting for him.

Luckily for Dillon, he won’t have to face those defenses as a workhorse back just yet. Dillon slides into a great situation as a complement to Aaron Jones and Jamal Williams. Of course it also means that Dillon now has a front row seat to watch the drama unfold with Aaron Rodgers and Jordan Love as well.

Dillon and David Bailey made up quite a one-two punch in the backfield at Boston College, so Dillon’s ability to work and learn from two other high quality backs should help his growth immediately.

Dillon will also be a valuable piece in the second half of the season as a downhill power guy. Those December and January games in Green Bay probably won’t be 45-42, so Dillon as a red zone battering ram of sorts could be of great value to that Green Bay offense who had little push back against the 49ers in the NFC title game.