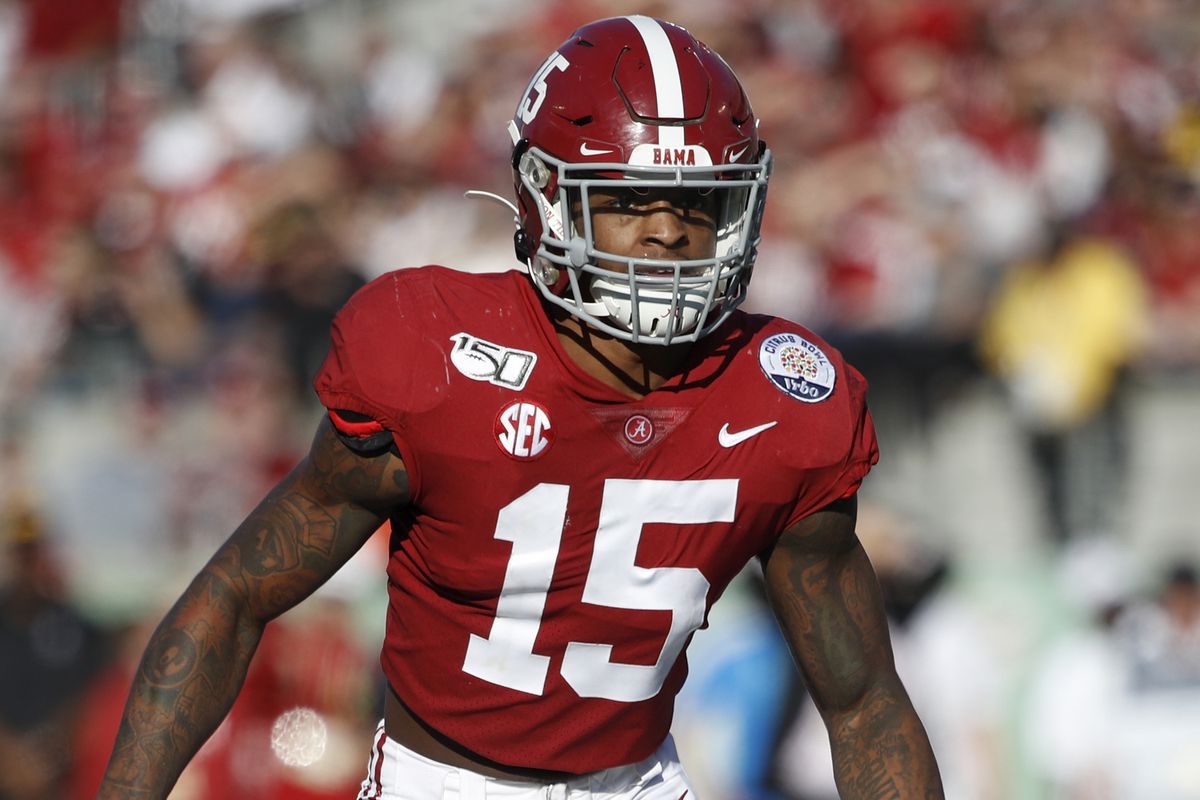 Xavier McKinney could be a possibility for the Patriots at Pick 37.

The Patriots traded out of the first round last night and now have five picks to work with in rounds two and three. The Patriots got picks 37 and 71 from the Chargers for pick 23. Those will be their first two picks of the evening. The Patriots also have picks 87, 98 and 100 which is a compensatory pick.

So who is the best available tonight and what direction do the Patriots go in? Here goes.

1. The Patriots have five picks to work with. They need to come away with at least two to three impact players tonight.

2. Belichick will continue to wheel and deal. Don’t be surprised if he uses the four third round picks that he has to trade back into the bottom of the second round.

3. Defensive end, linebacker, tight end and quarterback are all positions that need to be addressed. It will be interesting if Belichick addresses them or takes the best player available.

4. Belichick could also try to make deals that net him additional picks in the fourth and fifth round. They will be busy tomorrow as well. New England has four sixth round picks.

5. Expect a surprise tonight. The Patriots never draft for “need.” It is all about value for Belichick. He will draft a player that might not fit a short term need but could fill a long term need.