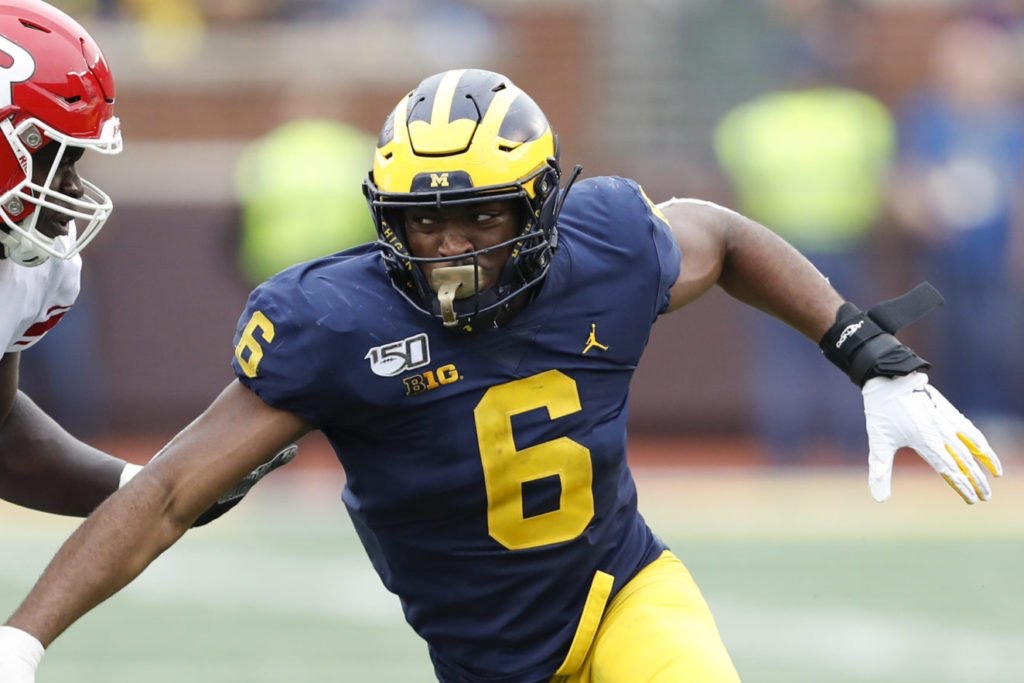 The Patriots traded back into the bottom of the second round to draft Michigan outside linebacker/defensive end Josh Uche. Uche is an explosive pass rusher who can play on the line or as a stack linebacker.

Here is my linebacker scouting report on Uche.

Vs. Inside Run: Uche hasn’t played a lot of stack linebacker in his career so he doesn’t have a lot of experience taking on second level lineman or lead blocker.

Vs. Outside Run: Has the lateral athleticism to spill on outside running plays and get to the ball. Uche can set an edge as an on line linebacker but he lacks the length to extend blockers and string them out. He also needs to do a better job of engaging and stacking lead blockers.

Blitz/Pass Rush: Uche is a converted defensive end. He has an explosive first step and plays with a low pad level. Wins with speed, lean and bend. Even if Uche struggles in coverage as a stack linebacker on third down, he can still be a situational pass rusher.

Key & Diagnose: The weakest part of Uche’s game. Sticks to reads to long and ends up getting blocked. He needs to work on recognizing blocking schemes and identifying ball carriers. Better recognition skills as an on line linebacker.

Lateral Pursuit: Uche runs the loop in lateral pursuit. He can play down the line of scrimmage and finish from the back side consistently.

Tackling: Strong tackler who finishes on contact. Bends, wraps up and drives ball carriers to the ground. Fundamentally sound.

Pass Drop: Uche is fluid in his drop. He can flip his hips feel a route and square up. Does a good job of getting into throwing lanes. He needs to do a better of route recognizing in his drop.

Pass Coverage: The physical tools are to be a very good coverage linebacker. Uche is better in man coverage. Can carry a tight end vertically on seam routes and he can match up with backs out of the backfield on upfield routes.

Final Thoughts: Uche is a terrific value pick in the bottom of the second round. He is another versatile piece who can play stack linebacker on first and second down. and rush the passer as an on line linebacker on long downs.