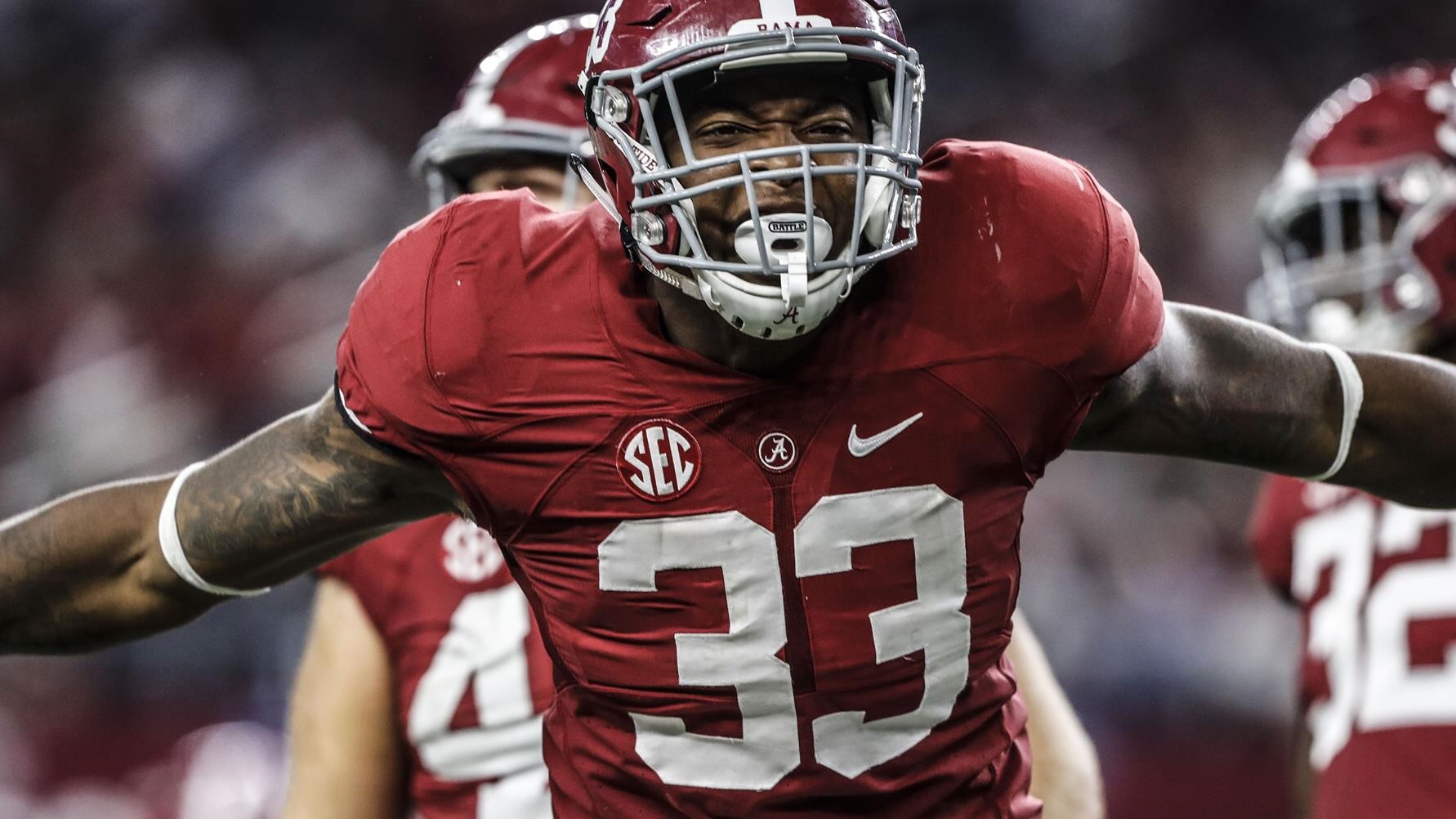 Jennings was the most mocked player in any of my daily Patriots mock drafts. He is a tremendous scheme fit. He is a defensive end/outside linebacker with size and bulk.

At 6-2 256, Jennings is built as an on line outside linebacker but he can also play as a stack linebacker in certain fronts.

Here is my scouting report on Jennings.

Vs. Inside Run: Jennings is strong at the point of attack against lead blockers. Plays with a good pad level and gets underneath second level offensive lineman who try to seal.

Vs. Outside Run: Jennings plays with violent hands and can control blockers. Does a good job of being disciplined when it comes maintaining his gap and setting a hard edge.

Blitz/Pass Rush: The strength of Jennings game. He is effective as a blitzer from depth and as an edge rusher. Wins with power as a pass rusher. Uses a variation of a bull rush with counter moves off it it.

Key & Diagnose: Like all Alabama players, Jennings is well coached in this area. Recognizes blocks and attacks them. Plays heavy handed so he can control blockers once he makes a clean read.

Lateral Pursuit: Has good burst and can chase and finish from behind down the line of scrimmage. Jennings has good short area burst and can close on the ball quickly.

Tackling: Jennings is a physical tackler. Breaks down at the point of contact, wraps up and finishes. Well coached fundamentally in this area.

Pass Drop: Mostly used as a flat defender dropping into a short zone. He will need more reps in this area if he wants to get comfortable being a curl flat defender or a spot drop linebacker.

Pass Coverage: Jennings was used primarily as a rush backer at Alabama so he will need more reps and development in coverage.

Final Thoughts: Jennings is a poor man’s Dont’a Hightower. Similar size and skill set but he is not the athlete Hightower was coming out of Alabama. Despite that, he is another versatile edge player who can eventually develop into a stack linebacker as well. Jennings will be counted to play in sub packages and special teams.