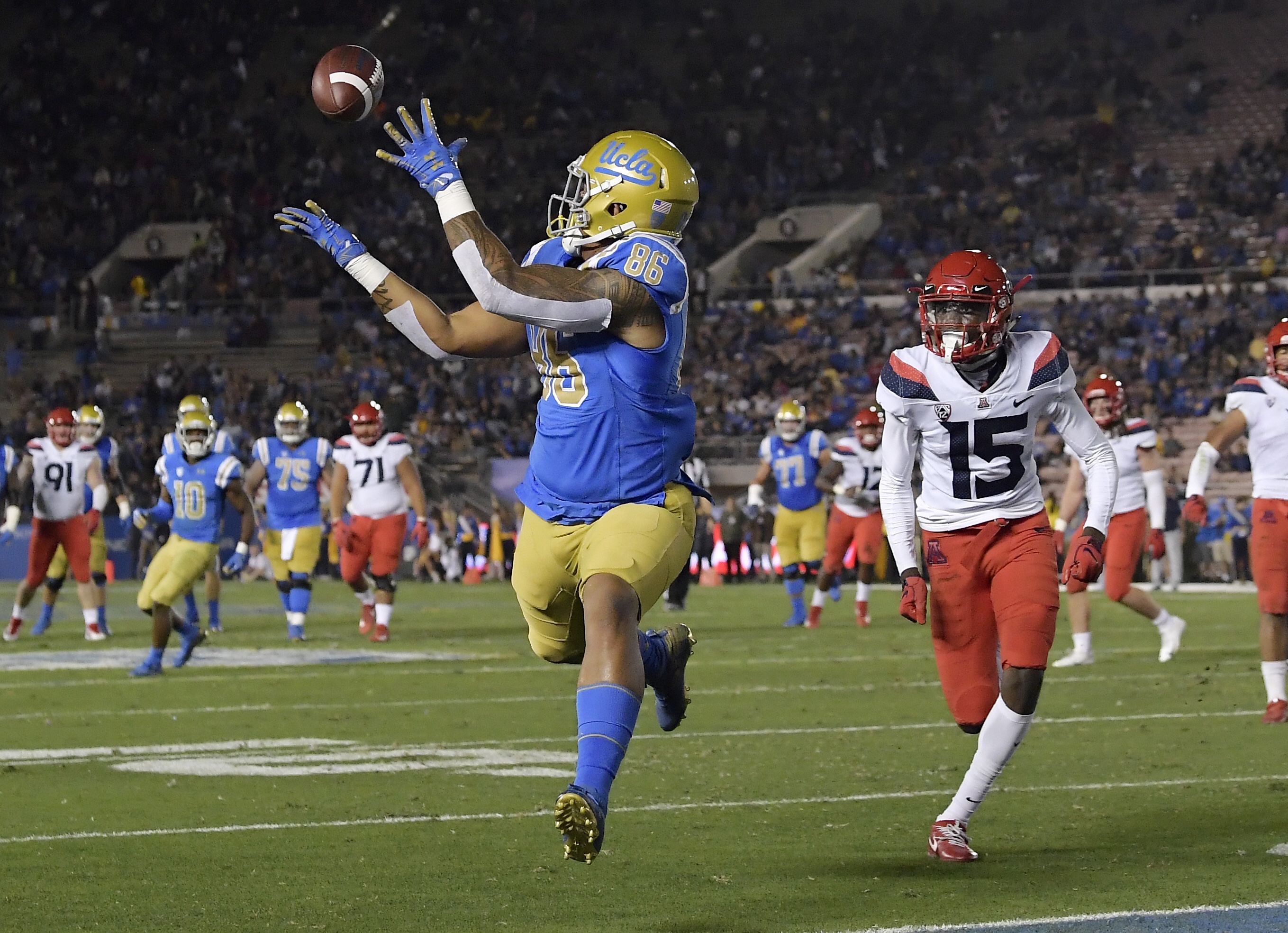 The Patriots drafted tight end Devin Asiasi out of UCLA with a third round pick. Asiasi has decent size at 6-3 257. What makes him a potential difference maker is his ability to run vertical routes and separate after the catch. Asiasi has a natural feel for the position as a receiver.

Here is my scouting report on Asiasi.

Hands: Asiasi catches the ball with ease. He can go up and attack it in and one on one situation or extend away from his body and make the difficult catch. He can be a bit of a body catcher at times which leads to drops.

Patterns: Terrific route runner who can stack second level defenders quickly and create separation. Gets in and out of his cuts cleanly and transitions smoothly. Runs vertical routes well particularly seam, corner routes and deep crossers. That makes him a match up problem for opposing defense. Can run any route or route concept in the offense.

Long & Short: Asiasi is a three level target who can be possession target but also a vertical threat in plus territory. Can be detached from formations and create a match up advantage in the right situation.

Blocker: Average blocker at this point. Competes but has positioning and balance issues. Needs to take better angles. Chases second level defenders. Doesn’t consistently set an edge as an inline blocker on outside running plays.

Release: Asiasi gets a clean release from an in line alignment but needs to do a better job of releasing into his route from a detached alignment.

Initial Quickness: Asiasi shows good burst out of his stance. He has a second gear at the second level but tends to slow down at the third level trying to track the ball.

Final Thoughts: Asiasi started at Michigan and didn’t really play much. He entered the transfer portal, returned home to California and played at UCLA. He busted out last season catching 44 passes for 641 yards and 4 touchdowns primarily as a second tight end. In a year where the tight end position is average, Asiasi could be a steal for the Patriots if he continues to develop as a blocker. He has TE1 potential because of his route runner and ability to finish in the red zone.