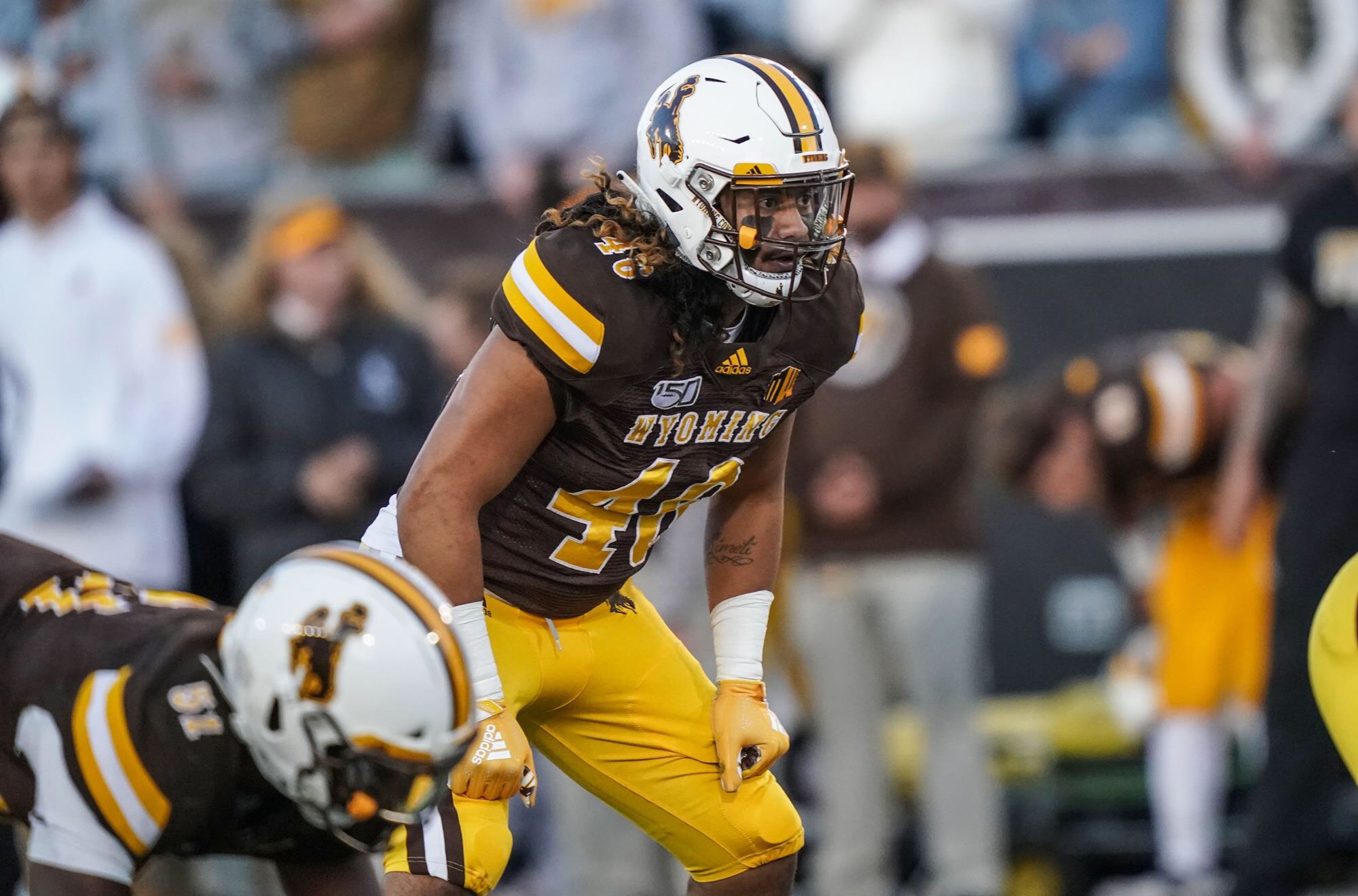 Maluia is an intriguing prospect. He was a three year starter at Wyoming and ran a 4.53 at his pro day. He flashes good athleticism on tape especially on outside running plays and underneath zone coverage.

Inside Run: Doesn’t attack gaps, hesitates and tries to skirt around blocks. Doesn’t use his hands well to strike blockers and shed them. Tried to play half the blocker all the time.

Outside Run: Moves well laterally and can close in a hurry. Recognizes outside runs quicker and can play downhill and ward off blocks. Does a good job of beating blockers to a spot.

Blitz/Pass Rush: Has the quick twitch explosiveness to be an effective blitzer. Better suited coming off the edge where he can use his first step quickness and efficient hand usage.

Key & Diagnose: Does a good job of matching what he sees to his footwork and timing his movements. Has a good understanding of backfield flow and blocking schemes and attacks on the snap. Needs to learn to play under control on outside flow and not give up cutbacks.

Lateral Pursuit. Maluia’s best attribute. Classic flow and spill linebacker who moves well laterally and can chase and finish plays in front of him. Does a great job of taking angles and beating ball carriers to the spot.

Tackling: Maluia is out of control at times as a tackler. He over runs ball carriers all the time. Has a tendency to not wrap and finish even if he is in the breakdown position. Too many arm and ankle tackles.

Pass Drop: Shows good instincts underneath in zone coverage. Recognizes routes and does a good job of breaking his drop and playing them in his zone.

Pass Coverage: Fluid in zone coverage. Drops, reads routes and adjusts accordingly. Needs to be more patient however. Prone to biting on whip and jerk routes.

Final Thoughts: Maluia has some intriguing physical tools but tends to play out of position at times and isn’t physical when engaging blockers. While he makes plays and has a nose for the ball, he is often out of position. He needs to play more within the scheme and not freelance. Has terrific special teams potential because of his speed and athleticism.