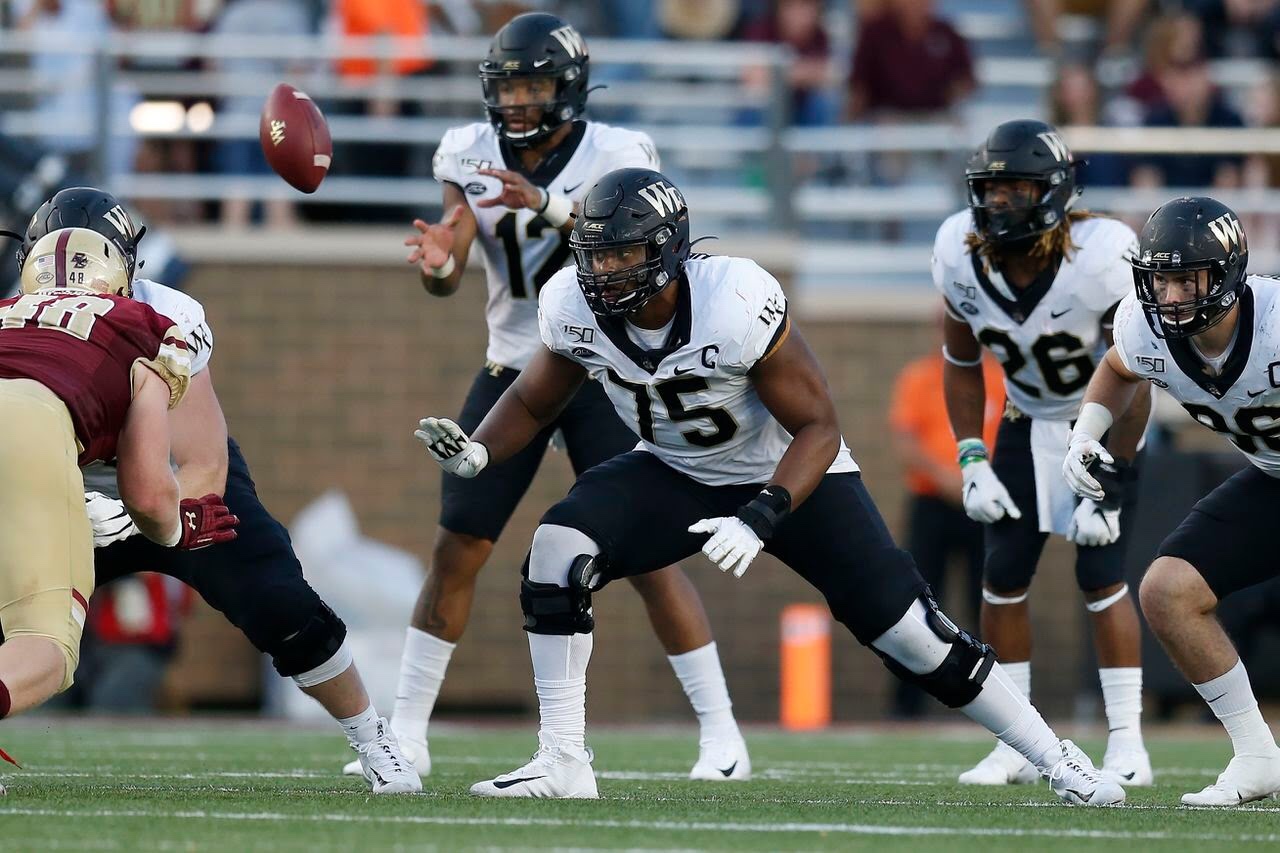 The Patriots drafted Wake Forest offensive tackle Justin Herron in the sixth round. Herron was a four year starter for the Demon Deacons. Herron has played left tackle his entire career but he will kick inside to guard with the Patriots.

Here is my scouting report on Justin Herron.

Initial Pop: Herron shows good explosion off the snap. Maintains his base and feet. Gets his hands on defenders and is able to sustain positioning.

Run Block: Herron moves well laterally and vertically. Gets his hands inside and maintains placement. Plays with good bend and leverage. Works in sync on double teams. Does a good job of coming off, maintaining his feet and establishing contact with second level defenders.

Pass Block: Patient in pass pro. Does a good job in his vertical pass set. Forces speed rushers to get wider. Does a good job of punching, resetting and maintaining his positioning. Has a tendency to lean and ducking his head. Needs to not overcommit and must do a better job of not giving up inside position on double moves.

Pull & Trap: Moves well laterally. Naturally opens up and gains ground quickly. Can get up the hole, locate the second level defender and block him.

Use of Hands: Terrific hands. Gets inside position and maintains. Gets separation especially in pass protection. He is able to punch, recoil and reset.

Strength: Plays strong at the point of attack, especially as a run blocker. Herron has the upper strength to control defenders in single blocks and push the pile.

Explosion: Shows good pop on the snap as a run blocker. Does need to learn to balance up however. Tends to lean at times and he loses hand position and falls of blocks.

Final Thoughts: Herron is a guard. He could develop into a potential starter down the road. He is a physical run blocker who is also fundamentally sound pass blocker. I was impressed with Herron when I saw him in person. He moves well in space and can finish on the second level. He is a good football player.