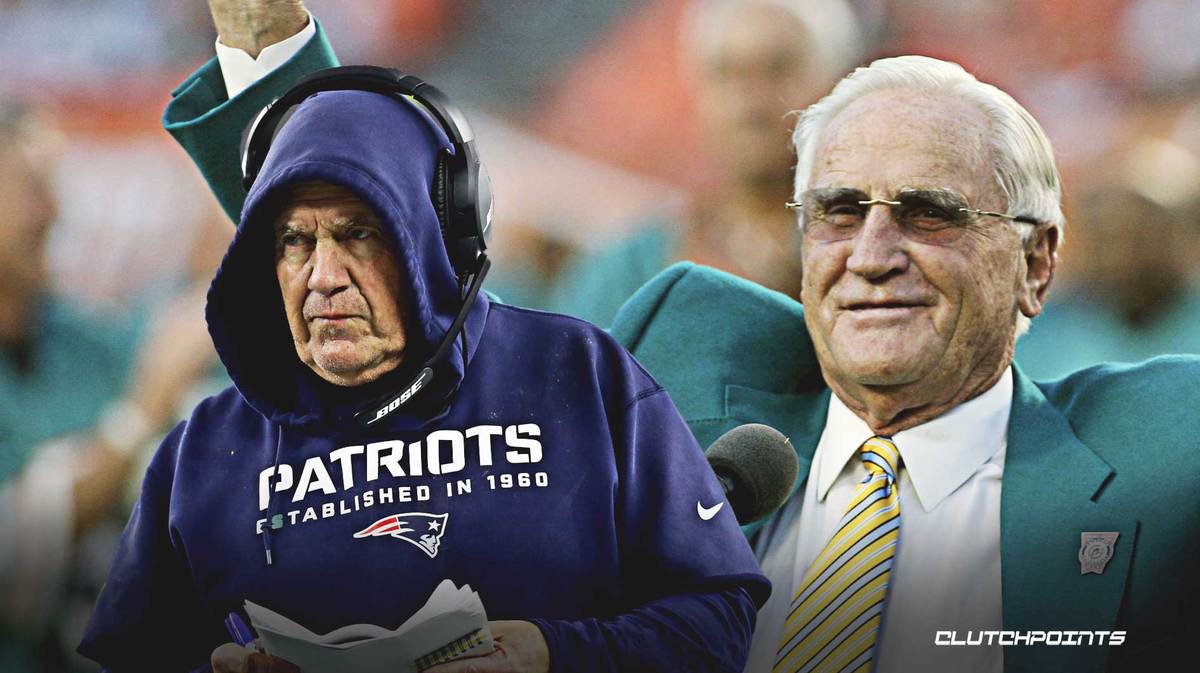 With the passing of legendary coach Don Shula, discussions have quickly began as to where Shula belongs on the proverbial “best coach ever” list.

Two losing seasons is tough to ignore, but not winning with Dan Marino at quarterback should force his legacy to take a bit of a hit. Still, he belongs in the top five, but that isn’t what this piece is about.

Just hours after Shula’s passing, people like Marv Levy and Larry Csonka – who obviously are going to let their agendas be well known, as Levy coached against Shula in the AFC East and Csonka was a star running back under him – heaped praise on the former Dolphins’ coach for who he was both as a man and a coach, but they also found a way to slide in cheap shots clearly directed at Belichick while doing so regarding “doing things the right way.”

Belichick does not have a clean resume, but neither did Shula, Instead of simply acknowledging that both he and Belichick only did whatever they had to do to win, Shula seemed to ramp up the animosity between both of them in the last decade or so, especially once the 19-0 season was off the table. Aside from the massive egos that every coach has whether they show it or not, what else could really make these two guys dislike each other so much?

From Shula’s point of view, I think answer is when you hear the “who’s the greatest coach ever” question asked, Shula’s name rarely comes up.

Think about it. Do you ever say his name while at the bar with your buddies? Or is it Lombardi, Landry, Belichick and Walsh?

Shula’s disdain for Bill may be as trivial as envy, but Belichick was also an easy target with things like SpyGate and DeflateGate, and those things in particular made it easier for Shula to slight the Patriots’ accomplishments, while also making sure he stayed relevant in that discussion.

Now, from Belichick’s point of view, it may simply be because of his head-to-head record against Shula, which was 0-2. To be fair, Belichick never coached against Shula’s Dolphins with the Patriots, but his games with the Browns could still have a small lingering affect after all these years and with the all-time wins record well in sight.

The first meeting came in Bill’s second year at the helm of the Cleveland Browns. The first clash was September 14, 1992, and was also a Monday Night Football prime-time event in Cleveland, with the Dolphins prevailing 27-23.

The Dolphins led 14-0 at the half and 17-3 heading to the fourth quarter. After an early field goal made it 20-3, The Browns got two short TD passes from Bernie Kosar and a David Brandon 32-yard fumble return for a touchdown to cut it to 23-20, but a late 1-yard rushing TD from Mark Higgs sealed it.

The rematch came just a year later on October 10, 1993, again in Cleveland, but it was the same result with Shula coming out on top with a 24-14 win. Dan Marino had just 161 yards on 14 completions with a TD, but Scott Mitchell ended up having to come in, and he threw for two touchdowns and 118 yards. Kosar had just 89 yards on 15 completions  and was sacked five times. Vinny Testaverde chipped in 44 yards on six completions.

Ironically enough, Shula was also drafted by the Browns in the ninth round in 1951.

Unfortunately, the two never met again head-to-head. The Browns franchise returned to Baltimore and became the Ravens after the 1995 season, which also happened to be Shula’s last season at the helm of the Dolphins before they went with Jimmie Johnson.

It’s worth wondering whether or not the desire to continue pushing towards the win record will be ramped up or diminished in Bill’s eyes now that Shula is no longer here to witness the day it happens.

I personally hope that with his passing it motivates Bill that much more, and I also have some hope that the Patriots-Dolphins rivalry will be something worthwhile again for the first time since the early 1990’s. Brian Flores coaching in Miami should help that as well.

Bill Belichick has already surpassed Shula in the discussion of greatest coach ever, yet he is still chasing much more than Shula’s win record. Belichick is chasing the respect Shula got and will continue to get from his former players and peers, even after his death.