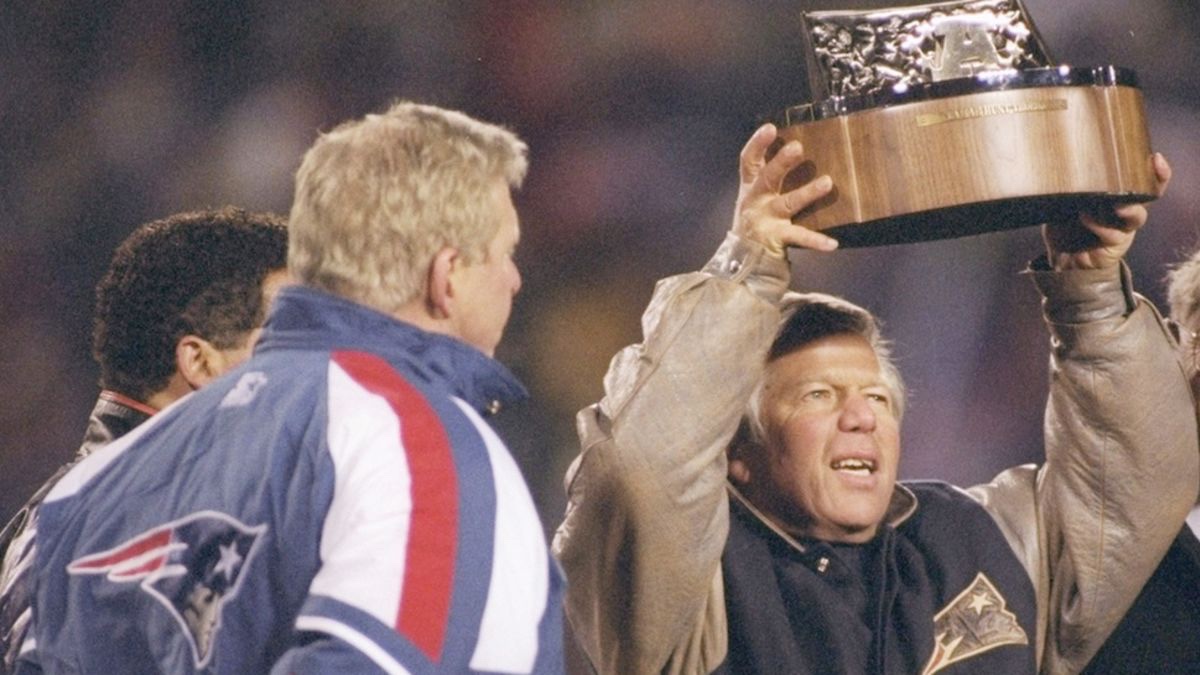 The Patriots announced this morning that defensive end Richard Seymour was elected by the fans as the latest inductee into the Patriots Hall of Fame. Seymour beat out teammate Mike Vrabel and former Patriots coach Bill Parcells.

Seymour winning the fan vote is not a surprise. Big Sey was a fan favorite and a stalwart on three Super Bowl winning teams. You could say the same thing about Vrabel but he beat the Patriots in the playoffs last season and ended Tom Brady’s tenure in New England. Patriots fans did not forget that and therefore he wasn’t voted in.

Parcells also did not get voted in by the fans. Patriots fans over the age of 35 probably didn’t vote for him because they are still pissed about the way he left New England. They think he had one foot out the door during the Super Bowl and it cost the Patriots a title.

Other Patriots fans refused to vote for him simply because they don’t think he deserves it. They have cited that he went 32-32 in four years and that he bolted for the Jets as reasons why he shouldn’t get in.

Arguing against Parcells getting in is foolish to me. These so called “fans” forget that he brought instant credibility to the organization when he was hired in 1993.

The Patriots weren’t exactly a model franchise. The job was far from appealing. They had the worst facilities in the league, unstable ownership and the team was possibly going to relocate to St. Louis.

Parcells could have taken the Falcons or Buccaneers jobs but took the Patriots job instead. Why? Because as he noted, the Patriots were a good fit for him personally and he embraced the challenge of turning the franchise around.

Along with general manager Bobby Grier, Parcells began to remake the Patriots taking quarterback Drew Bledsoe with the first overall pick in 1993. He subsequently drafted several other players who would go on to be key contributors to three Super Bowl teams. Parcells drafted Tedy Bruschi, Willie McGinest, Lawyer Malloy and Ty Law.

Of course if you ask his detractors, they will tell you Grier drafted those players, not Parcells. That is asinine.

This is why if it is left up to the fans, Parcells will never get in. Robert Kraft has to step up and do the right thing. Kraft put in Gil Santos. He can exercise that same authority and put Parcells in.

Kraft and Parcells have mended fences since their break up in 1996. The two have openly admitted that things could have been done differently. Knowing that, it is a no brainer to put Parcells in.

Parcells is 78 years old. The Patriots should put him in before it is too late. It would be great to see the Big Tuna give an acceptance speech in front of the Hall.

The fans voted in Seymour. Give them what they want but also give the people that support Parcells’ candidacy what they want. Put Bill Parcells in the Patriots Hall of Fame. He belongs!

If Kraft doesn’t put Parcells in, then one has to question the validity of the Patriots Hall of Fame and whether or not it is an accurate portrayal of the team’s history.