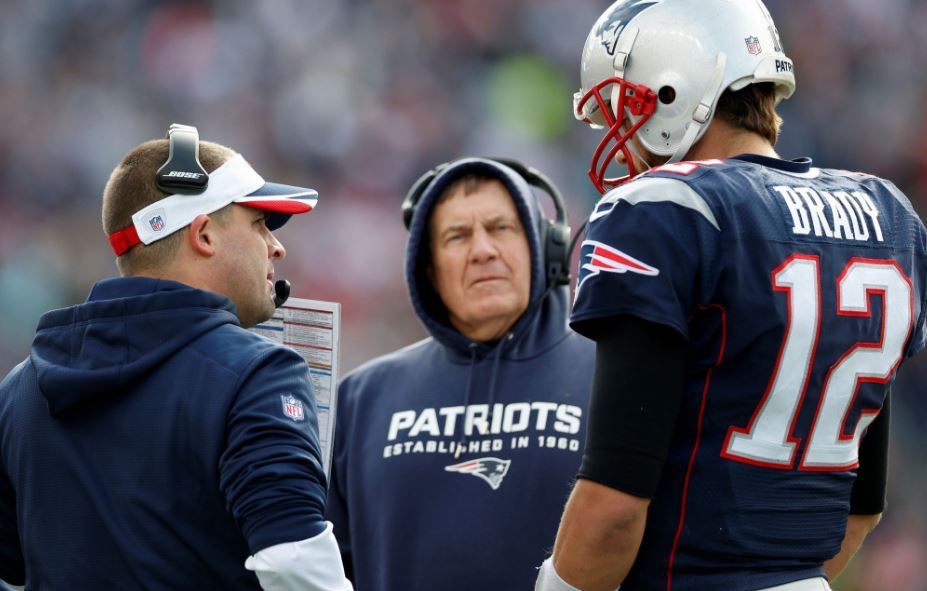 If the Last Dance has taught anything, coaches and players disagreeing with each other is a way of life in sports.

That is why Gary Myers report on Monday that one of the reasons Tom Brady left the Patriots was his deteriorating relationship with Josh McDaniels is a non-story to me.

Hard to present an order of why Tom Brady didn't want to return to Patriots. But one thing has been very much overlooked, according to an excellent source: His deteriorating relationship with OC Josh McDaniels. Tom was worn out by Josh after all these years. That surprised me.

They made seem they were brothers fighting after sideline blowups. Worse than that. Brady also wanted more input into game plan. Also, he knew it was final season in NE & said when he didn't trust WRs, didn't throw to them. Bad look. Pats lacked reliable WR other than Edelman.

Fighting, arguing and disagreements are a way of life in football. Football is a game of emotion. Players and coaches alike are constantly disagreeing with each other when it comes to game planning, play calling and execution.

Brady and McDaniels are no different. They are not immune to disagreeing. Both are highly intelligent, competitive guys who want to win.

Both know the system they operate in and out and when they don’t agree on a play or a concept, it could lead to some friction between them. Friction between coordinators and their players is pretty common at every level, not just the NFL.

I have been a position coach and offensive coordinator at the college and high school level for the past 24 years. There have been plenty of instances where a player and I didn’t agree on a play or technique I was teaching. It didn’t necessarily lead to arguing in front of other coaches and players but I have had heated conversations with players behind the scenes. It happens all the time.

I am not trying to discredit what Myers said. I have the utmost respect for him as a journalist. He is a million times more connected around the NFL than I will ever be. I just don’t think Brady’s relationship with McDaniels is one of the reasons he left New England.

So, in my opinion, here's why Brady is not in NE, in no order:
*Was worn out by Belichick. Not fun in NE
*Create competition with BB to see who could win SB without the other
*Tired of McDaniels
*Wanted more $ & more than a 1-year deal
*Talent around him diminished
*Warm weather

People begin to drift apart in life. It happens. Brady was ready for a change. The Patriot Way no longer suited him. He wanted to get paid and he wanted to play with a skill group that gave him a chance to win. He got both in Tampa.

Was McDaniels and Brady’s relationship strained last season? Absolutely. It was a tough season offensively. Despite that, I don’t think it had anything to do with Brady’s departure. There are several reasons why Brady left. I don’t think McDaniels was one of them.