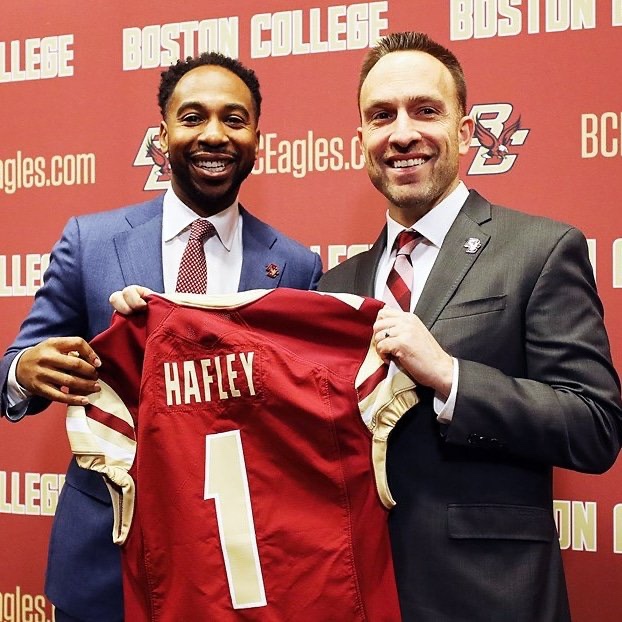 The Boston College athletic department, like thousands of others across the country have been dealing with unprecedented situations, but the task of making things seem as normal as possible just got even harder for the Eagle family.

Jarmond was at Boston College since 2017, but perhaps he will be remembered most for hiring new football coach Jeff Hafley in December of 2019. Jarmond has been the face of BC athletics for three years, but Hafley’s hire was felt at a national level and has created quite a bit of buzz around a program that had little to no buzz during the end of the Adazio era.

There are a couple ways to look at how this will affect not only the football program, but all of Boston College athletics. For starters, you can question the timing. In the midst of a pandemic, a lot of alumni and probably even a lot of staff members are going to be up in arms about the athletic director leaving in such uncertain times, but from the UCLA part of it, there’s no time like the present.

If you’re the BC football staff – and in particular Jeff Hafley – it won’t take away from the progress they’re making and it won’t ultimately have any affect on what product BC puts out on the field, but there’s got to be a human element of feeling cheated on for lack of a better term. The the guy that hired you turns around and leaves just five months later, that’s probably never going to sit well with anyone. However, if you’ve been around coach Hafley and his staff for even five minutes, you know as an Eagle supporter the team couldn’t be in better hands.

From Jarmond’s point of view, who the hell wouldn’t want to go live in California and work at a well-known university like UCLA? More importantly, Jarmond becomes the first ever black athletic director at UCLA. If you’ve got a chance to truly say “I made history” in this life, you’ve got to take it and no one should blame he and his family for doing just that.

As a whole, I don’t think this really does much damage to the football program from the Eagles, but it’s hard to ignore the human element and the staff will have to be careful to tread lightly with guys that may have built a significant bond or relationship with Jarmond.

While I never personally got the chance to meet Martin at a press conference or something of that nature, it was easy to see from afar that he was extremely personable and truly built relationships with his co-workers and all the athletes wearing maroon and gold.

So, who fills his spot? Well, you’ve got to always look for the connections first and foremost, so Holy Cross and BC alumni immediately jump to the top of the list in my mind. One thing that’s certain is that the Eagles will have a vigilante national search and will choose who they believe is the right guy to continue leading Boston College athletics out of the pandemic and into the 2020-2021 season.