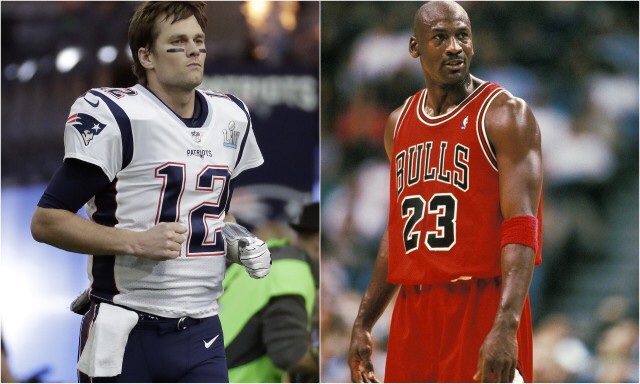 Unless you’re not a sports fan or have been living under a rock, “The Last Dance” documentary on ESPN about the Chicago Bulls of the 90’s has been the most popular thing on television (aside from Tiger King maybe, which I can proudly say Iv’e never seen) during this pandemic.

Of course, this is a football site and not a basketball one, but I couldn’t help but think about the end of the Patriots dynasty while watching the final two episodes on Sunday night.

The Chicago Bulls won a title before their group was broken up, they were still able to go out with a parade and viewed as champions. Meanwhile, the greatest dynasty in the history of football and maybe pro sports ended with a slight whimper on Wild Card weekend. Tom Brady never had one final touchdown pass, no final Super Bowl MVP award presentation, no parade.

Michael Jordan had a game winning shot to end his dynasty. Tom Brady threw a pick-six and quickly jogged off the field and out of the lives of New England Patriot fans.

If that doesn’t make your stomach turn then you just don’t care as much as most die-hard fans should.

In the final episode of ‘The Last Dance”, head coach Phil Jackson is given the opportunity by the team’s owner to come back for the 1999 season after winning a sixth title in eight years. It’s also important to point out that the general manager of the team at the time Jerry Krauss had said for the entire season that no matter what happened, Jackson would be gone.

Jackson turned the offer down, Jordan retired, Dennis Rodman was released, Scottie Pippen was traded and things have never been the same in Chicago since.

In Foxborough, Tom Brady never even had the opportunity to come back with a serious contact offer, the coach has seemingly been overruled by the owner on trades that included Rob Gronkowski (to Detroit) and Jimmy G, and both the offensive coordinator and director of player personnel have been on the verge of walking out multiple times over the past couple years. Let’s also not forget that there has been a massive overhaul with coaching staff departures.

The similarity in regards to the disfunction at the end are striking, but the Patriots never had the same type of closure that the Bulls got.

Before anyone goes nuts and starts chirping me about basketball and football being apples and oranges business wise, I acknowledge that Bill having player control and being a coach makes the Patriots’ situation different than the Bulls one. I also realize a roster of 53 is much tougher to manage than one with 15-16 guys on it, but the lack of a proper ending to this dynasty compared to the Bulls’ dynasty is stunning to me.

The Bulls dynasty didn’t have to end. All of those guys could have gone back for a year and tried to grab a seventh title, and Michael Jordan even admitted that in the final scenes of the documentary. But, the knowledge that the 1998 year was probably going to be it for all of them allowed that Bulls team to play with a singular focus for the entire season., even if they did have to deal with all the media crap that came along with it.

The Patriots dynasty didn’t have to end, but the uncertainty of the 2019 season and Brady seemingly already having his mind made up regarding his future robbed the franchise of a fitting ending with another Super Bowl, and it robbed the fans of an appropriate good bye.

No matter who’s fault it is, whether you blame Brady, Bill or the Krafts, ultimately we will all have to live with the fact that the dynasty will never have it’s proper ending, and fans should never let that go.